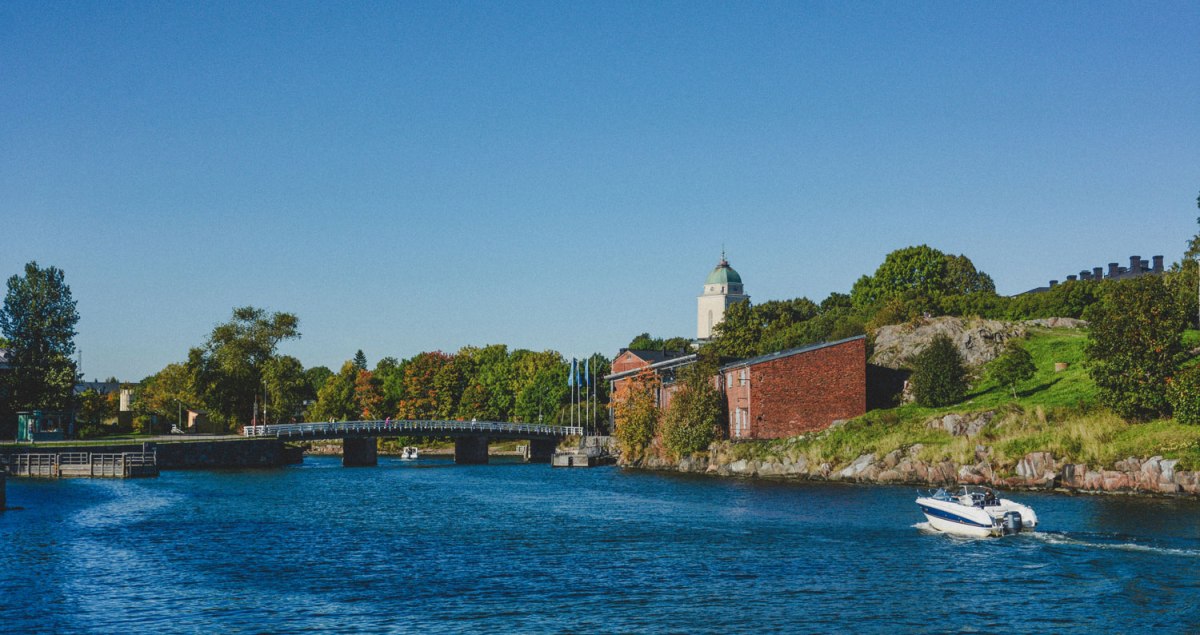 As a disclaimer: These photos were taken during a visit in September 2017, so this post may not be representative of this site today.


Whenever I think of this trip to Helsinki, I think first of the cathedral, as one does, and then I think of my favorite part of the trip — Suomenlinna. It covers a total of eight islands, and was originally constructed as a fortress by the Swedish, who knew it as Sveaborg.

It was originally built beginning in 1748, to serve as protection against Russian expansionism. In 1808, during the Finnish War, Sweden surrendered the fortress to Russia, so that the eastern giant occupied Helsinki in 1809. In 1918, after Finnish independence, Russia ceded Suomenlinna back to Finland. Today, it is a UNESCO World Heritage site, and popular among both locals and tourists.

Built during the Russian era, the Jetty Barracks is the main gateway to the fortress, and the first building you see as disembark on Suomenlinna. It was built in 1868-1870, and was designed to accommodate 250 soldiers in peacetime. Today, it houses a tourist information office, a restaurant, an art gallery, and a café.

The church was originally built as a Russian Orthodox Church in 1854, with five steeples, each topped with a traditional onion-shaped dome. After Finnish independence, the church was converted into an Evangelical-Lutheran church, and its architecture was altered.

Suomenlinna is home to a number of museums describing its history and the effect of military occupation by different forces. You can also simply ignore this and walk around, enjoying the sights, as I mostly did. It’s such a gorgeous island, and the day was so beautifully sunny and pleasantly warm that whenever I think of what I wish summer was like, I think of Suomenlinna (it was actually early autumn, which goes to show how little summer and I get along!).

These structures, which look a little like hobbit houses, are gunpowder magazines. Building them in this manner kept the gunpowder dry and safe from enemy fire.

I didn’t see this when I was there, but apparently one of them has been refurbished and transformed into a banquet hall! Can you imagine hosting a party there?

Considered an iconic symbol of Suomenlinna, the King’s Gate was built in the 1750s by Augustin Ehrensvärd as the entrance to the fortress. In the 1770s, it was transformed into a double drawbridge. The gate was refurbished in 1925 after it suffered damage during the Crimean War, and most recently in 1998, to celebrate Suomenlinna’s 250th anniversary.