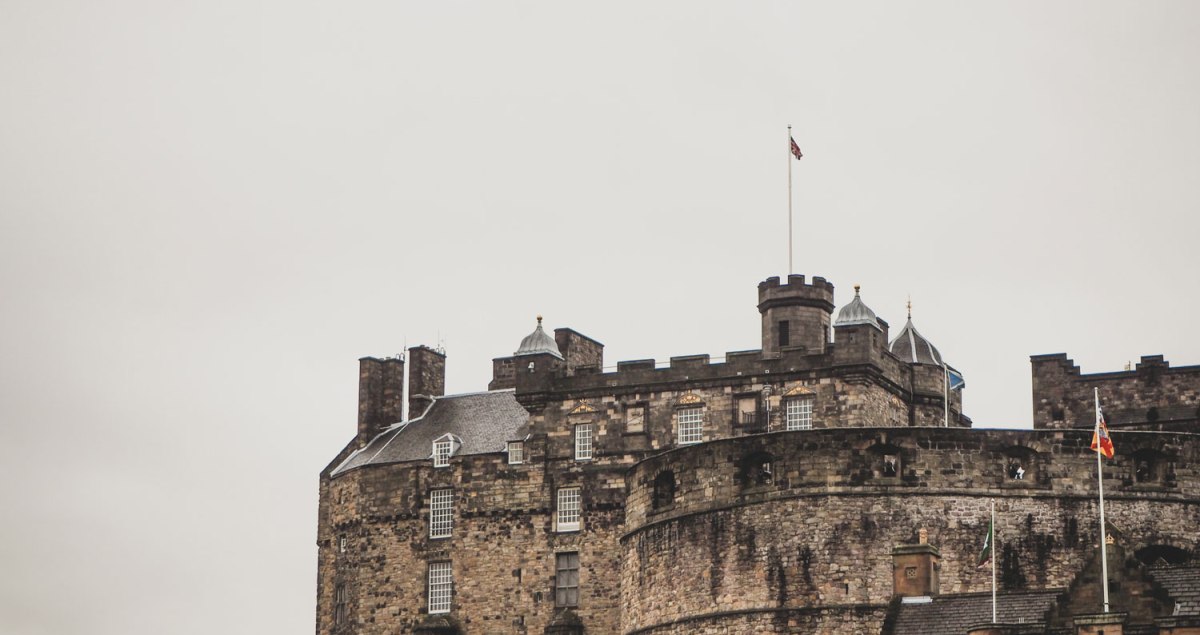 I love the rain conditionally. As in, I absolutely adore it when it rains, the sound of it hitting the window and the pavement outside my walls, the way the sky darkens and the whole day feels like the never-waking early dawn or perpetual twilight, a mere suspension of the darkness of night, just a breath in between. I do not enjoy, however, having to walk in it, and often curse my luck when it rains precisely in the hours that I need to be without the shelter of a roof to keep me from getting soaked. Fortunately for me, it rarely rains in Madrid; unfortunately for the me that went on this trip, this is not the case with Edinburgh.

Fortunately for my past self, however, Edinburgh is full of cute coffee shops into which to scurry when the weather drops the ball on you, which is how I began my morning on my second day there. The Milkman is a tiny coffee shop located on Cockburn Street, serving what has to have been my favorite coffee of the whole trip. 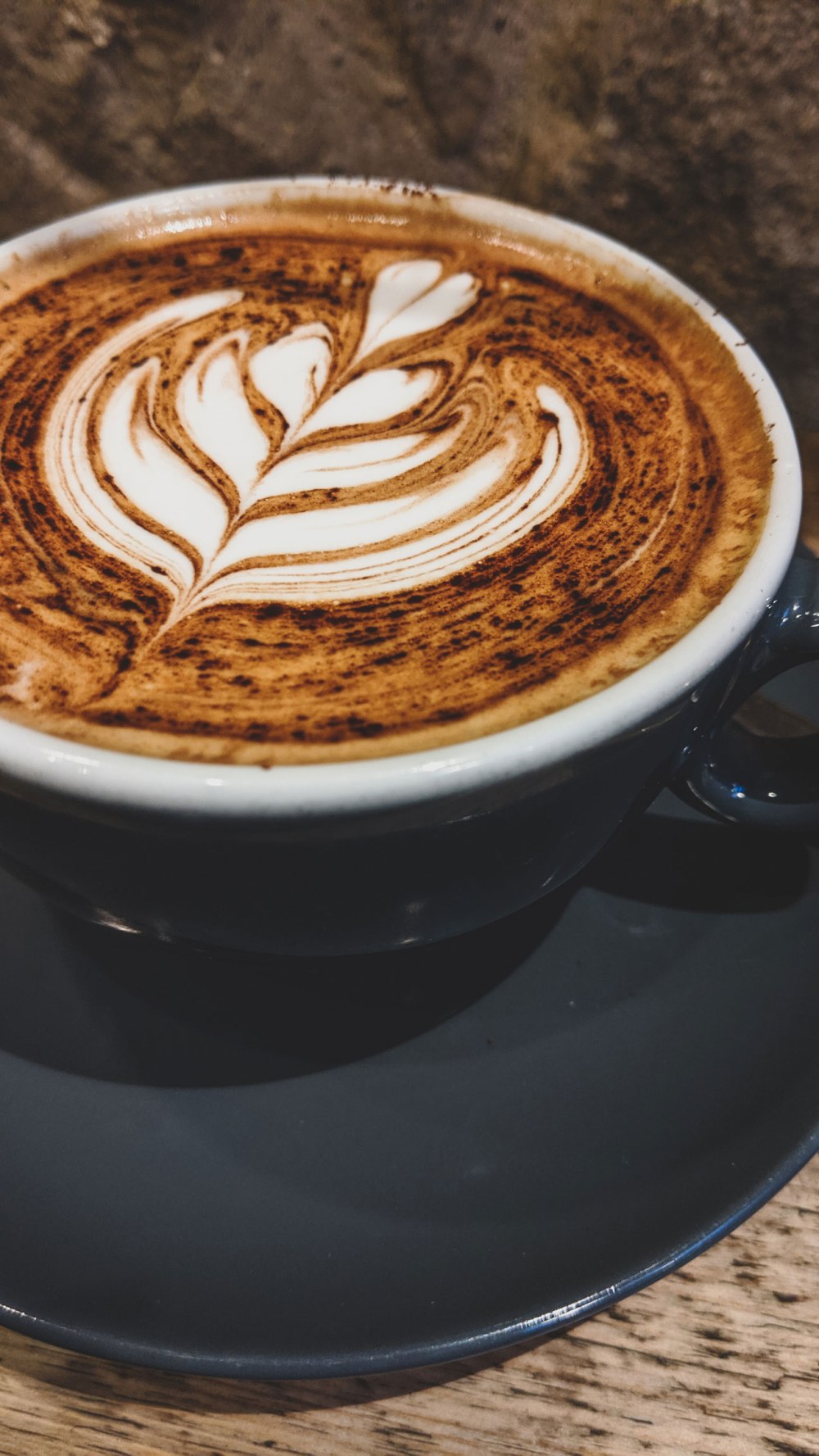 Its interior is potted-cactus rustic, with seats facing out the window, making it easy to people watch while caffeinating yourself.

By the time I arrived to Victoria Street, the rain had subsided, which allowed me to stop and do some exploring. And it is every bit as pretty as everybody had claimed it to be. 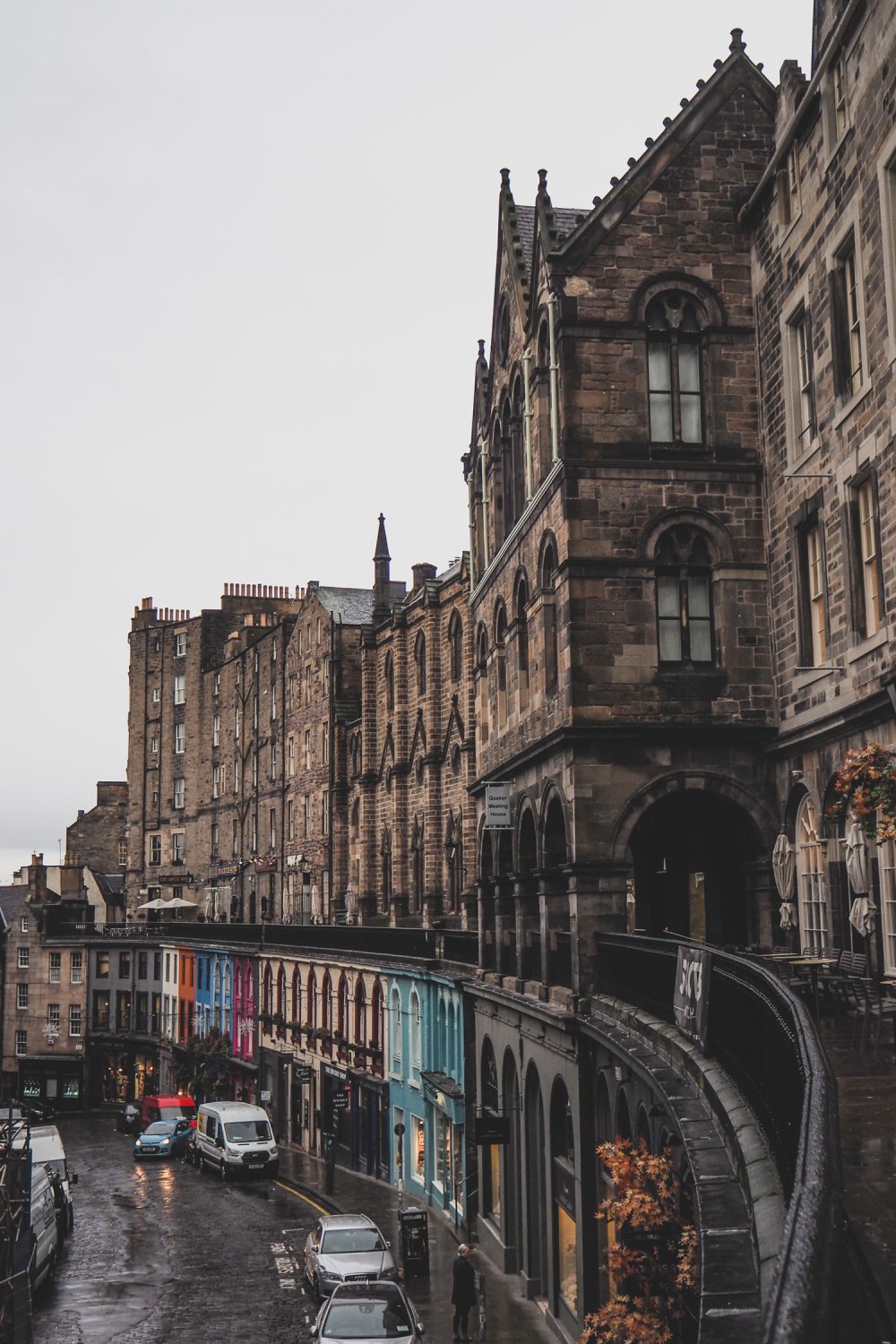 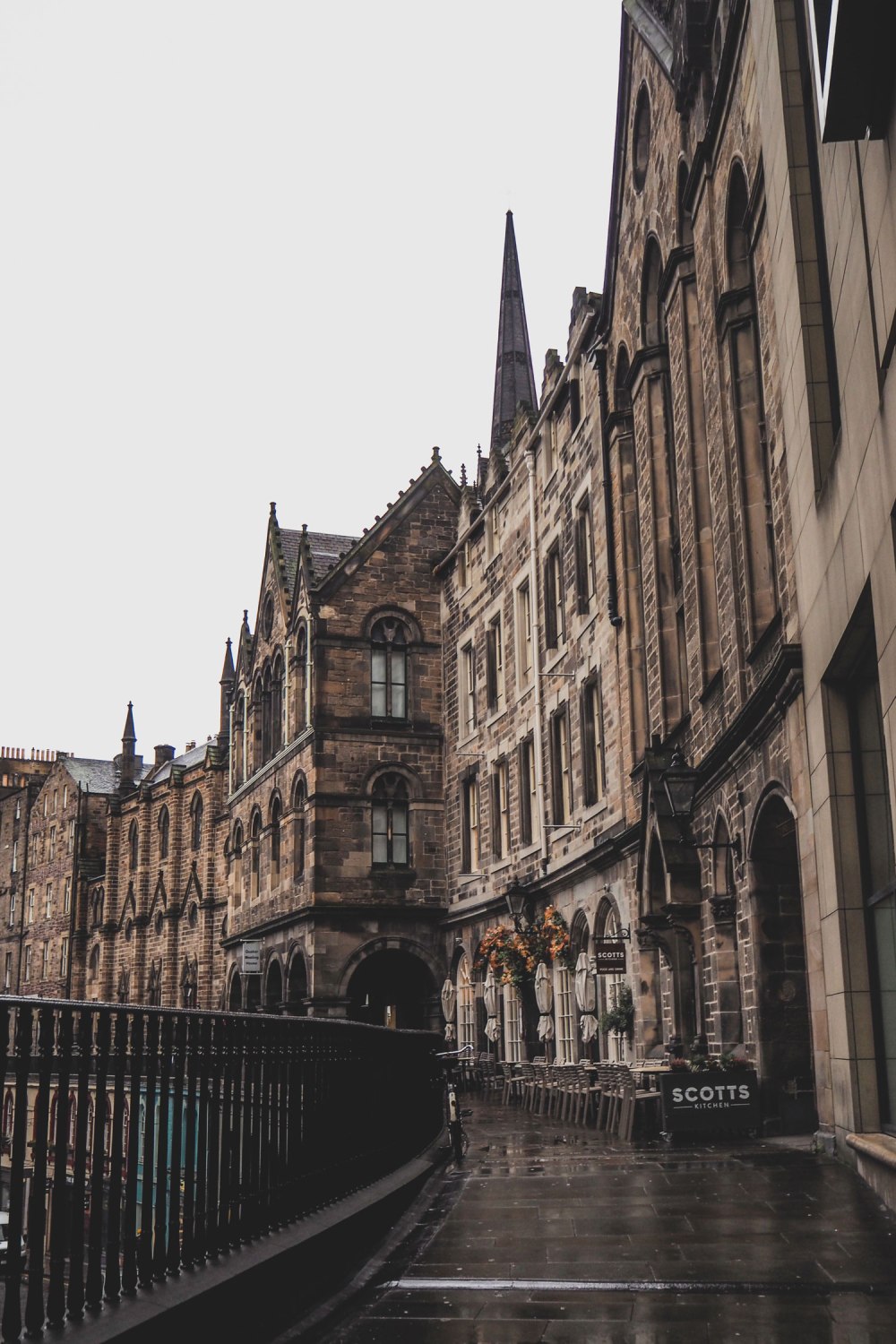 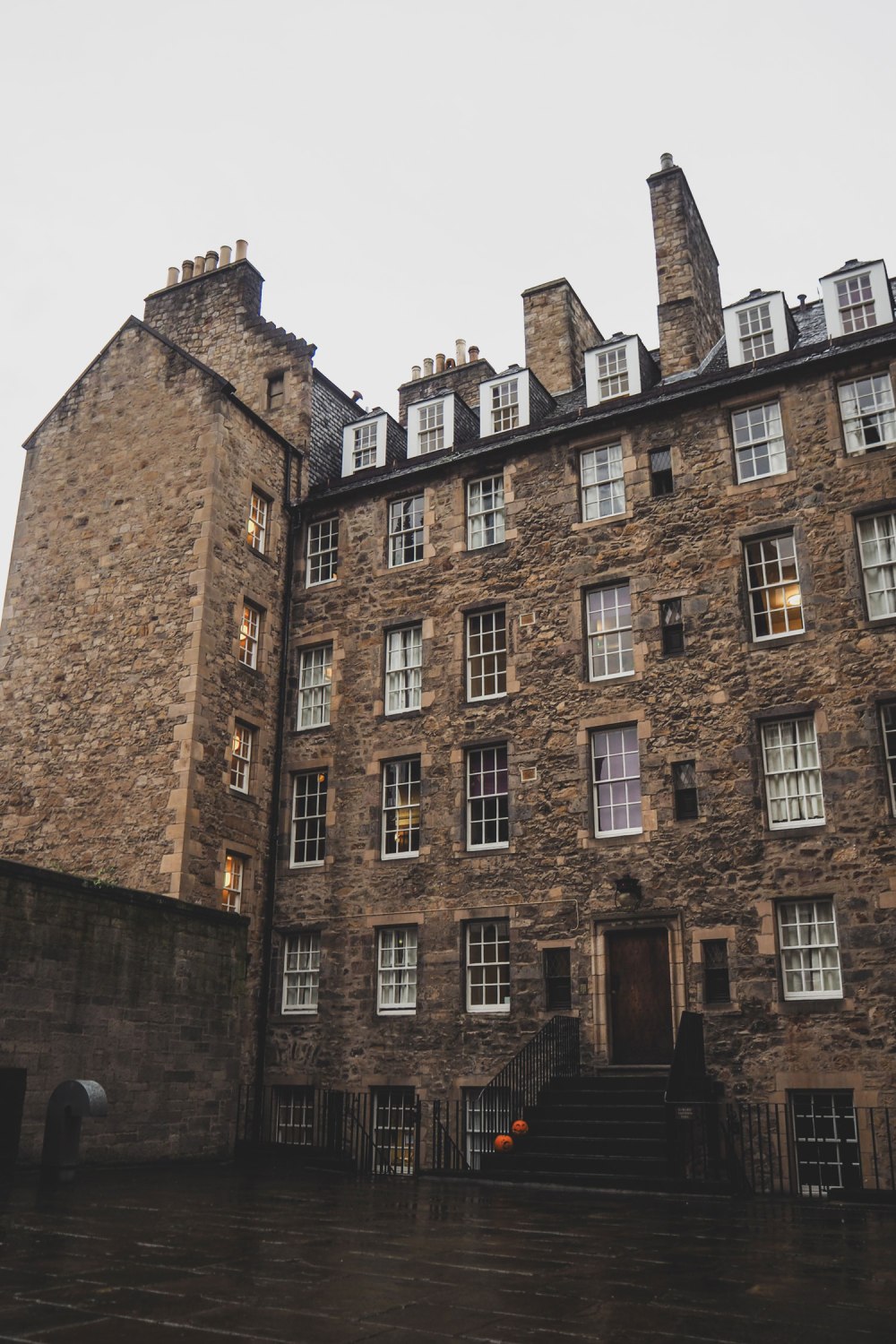 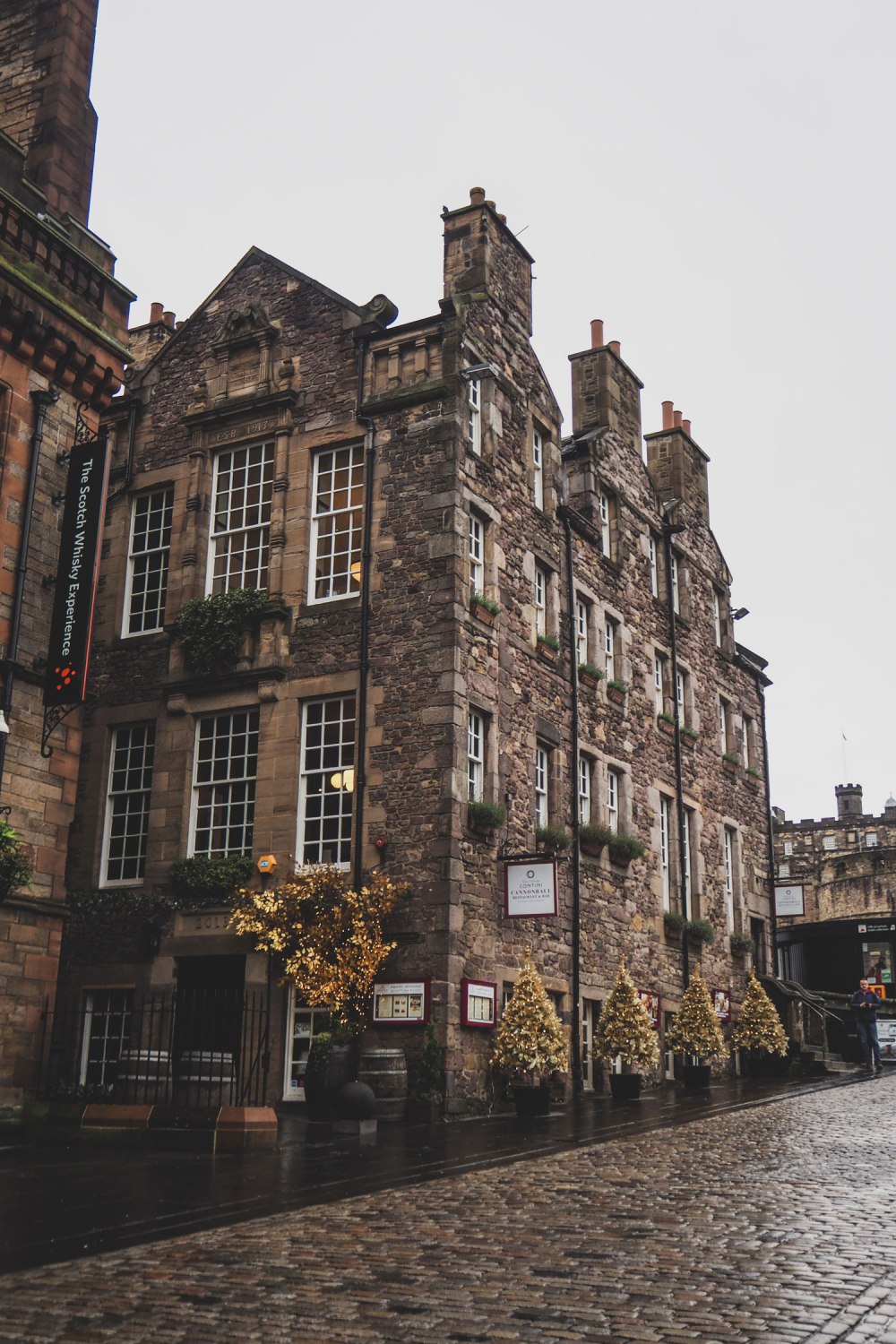 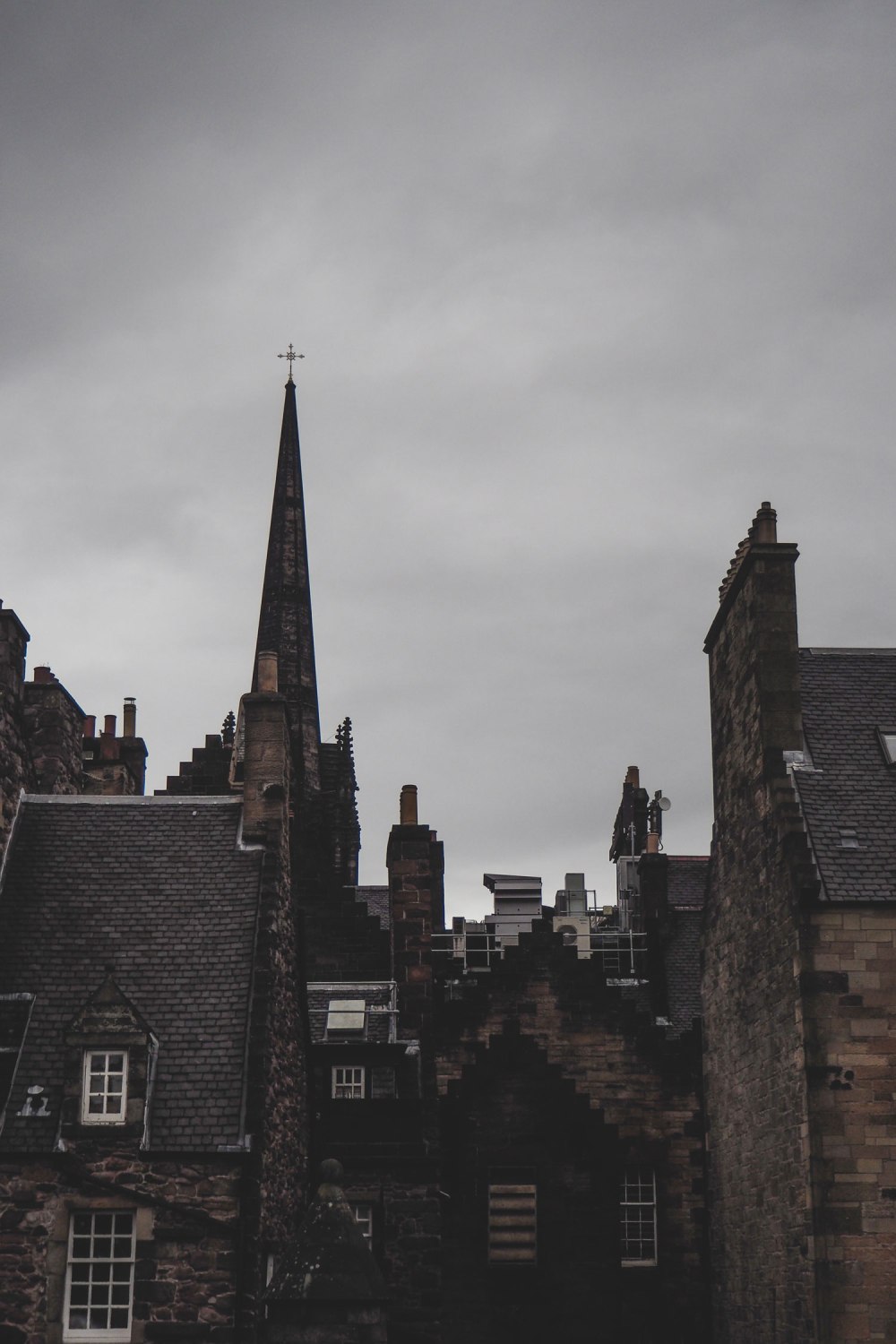 I will go ahead and point out what will momentarily become supremely obvious – Edinburgh Castle is important to make a visit for due to its historical significance, but a huge draw to it is its perch atop Castle Rock (GoT vibes, yep) and the stunningly gorgeous views that you get from there as a result, even on a gloomy day such as this. 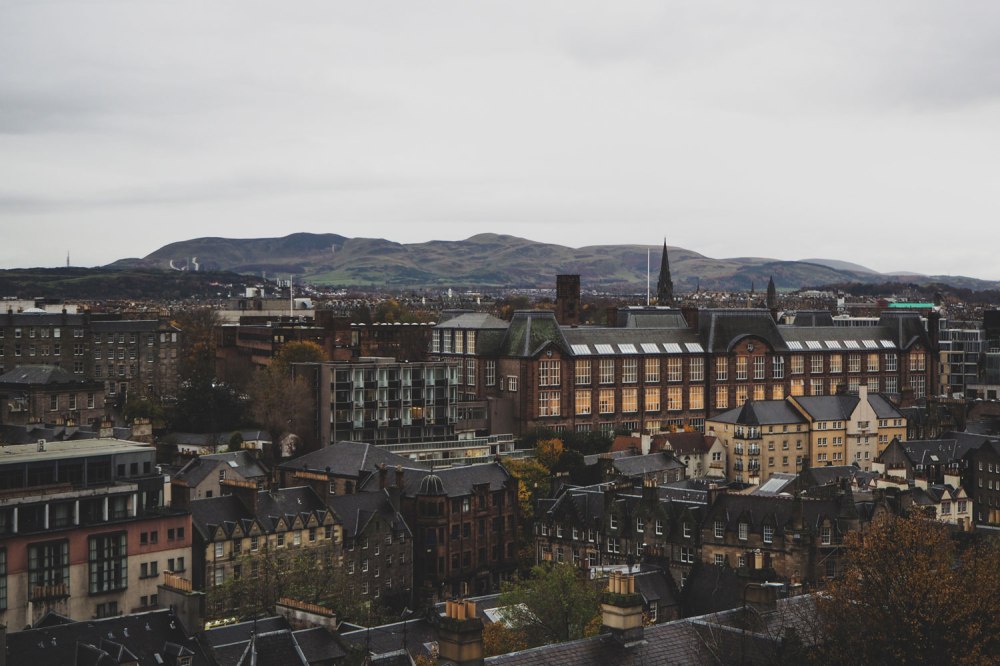 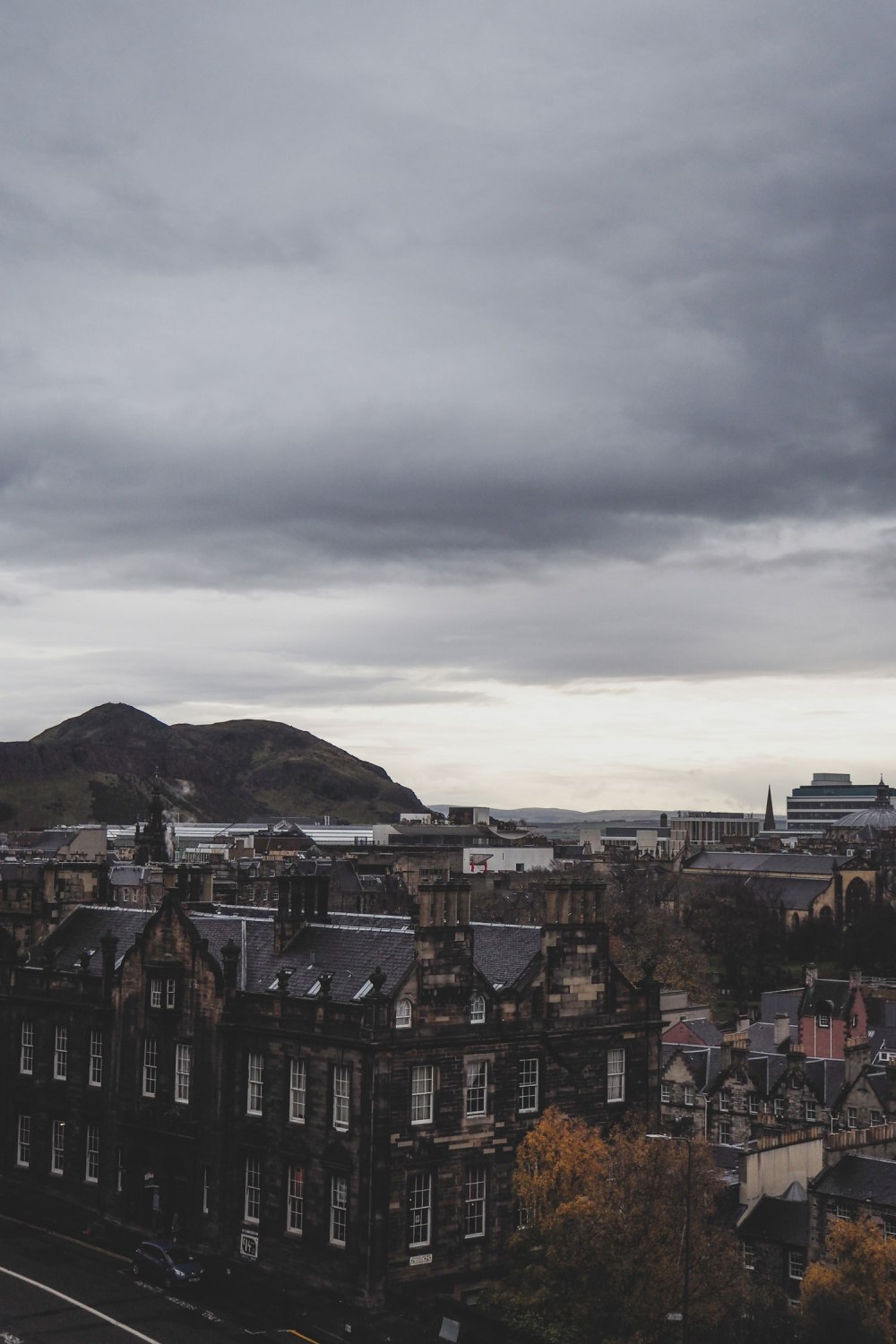 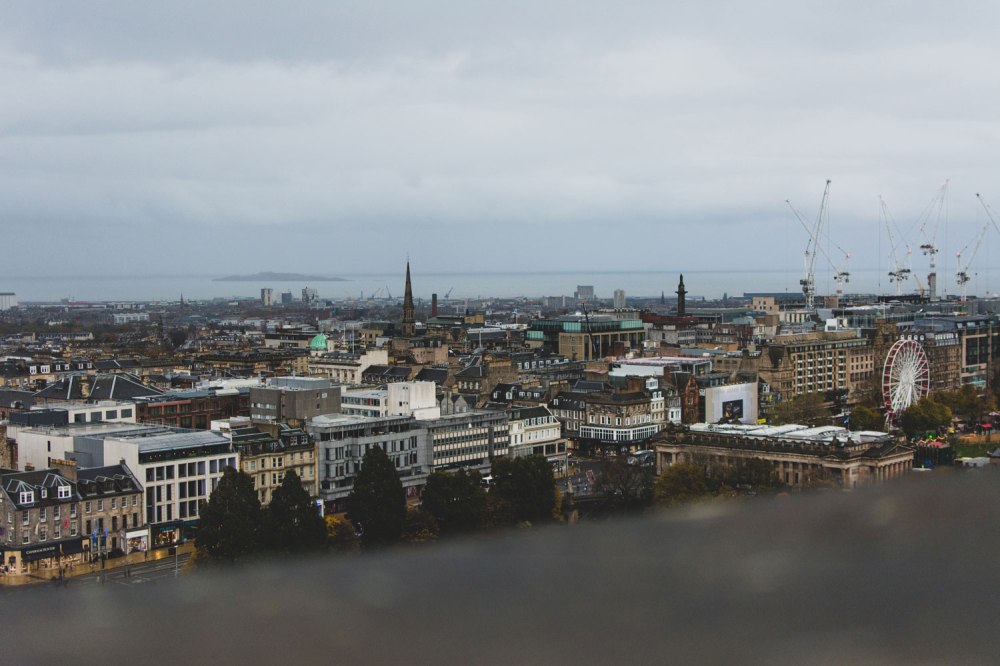 The plug of an extinct volcano, Castle Rock has been occupied since the Iron Age (2nd century CE), and a royal castle has sat upon it since the reign of David I in the 12th. The castle continued to be used as an occasional royal residence until the 1500s, when it began to descend into disrepair and was only used as a military barracks. It was from the 19th century on that its importance to Scottish history was truly valued, and a number of restoration programs have since been launched in order to preserve this historical monument. 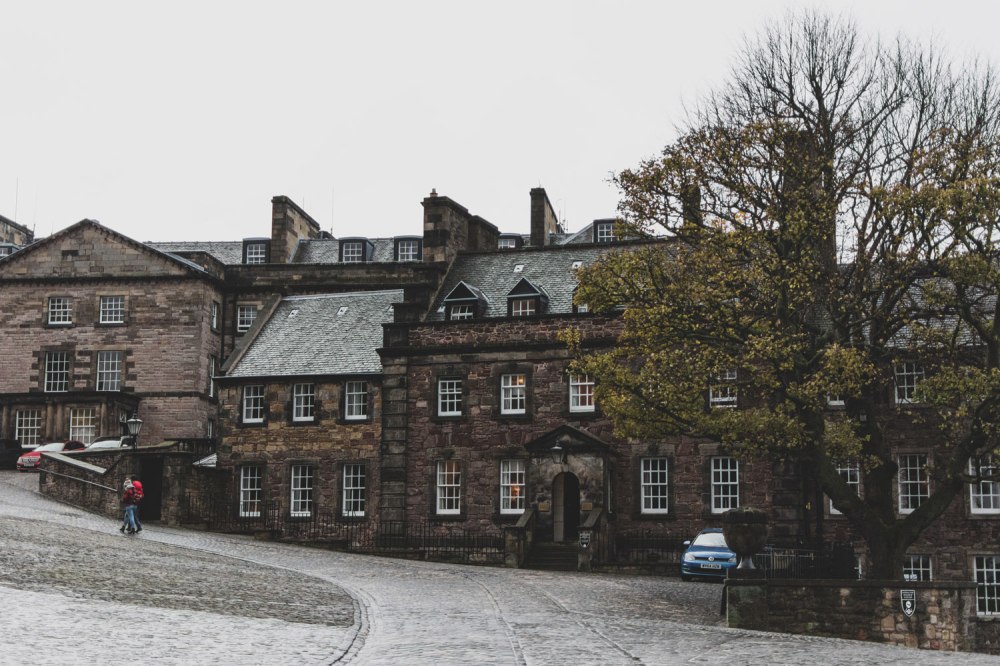 Throughout its 1100-year-long history, historians have been able to identify a total of 26 sieges on Edinburgh Castle, so that its claim to being the most besieged place in Great Britain certainly rings true. The castle has played a part in the Wars of Scottish Independence, served as the birthplace of James VI and I, son of Mary, Queen of Scots, and was later turned into a prison before becoming a museum in the 19th century. 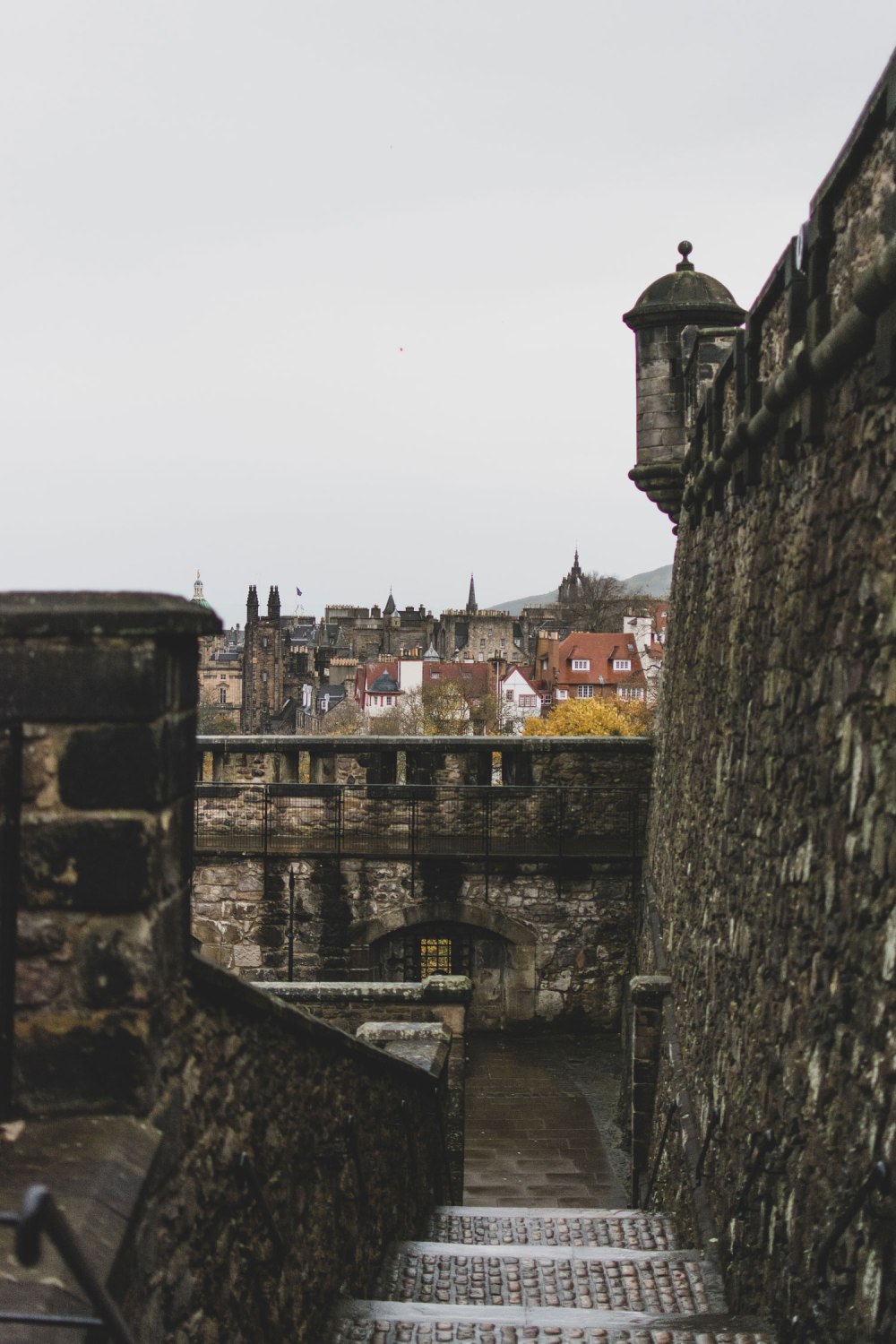 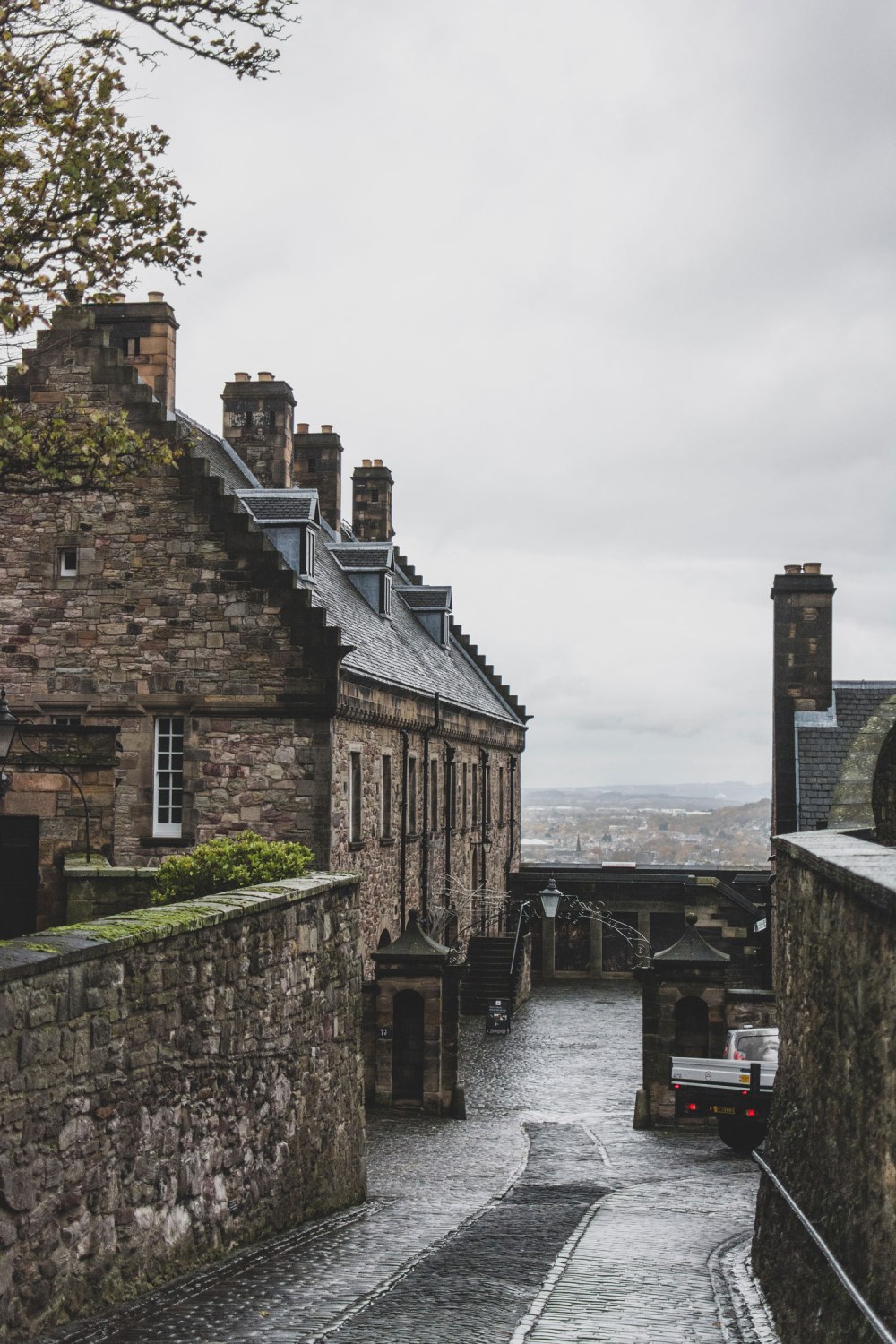 While nowadays the site mostly falls under the jurisdiction of Historic Environment Scotland, the Army remains responsible for some sections of it, including the New Barracks block and the National War Museum.

The National War Museum explores 400 years of war history, including war within Scotland’s own bounds, through its skirmishes and subsequent alliance with its English neighbor, as well as its participation in conflicts abroad. 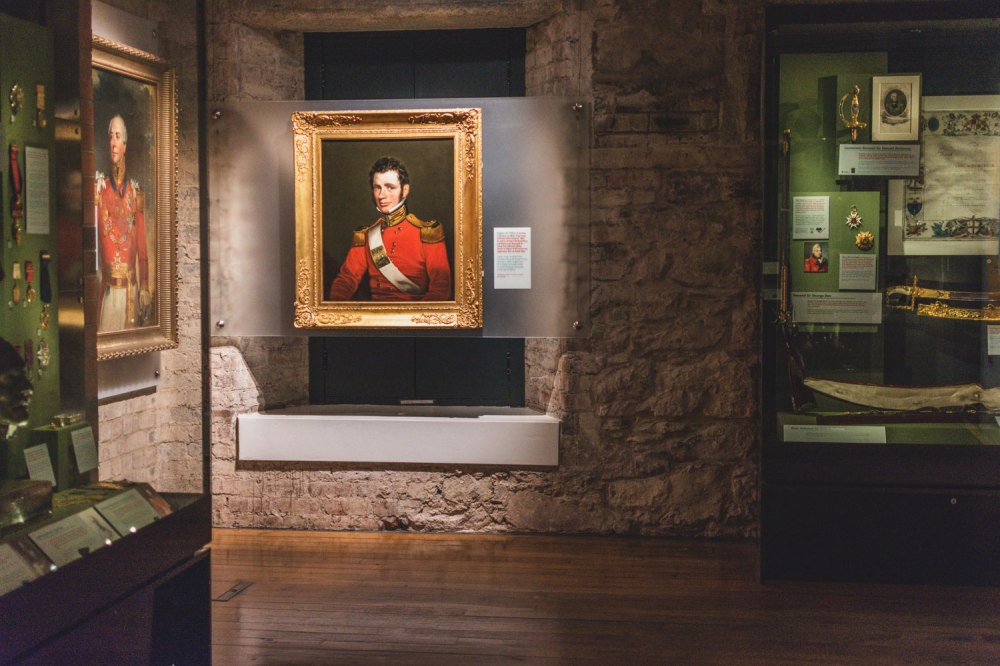 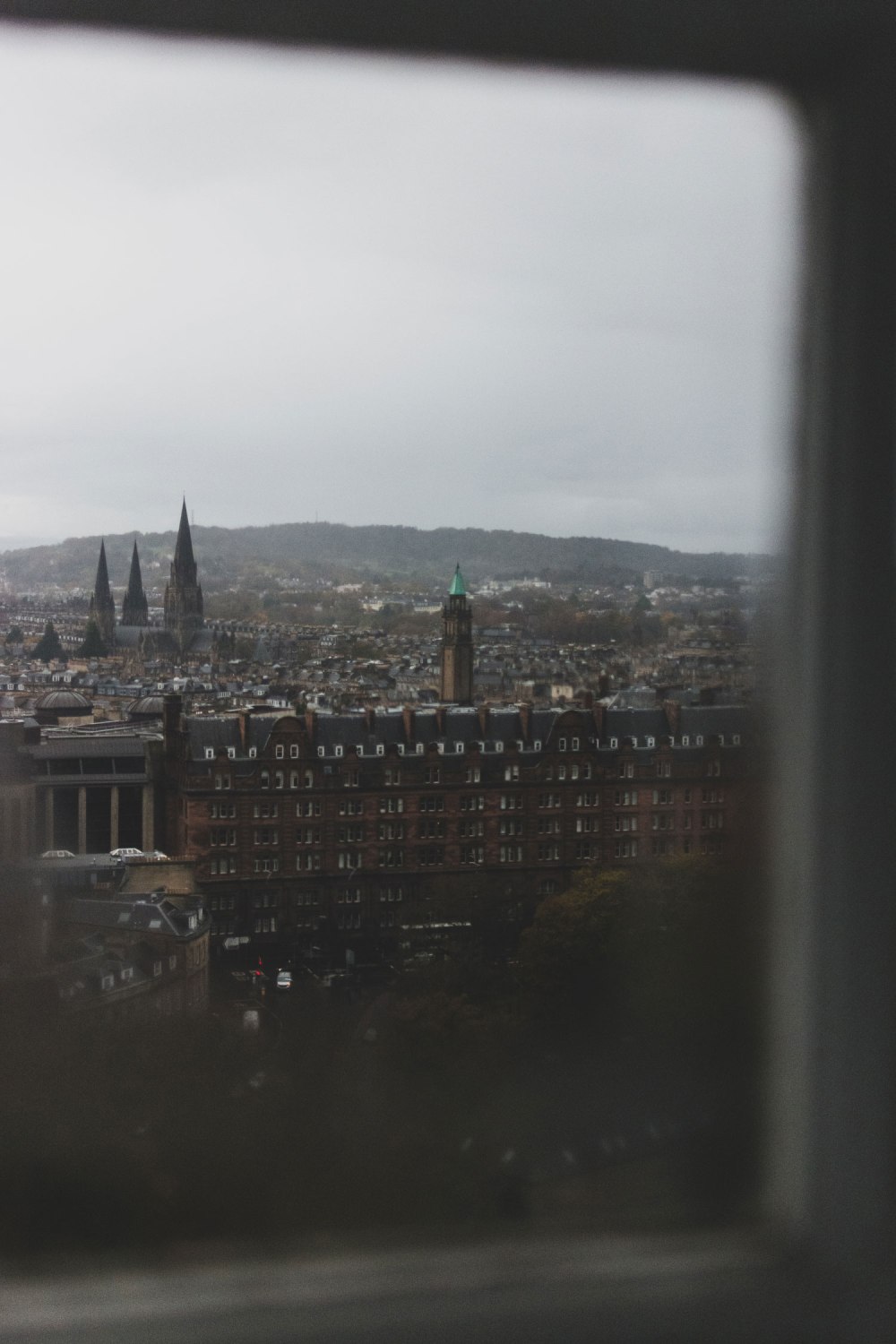 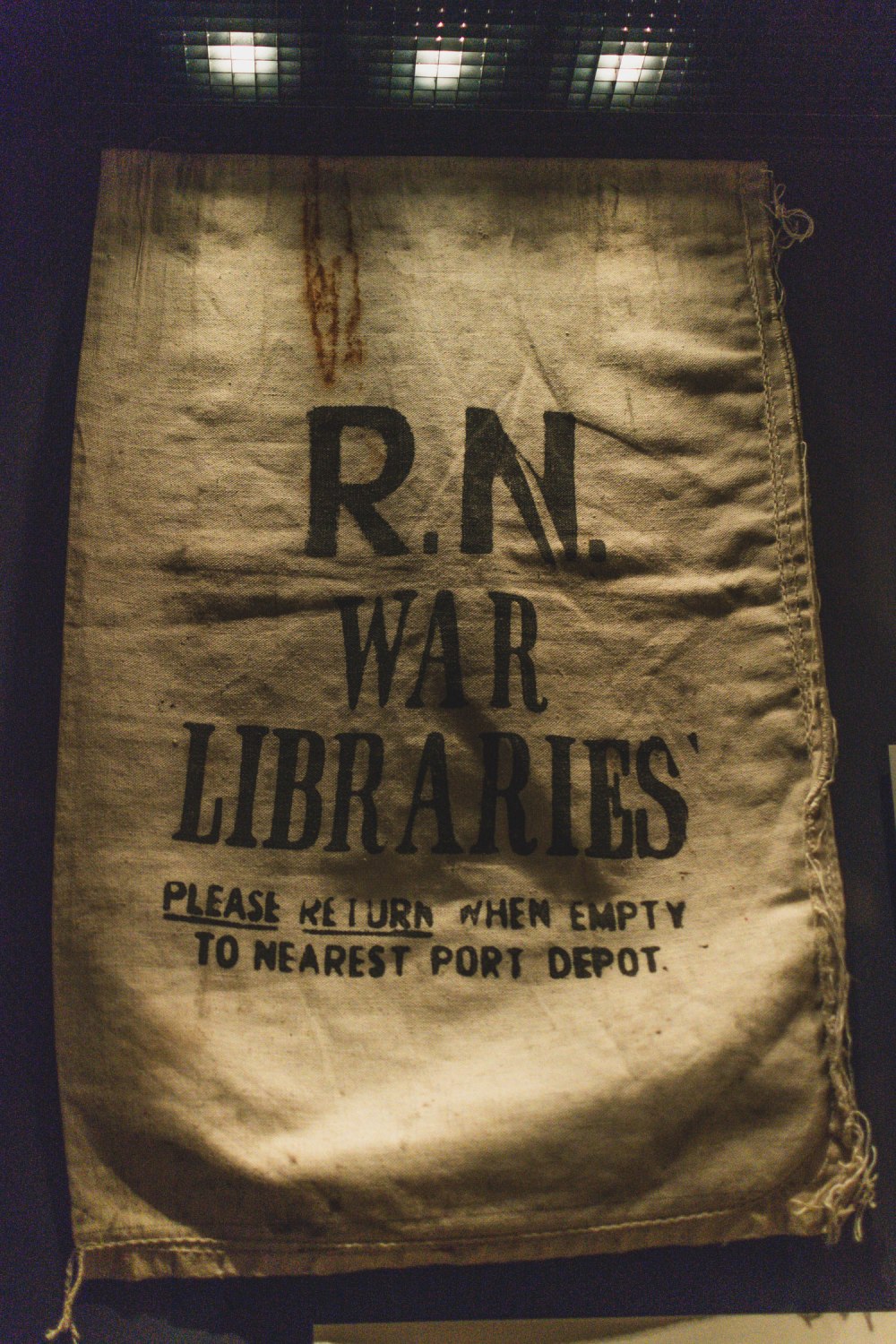 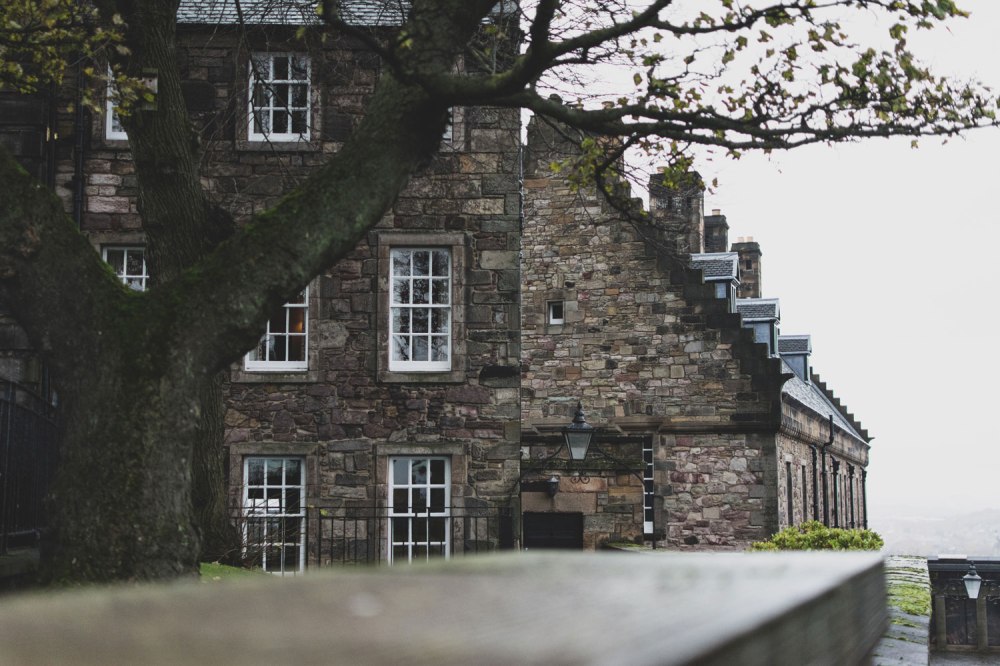 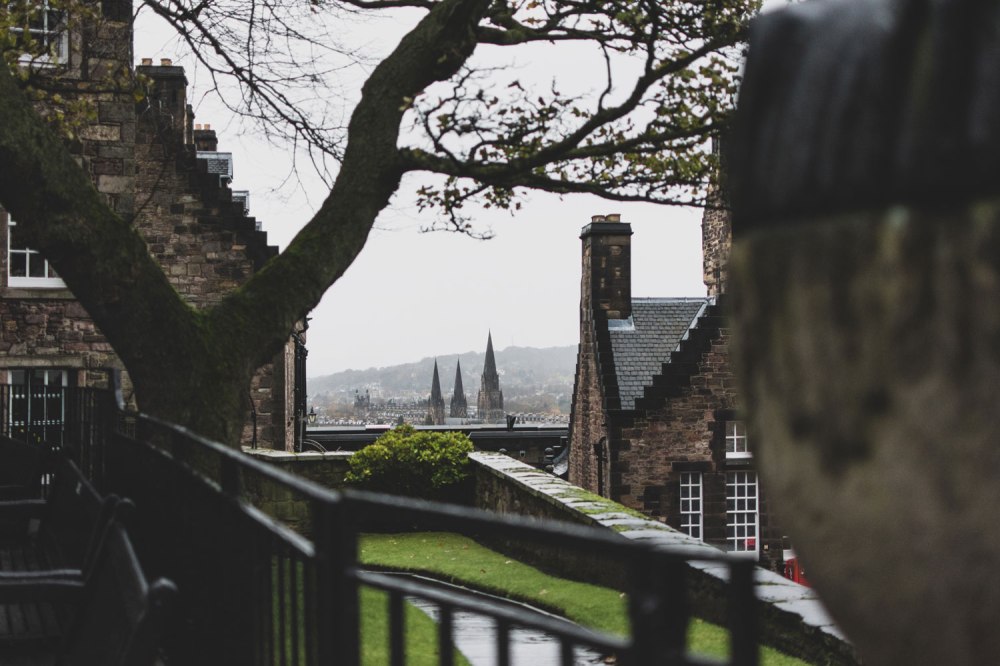 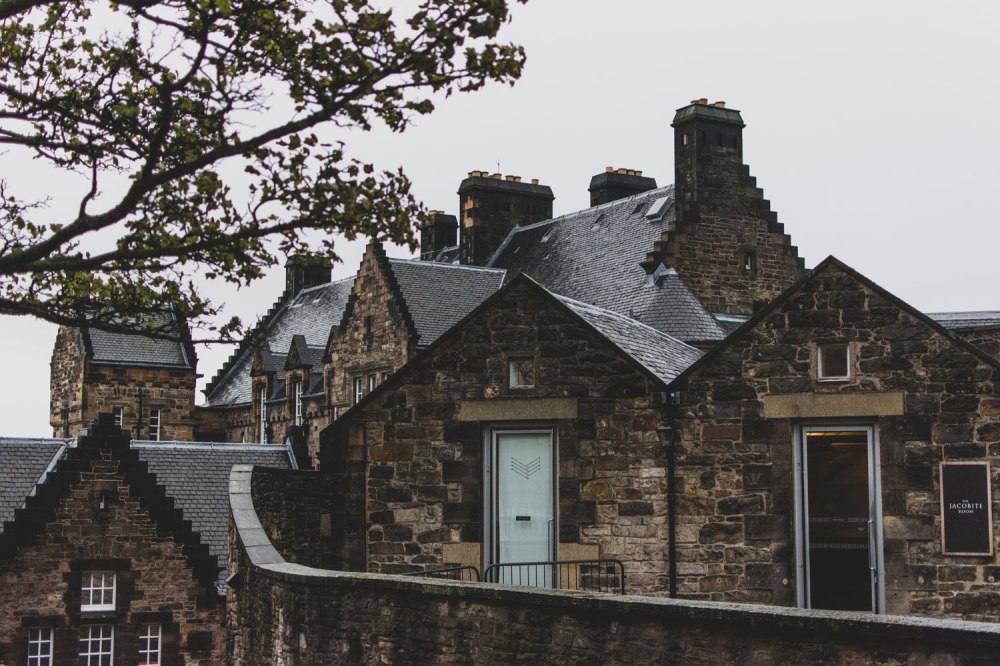 This prison was constructed during Victorian times in order to hold offending soldiers from the castle garrison and those of visiting regiments. It was closed in 1921. 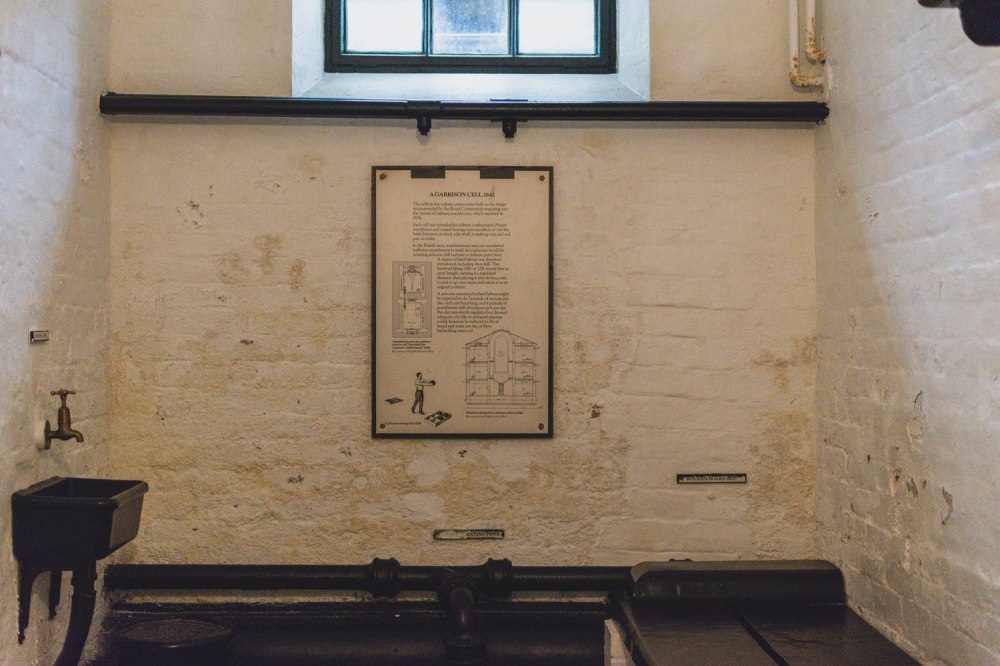 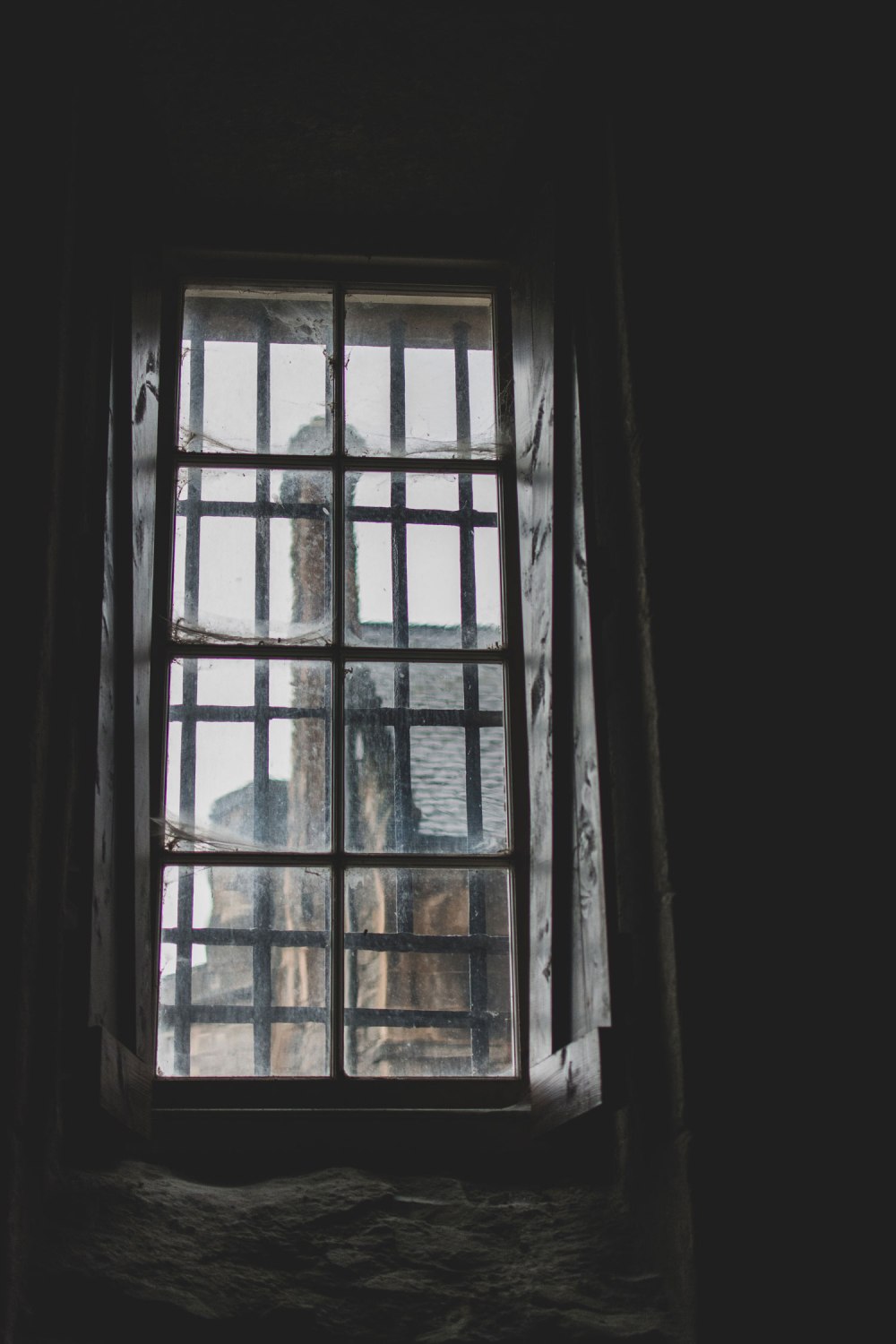 The castle is also home to what is considered to be the oldest building in all of Edinburgh: St Margaret’s Chapel. 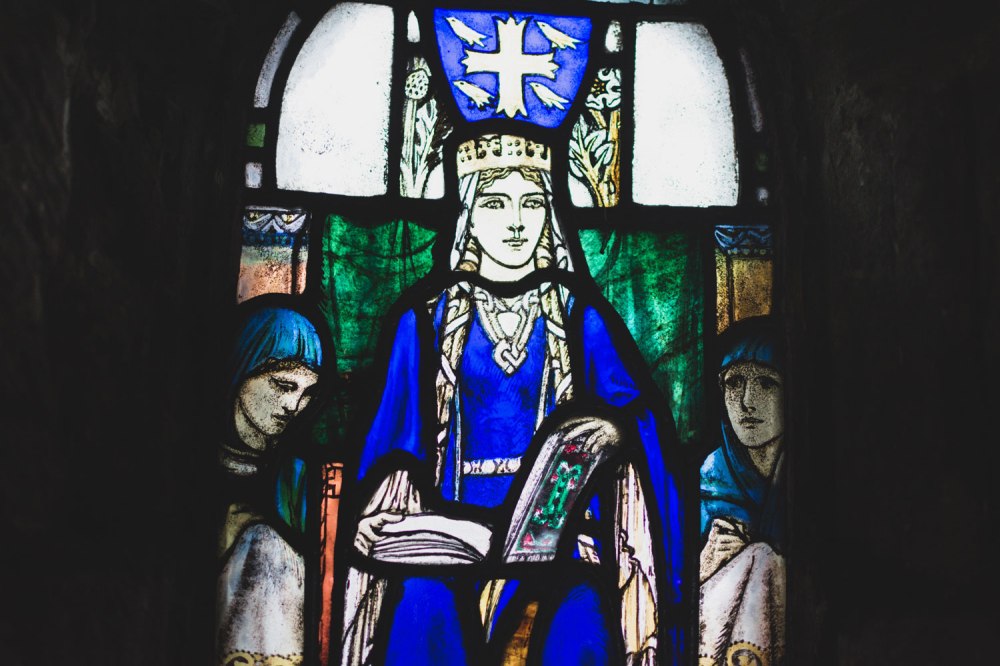 Margaret was born to the House of Wessex, which fled to Scotland after the Norman conquest of England of 1066. There, she married Malcolm III, becoming Queen of Scots. A pious woman, she was involved in various charitable pursuits, among them establishing a pilgrimage ferry route across the Firth of Forth for those traveling to St Andrews in Fife. 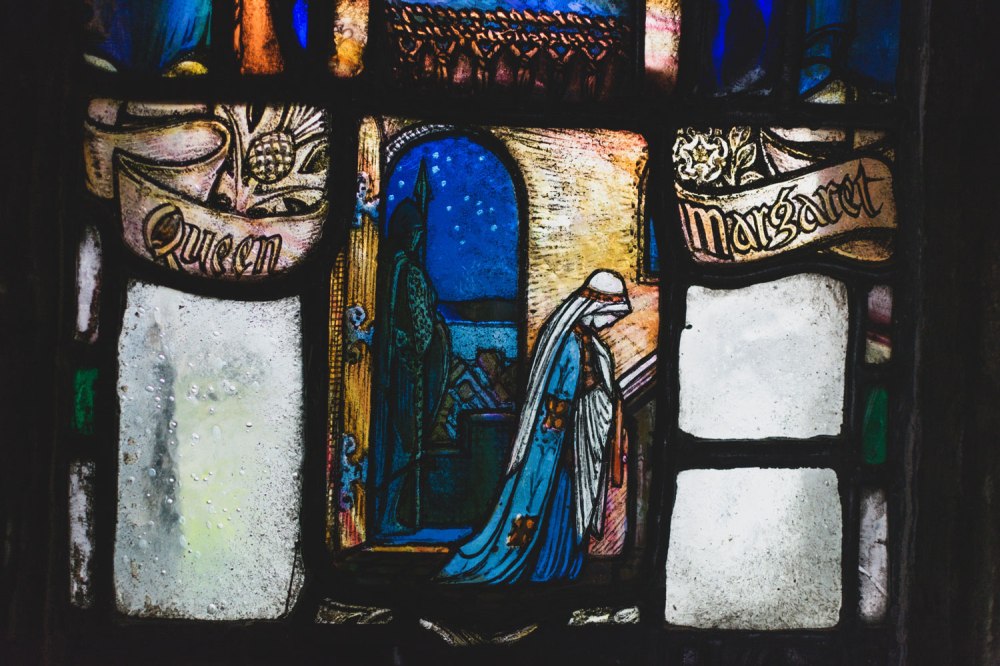 Originally constructed in the 12th century, the chapel fell into disuse after the Reformation — it was even used as a storage space at one point — and it wasn’t until the 19th century that it was restored. 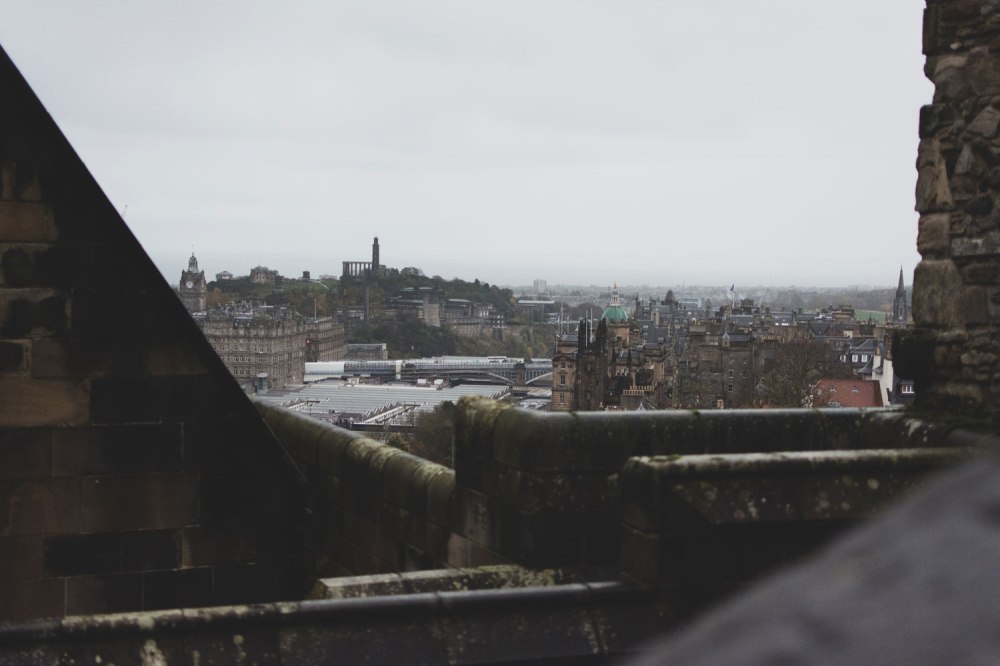 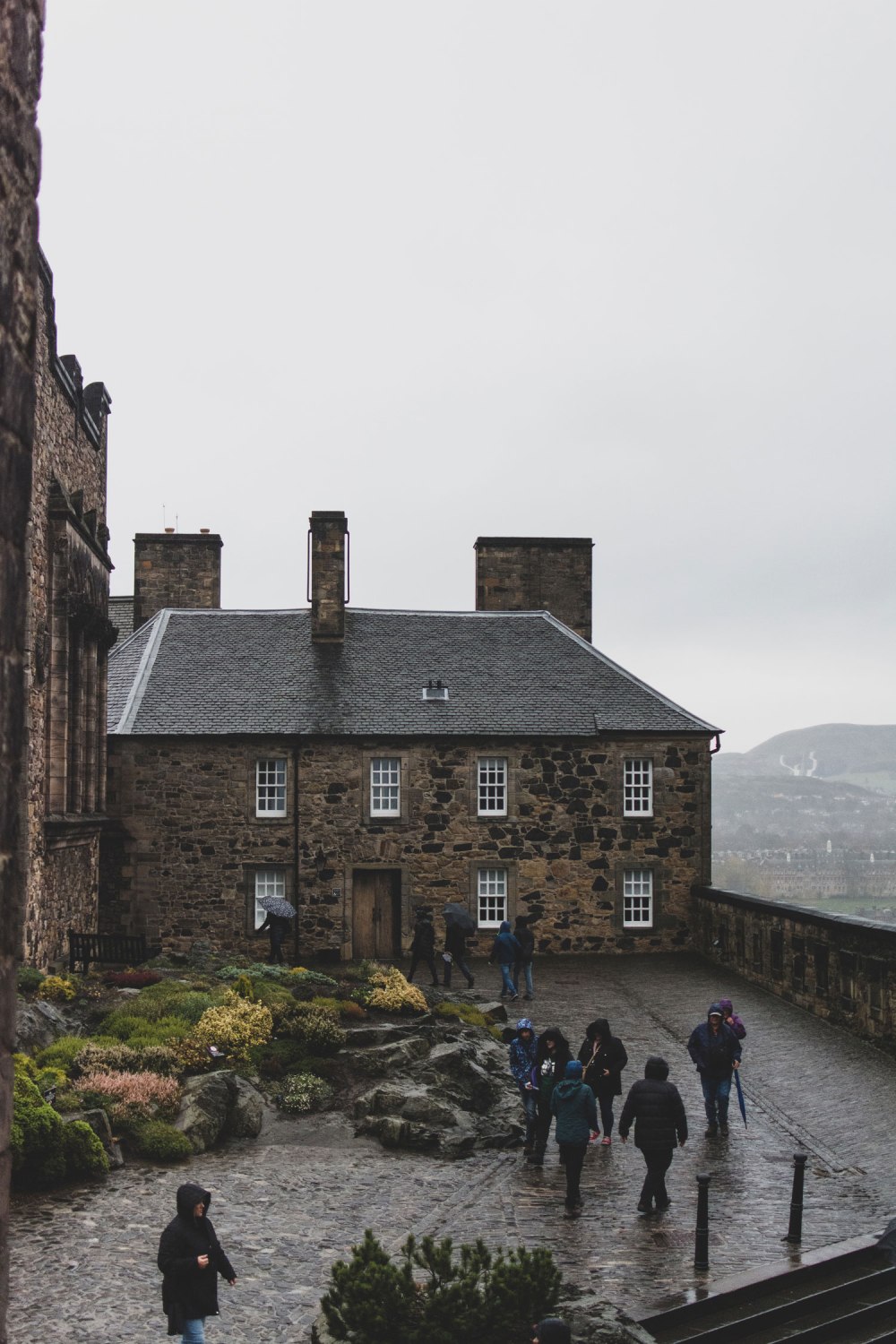 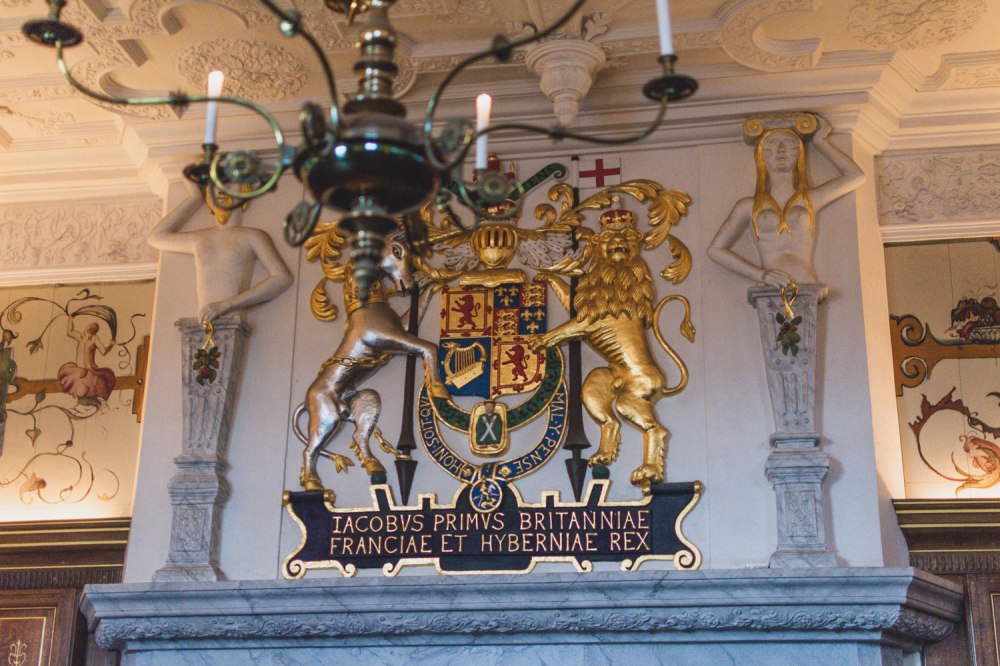 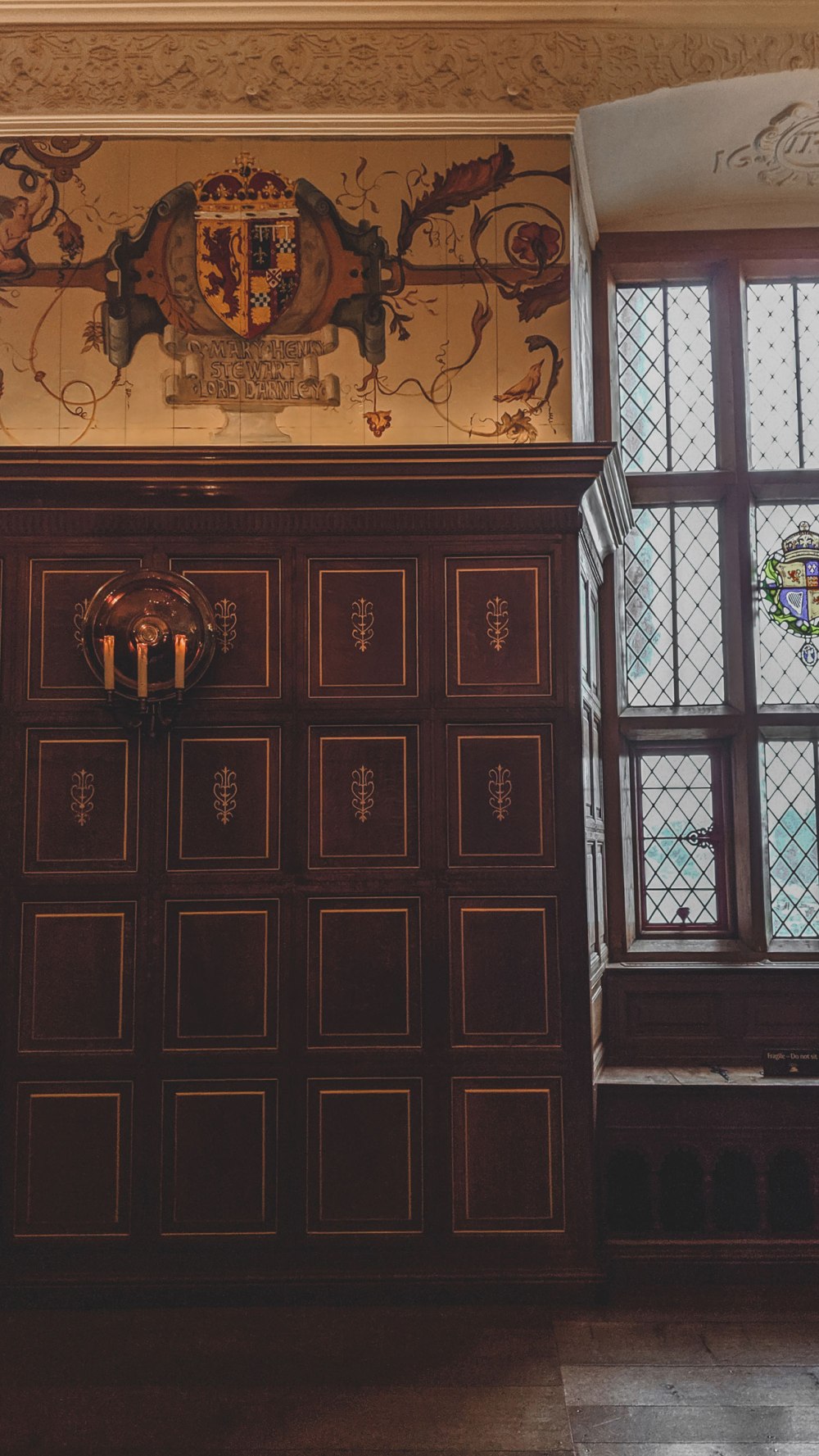 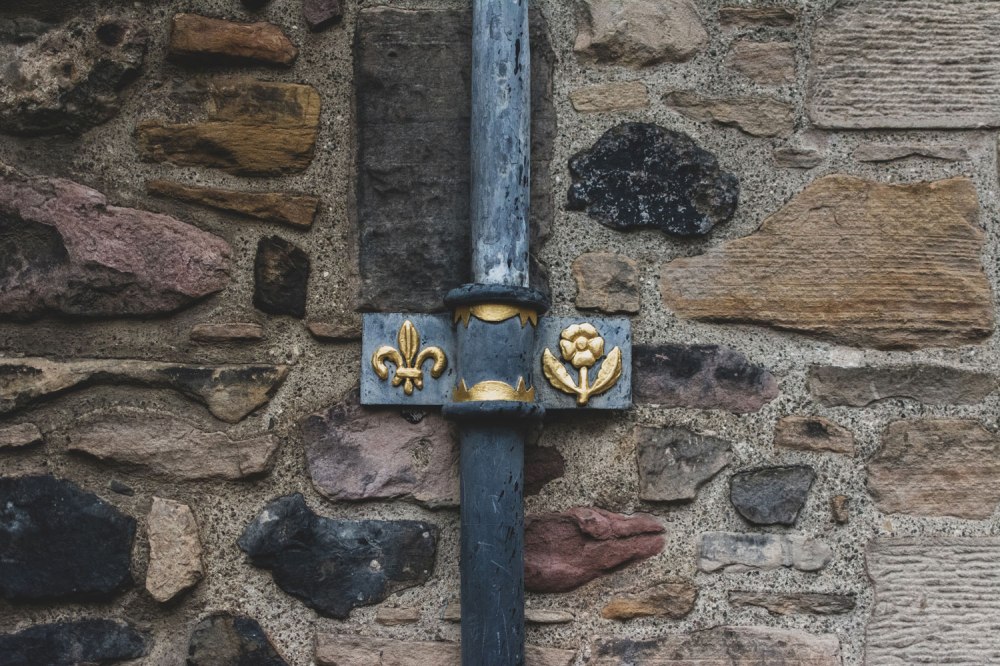 It continued to rain the whole time I was at the castle, and being as open air as it is, this meant I was pretty much soaked by the end of my visit. But as uncomfortable as I was, this was precisely as I was hoping to see Edinburgh – gloomy, gray, maybe even a little foggy. And it’s a look that definitely suits it.