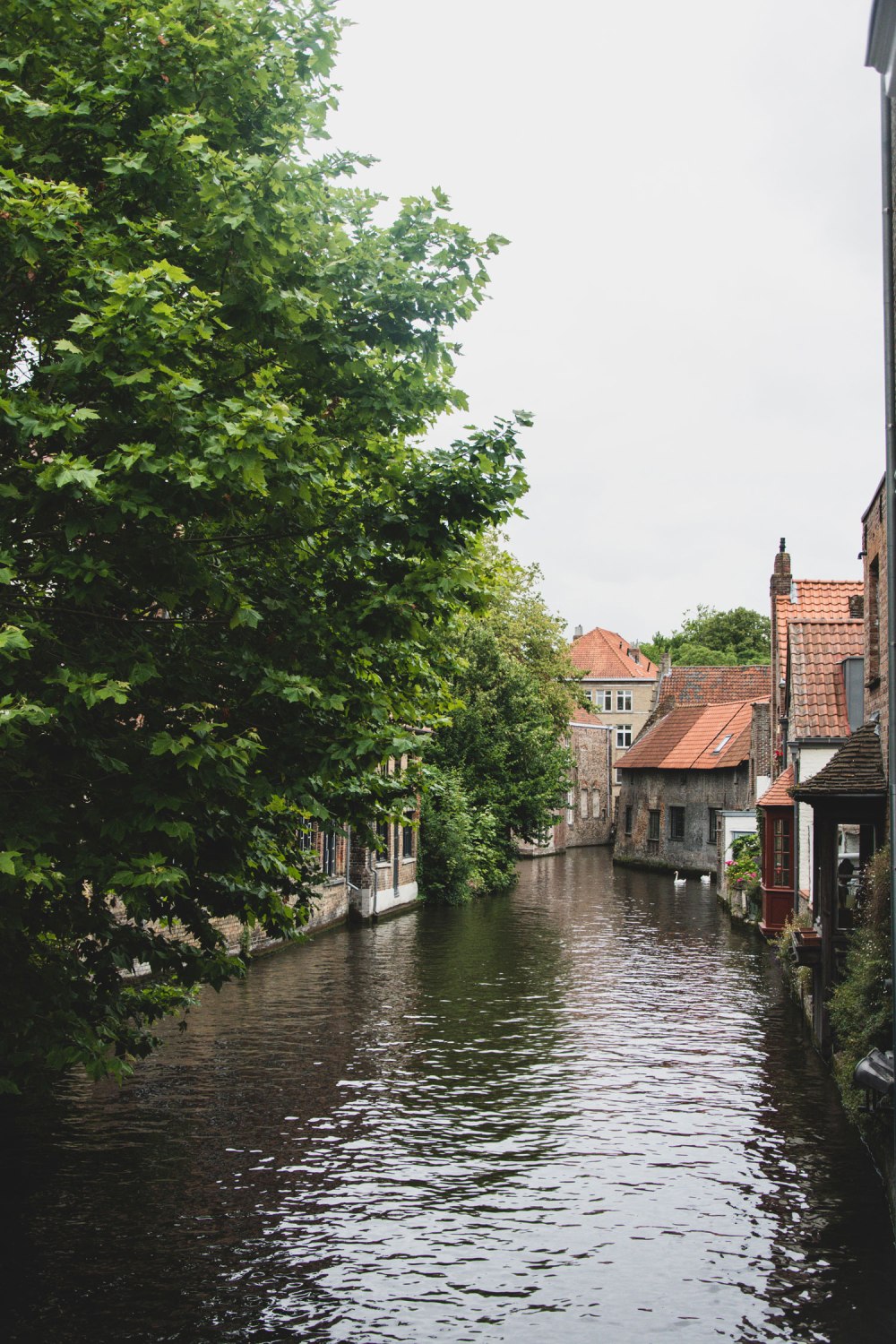 While we did spend most of our time in Bruges simply meandering around its tiny cobbled streets, there was some method to our madness, and we wandered while seeking some landmarks that had tempted us to visit the city in the first place. 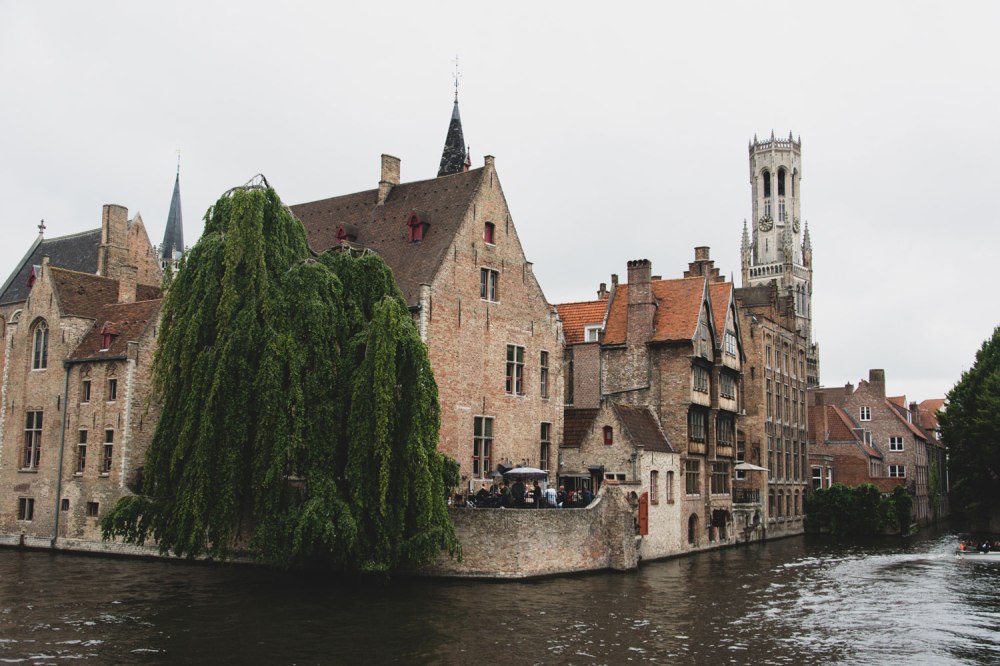 You’ve probably seen this view a million times when looking up pictures of Bruges, as it’s pretty iconic. The Rozenhoedkaai (meaning Quay of the Rosary) Canal, is pretty easy to find, and we even unintentionally passed by it a few times after initially finding it. The building at the corner is known as the Casa de España / Casa De Pérez Maluenda, due to its 16th-century occupant, Juan Pérez de Malvenda, who apparently quite valiantly protected the relic of the Holy Blood that’s today still kept in a nearby church from the current Calvinist city council that sought to confiscate it.

Today, the house hosts rooms for rent as well as 2be, a brewpub with a terrace right on the canal. 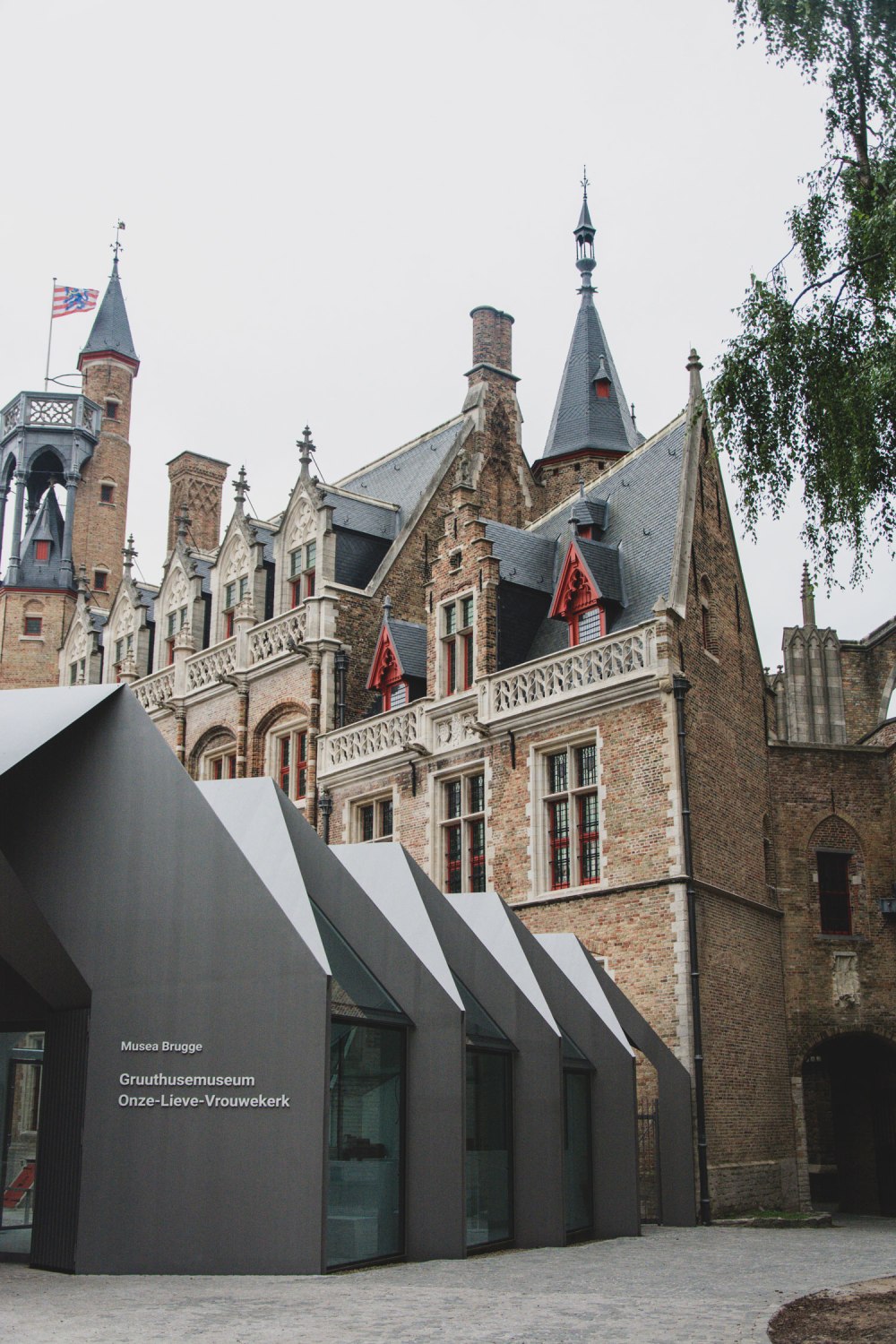 This was probably my least favorite part of our walk through Bruges, but having just watched In Bruges prior to the trip, stopping here was a necessity. Also, being the town’s central main square, it’s also pretty historically significant, for some reason. Who knew?

The square’s main landmark is its Belfry, which you can still climb all the way to the top. Apparently, the whole square used to be a waterhalle — a covered warehouse where goods were loaded and unloaded along the canals that surrounded the square — though the canals were covered in the 18th century and still run underground. 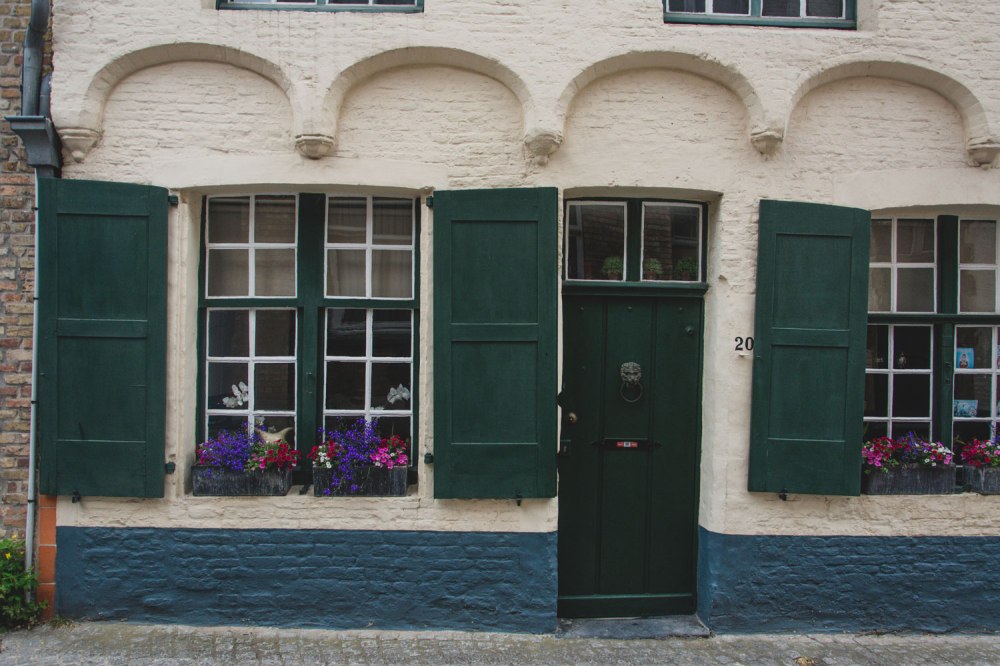 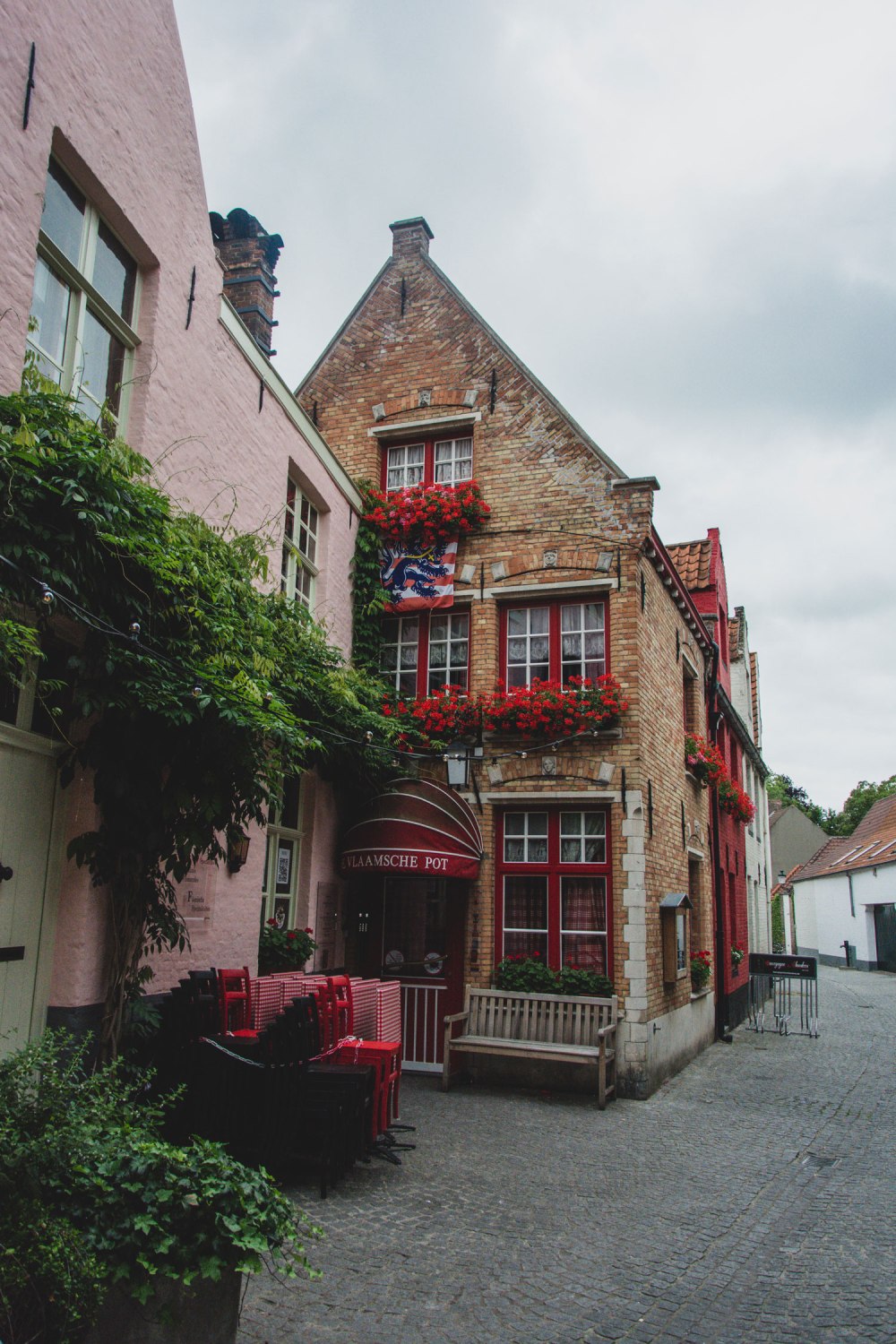 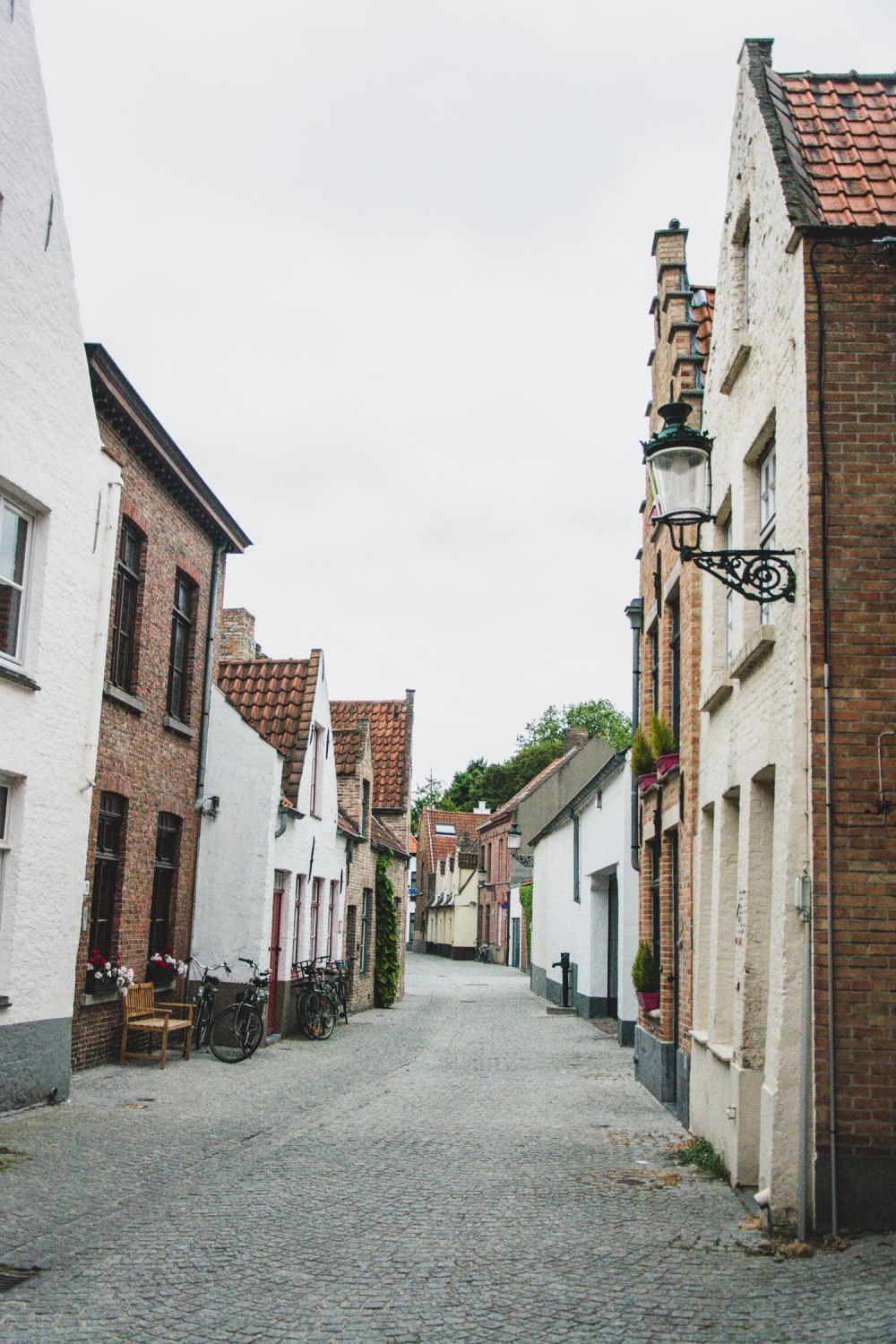 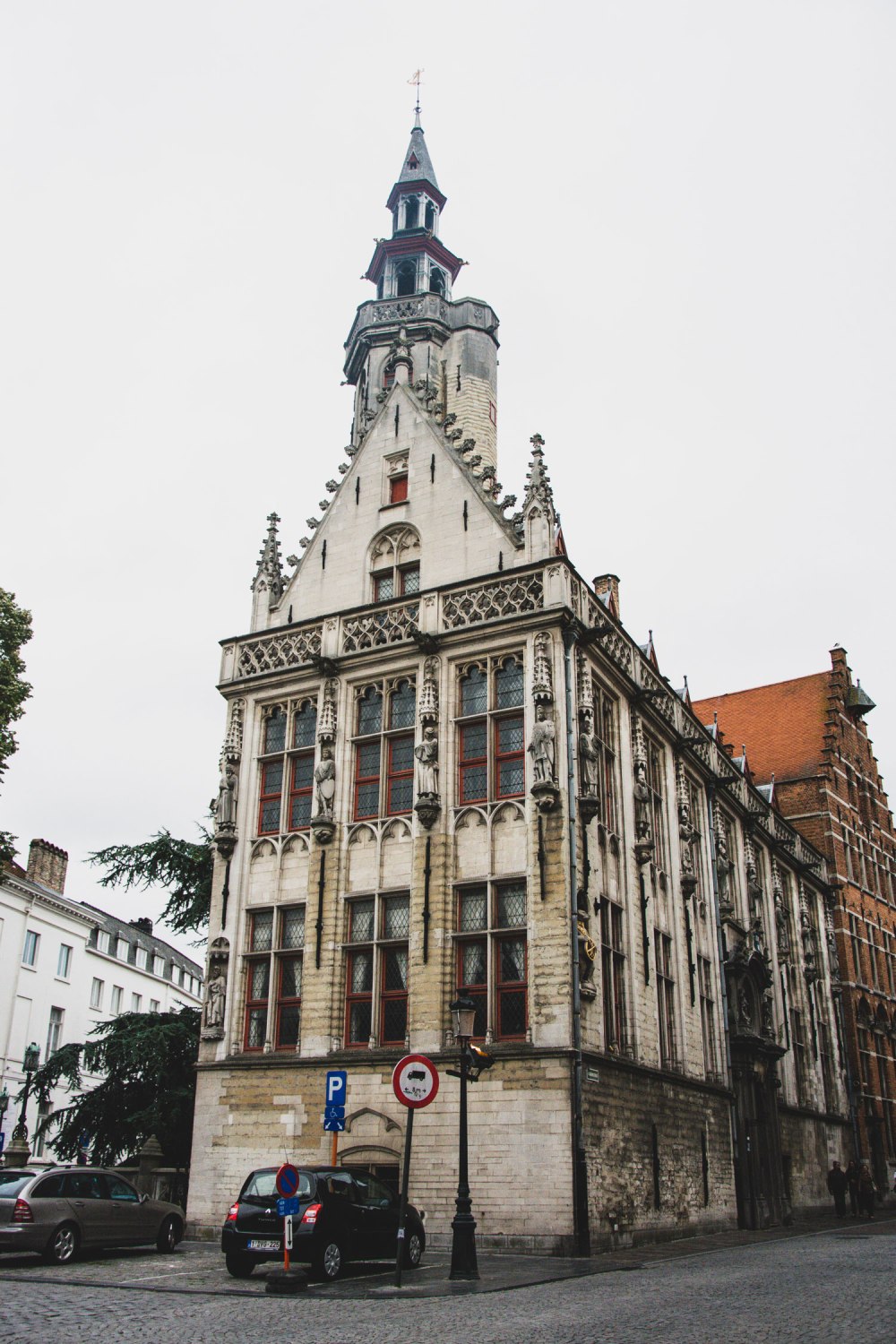 Though Jan Van Eyck was not born in Bruges, he did spend an extended period of time in the city, and died there in 1441. The statue stands in a square also named after him — Jan Van Eyckplein — and replaced an older and smaller statue in 1878.

Basilica of the Holy Blood

Built in the 12th century as a chapel and promoted to a minor basilica in the early 20th century, the Basilica of the Holy Blood purports to hold a relic of the Holy Blood (which I mentioned briefly above), collected by Joseph of Arimathea and brought to Bruges from the Holy Land by Thierry of Alsace, Count of Flanders.

The upper chapel, which holds the relic, was originally constructed as a Romanesque structure, but was later transformed into Gothic in the 15th century, and into Gothic Revival in the 19th century.

Our last stop was dinner at Paul’s Boutique, which had the most varied selection of vegetarian burgers I’ve ever seen in my life.

Bruges completely blew me away, and I can’t wait to return one day and visit its museums and see its tiny little cobblestone streets once again ❤