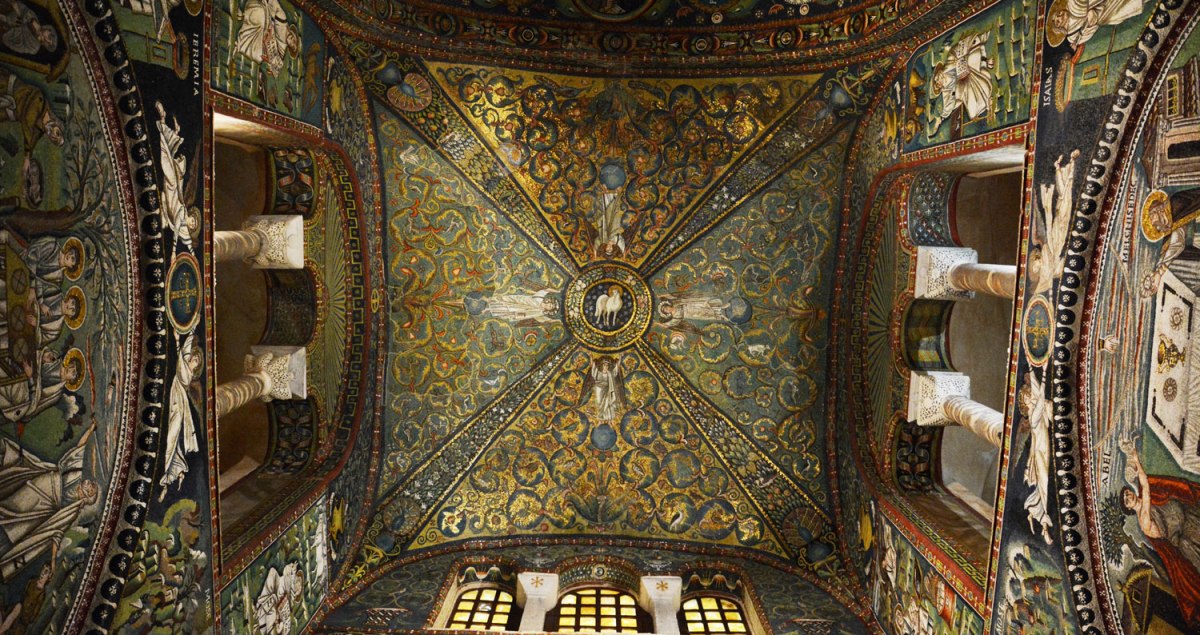 Mosaics were first invented millennia ago in Mesopotamia, but I assure you, nowhere have they been made so well as in Ravenna. If you plan to visit, know that you can see six different monuments (the Basilica of Sant’Apollinare Nuovo, the Archbishop’s Chapel, the Baptistery of Neon, the Basilica of San Vitale, and the Mausoleum of Galla Placidia) with the same ticket, and that all monuments are within walking distance of one another.

The Basilica of Sant’Apollinare Nuovo was built by Theodoric the Great in the 6th century as an Arian church dedicated to Christ the Redeemer. It was later renamed, and then renamed again in the 9th century when the remains of Saint Apollinaris were moved from the nearby Sant’Apollinare in Classe due to fear of raiding pirates from the Adriatic Sea.

It was, as you can tell from these pictures, deserted when I visited. While it saddens me to think that these monuments might not be getting the attention and corresponding care that they deserve, I could not help but selfishly be glad that I could marvel in silence at the mosaics on its walls. 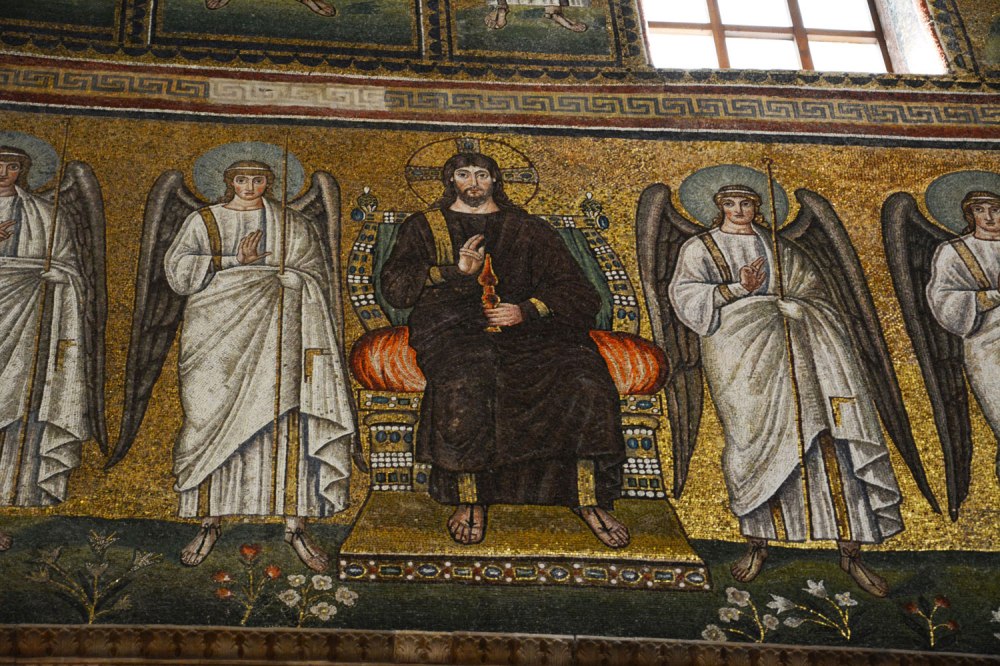 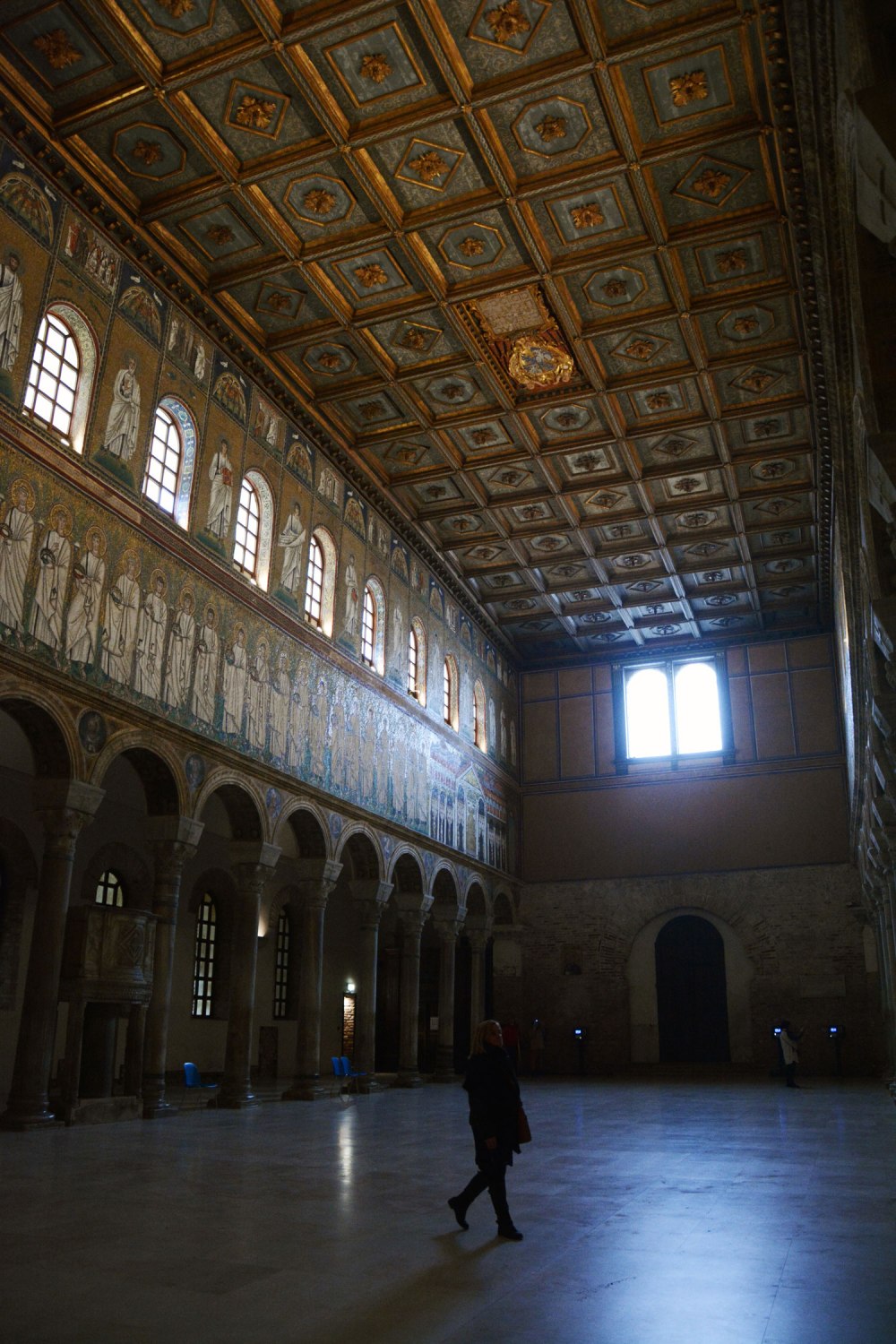 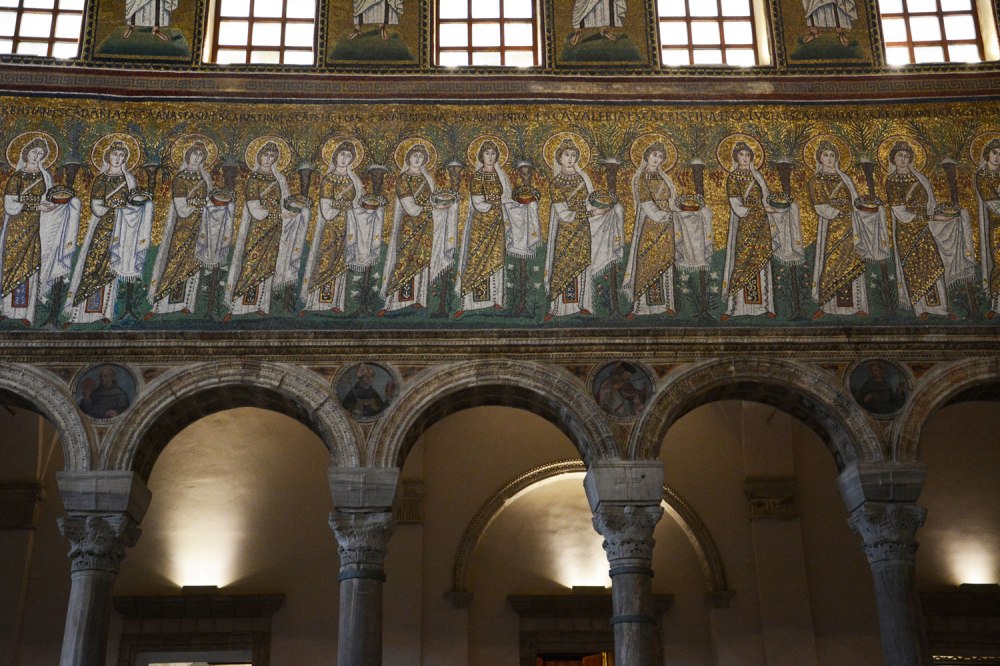 They’re so vibrant, which is the wonder of mosaics. Even after centuries, the colors are still as vivid as on the first day they were shown to the world. 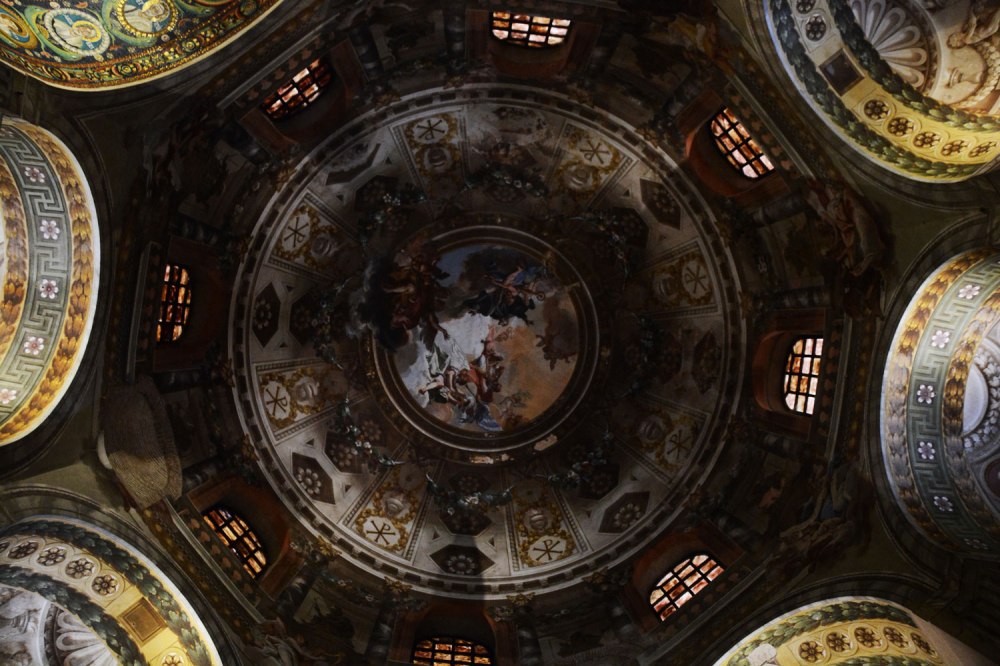 The Basilica di San Vitale was originally consecrated in 547 and it is, in one word, ridiculous. 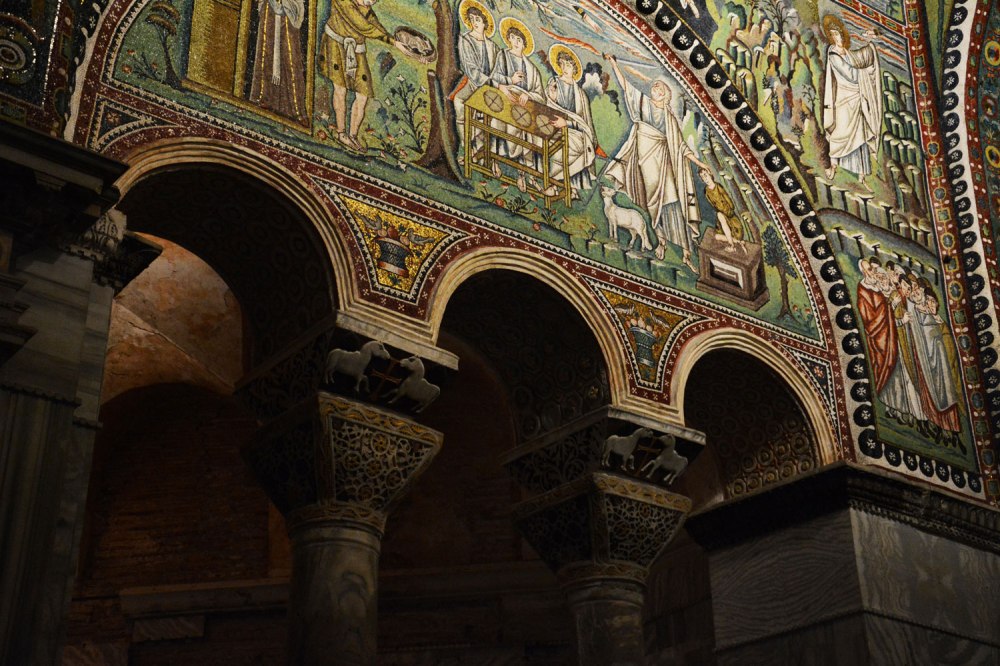 By the time I reached San Vitale, it was raining, and so I did not find it empty. But it didn’t matter. I felt so tiny when looking at this, so insignificant, that I was blind and deaf to any human being around me. 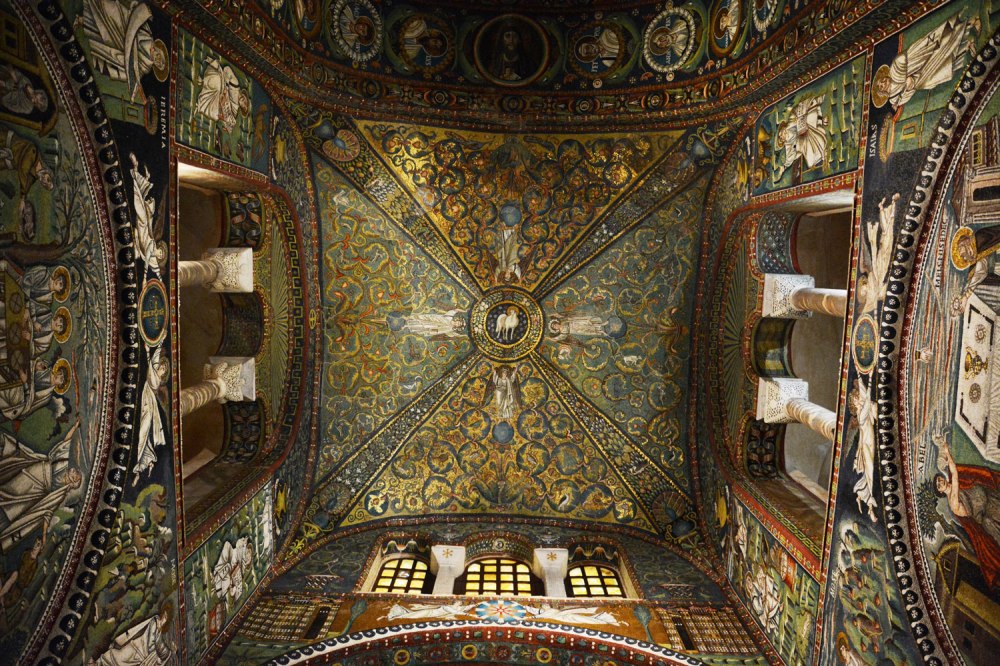 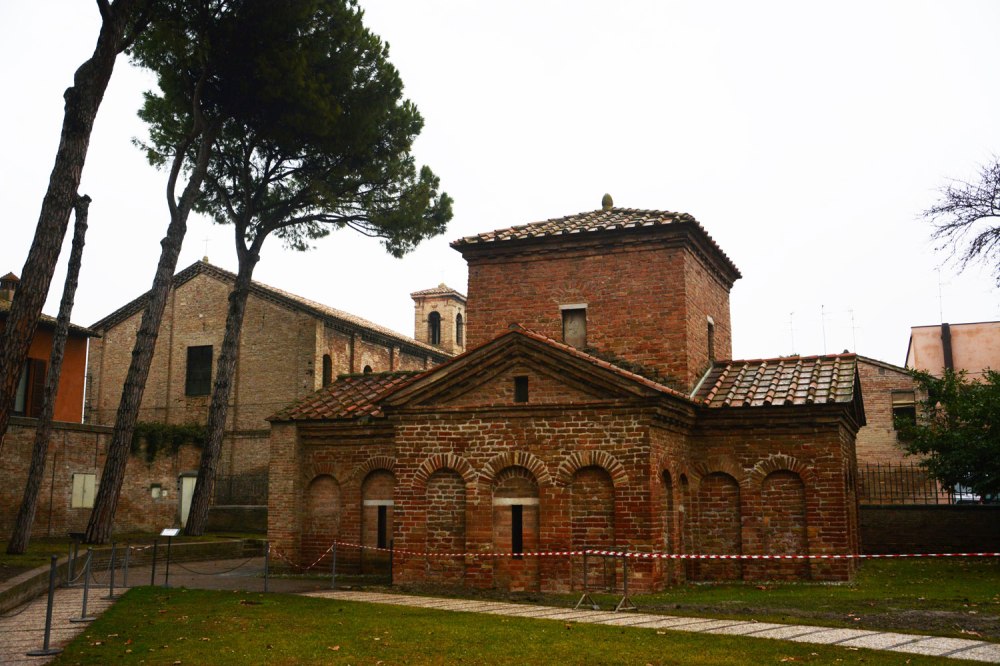 Do not trust this tiny hut of a building’s unassuming demeanor. It is lying to you. Lying, I say! 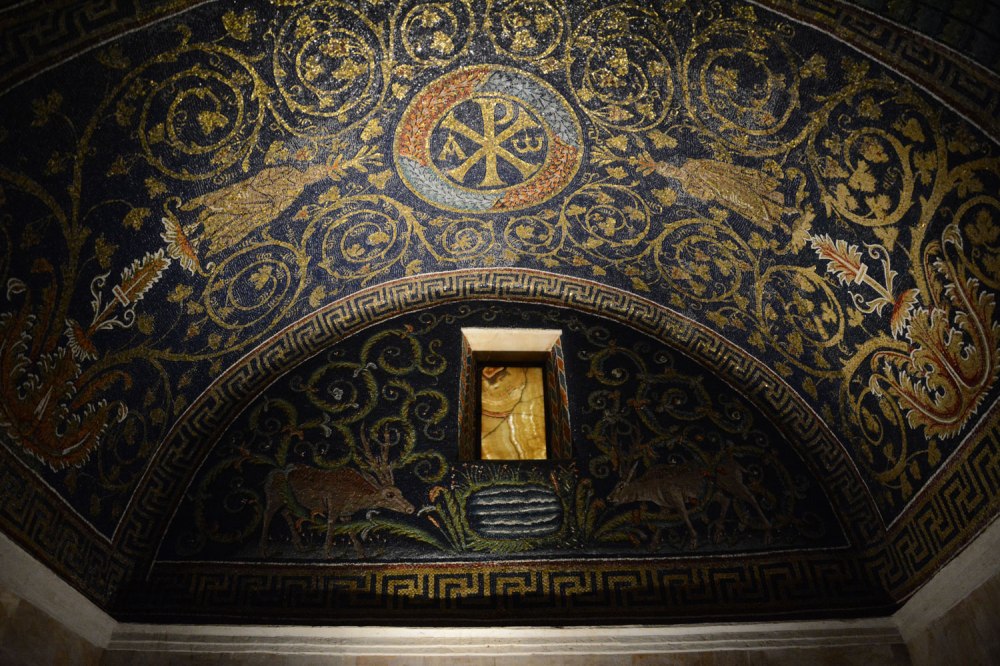 UNESCO experts describe this building as “the earliest and best preserved of all mosaic monuments, and at the same time one of the most artistically perfect.” The largest of the three sarcophagi housed by the mausoleum is believed to hold the remains of Galla Placidia, daughter of the Roman Emperor Theodisius I.

The Baptistery of Neon is the oldest monument still standing in Ravenna, as it is partly built on what was once a Roman bath. I arrived to find it full of students, a professor lecturing them on the significance of the mosaic designs and the depiction of John the Baptist at the center of its dome. Once he was done, they all filed out, leaving me alone with all this…

Ravenna is a hidden gem, sitting quietly near the shores of the Adriatic Sea, and it surprised me more pleasantly than I can express. It is lovely, quaint, easily managed on foot, and having missed out on Sant’Apollinare in Classe, I think I have the perfect excuse to go back at some point soon… 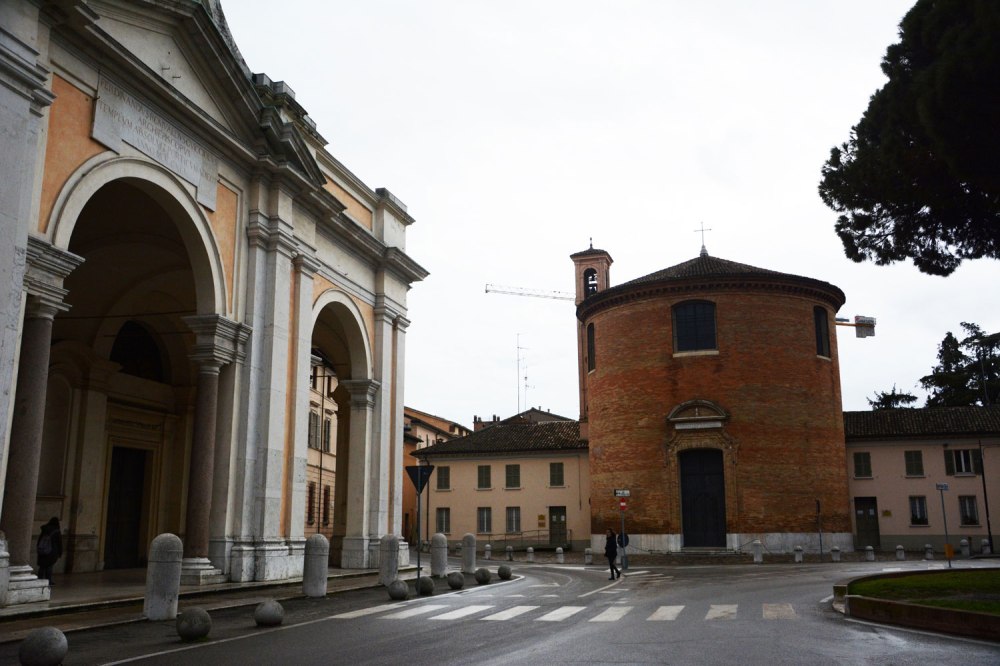