The fiftieth anniversary of the Belgian independence in 1880 provided the country with the perfect opportunity to organize a National Exhibition, which would not open until 1910. Gédéon Bordiau was commissioned by Léopold II to design structures for this exhibition, and so he created two buildings linked by semi-circular colonnades, crowned by an Arch of Triumph. Today, this complex is known as the Parc du Cinquantenaire (fr. Park of the Fiftieth Anniversary) or Jubelpark (nl. Jubilee Park), and is host to three different museums (the Royal Museum of the Armed Forces and Military History, Autoworld, and the Art & History Museum) as well as the Great Mosque of Brussels.

I will admit that I was a bit skeptical about Autoworld at first. I’ve never been a huge fan of cars, so I thought that I’d be bored out of my mind, but it turns out I love old cars? Who knew? 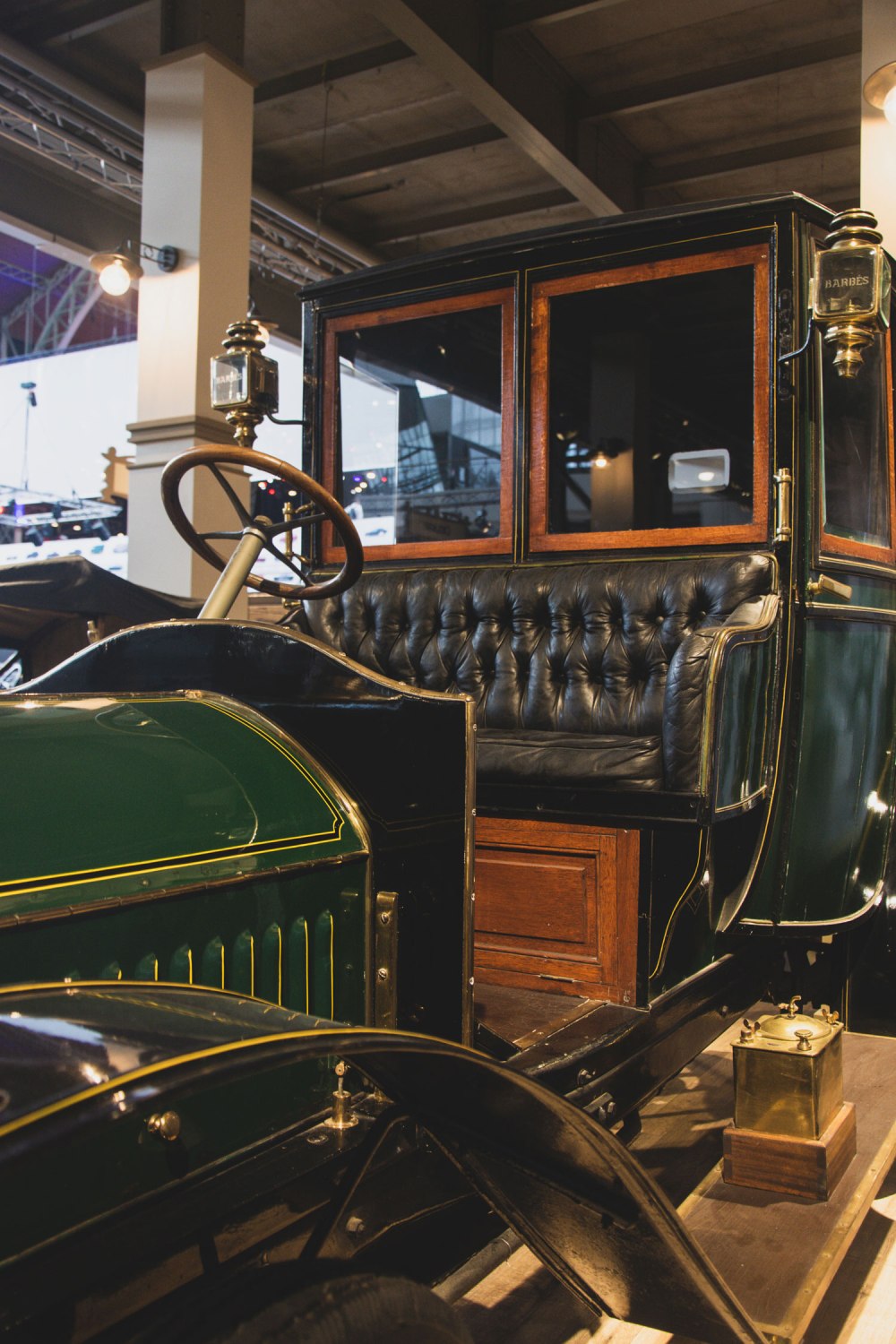 The museum is located in the southern hall of the Cinquantenaire, and boasts a collection of over 250 European and American automobiles spanning from the late 19th century to the 1990s. 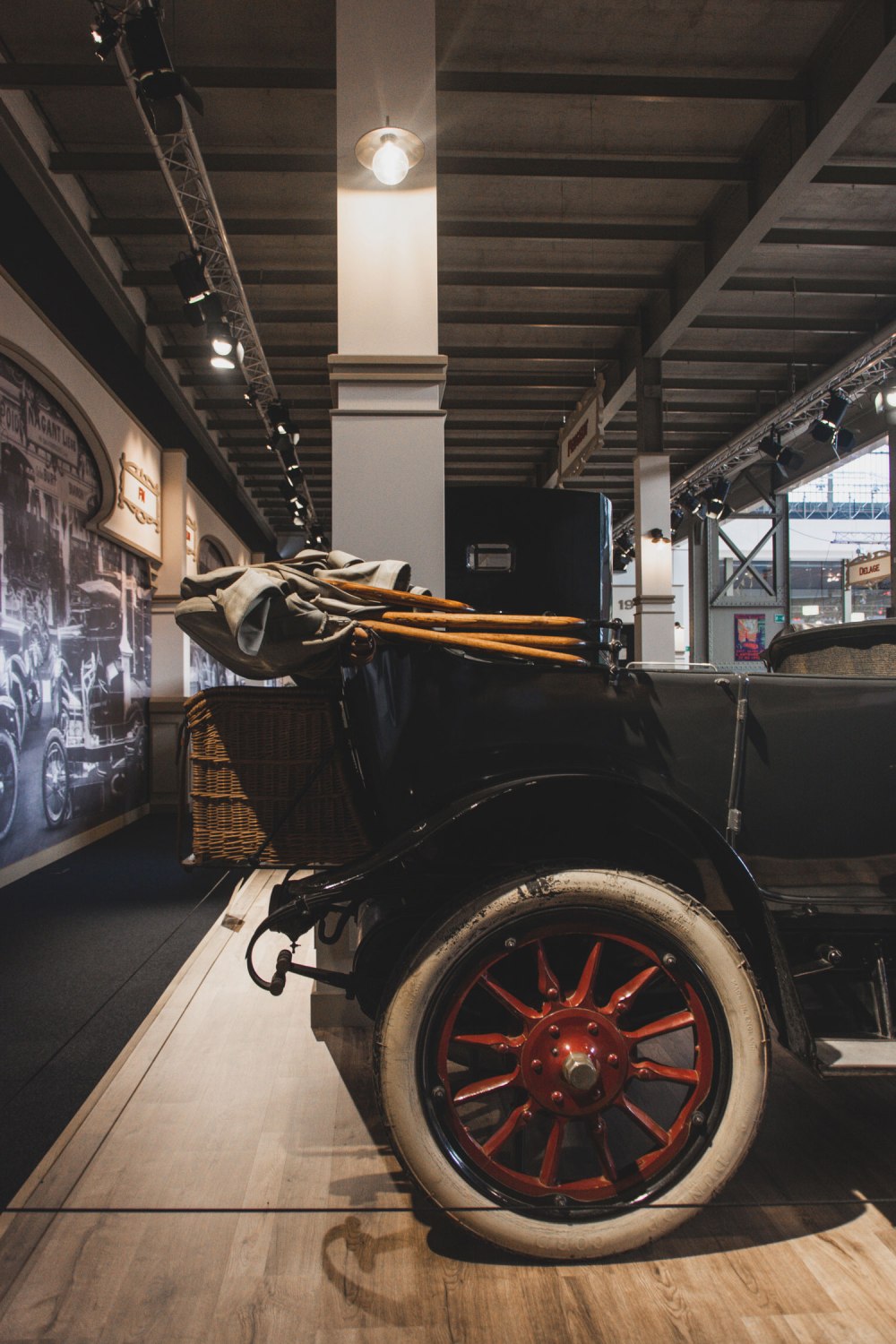 The building housing the museum has been used for a variety of purposes over the years: during WWI it served as a garage for the German Army, and in 1920 it served as a home for the Mundaneum, which intended to gather all the world’s knowledge and catalogue it for easy access.

After WWII, it served as an office of the Ministry of Economic Affairs and a sports equipment storage area for ADEPS. It was only in 1984 that it was chosen to host the Mahy Collection, which comprises the bulk of the collection at Autoworld, itself holding  around one thousand different cars — one of the largest in the world. 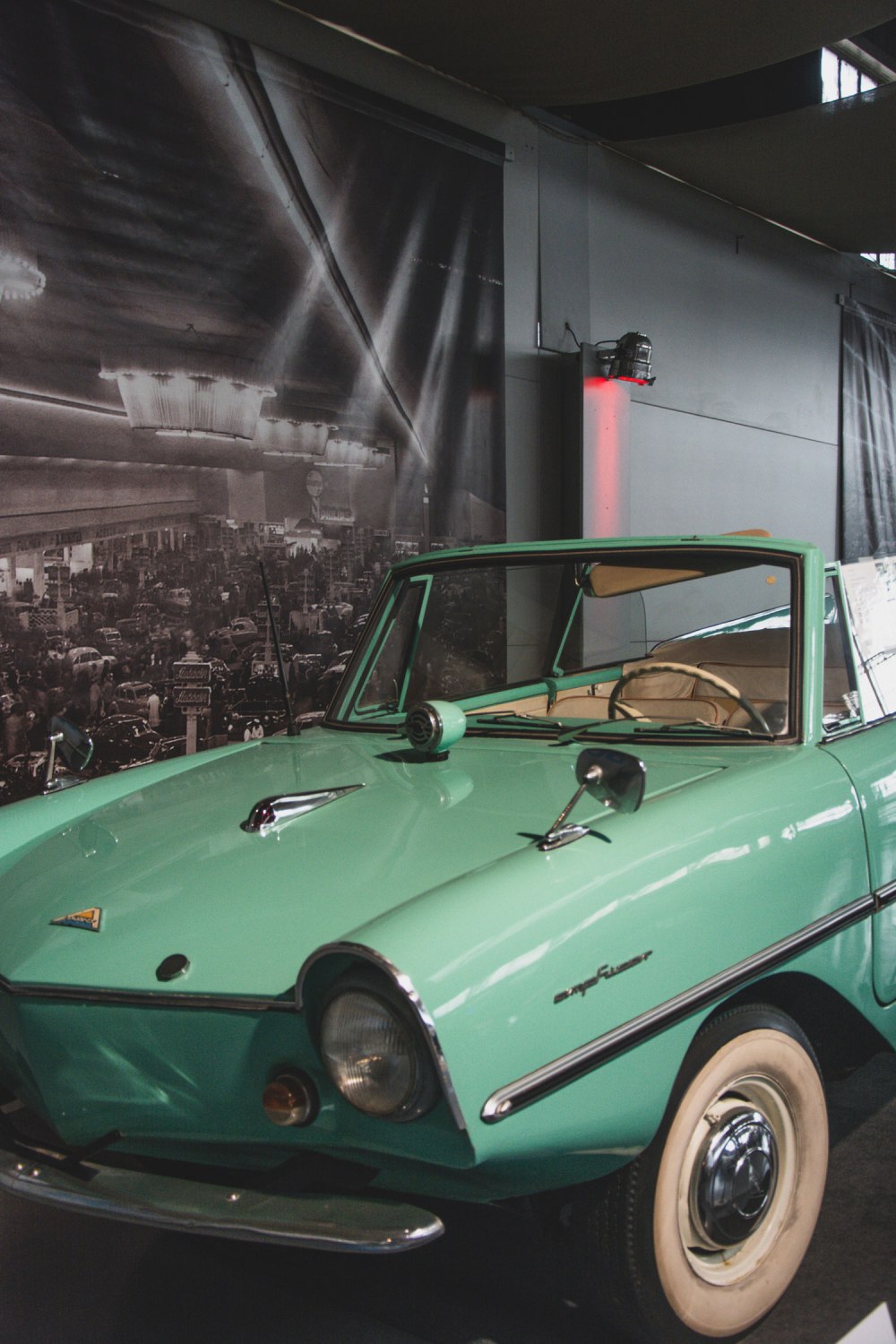 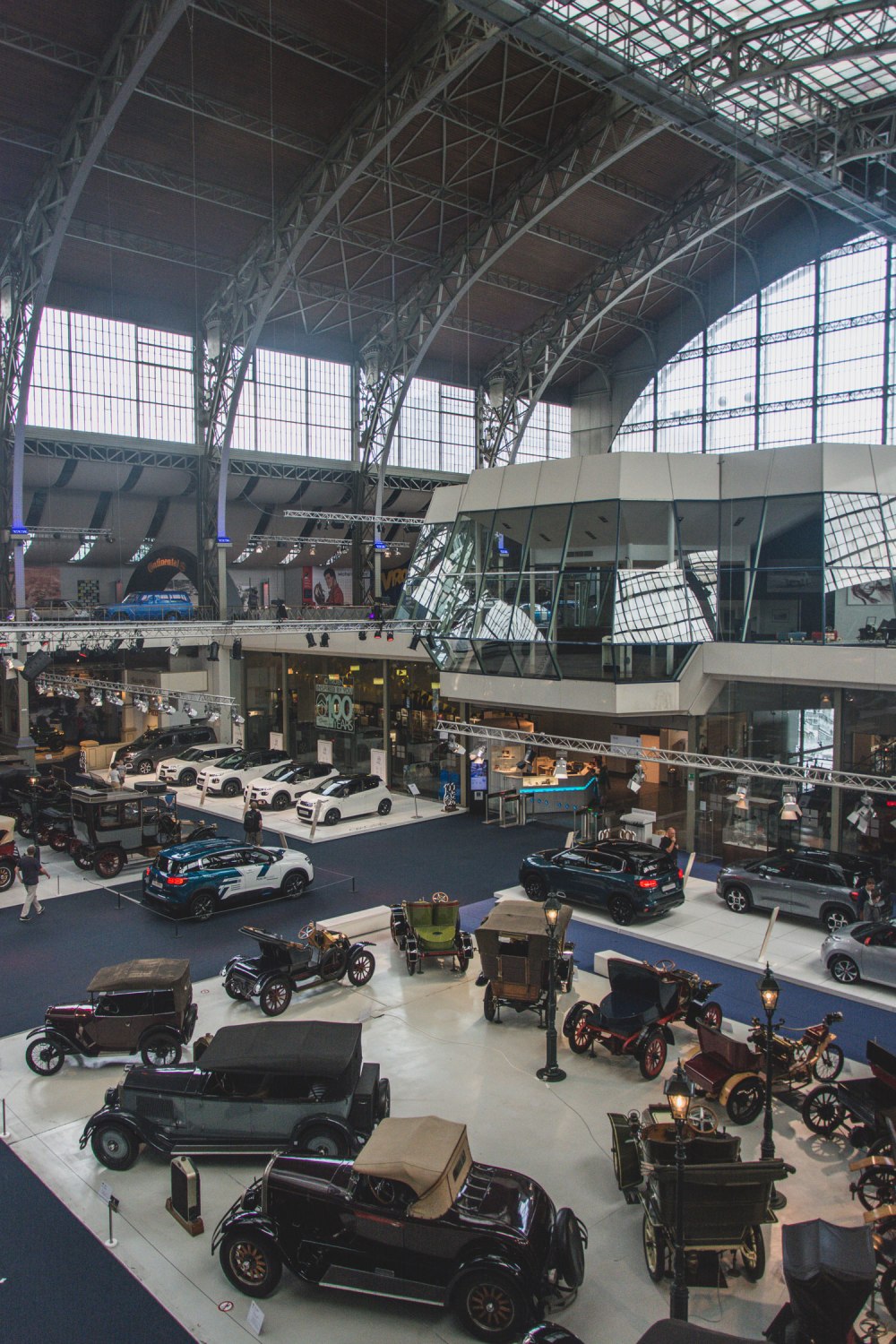 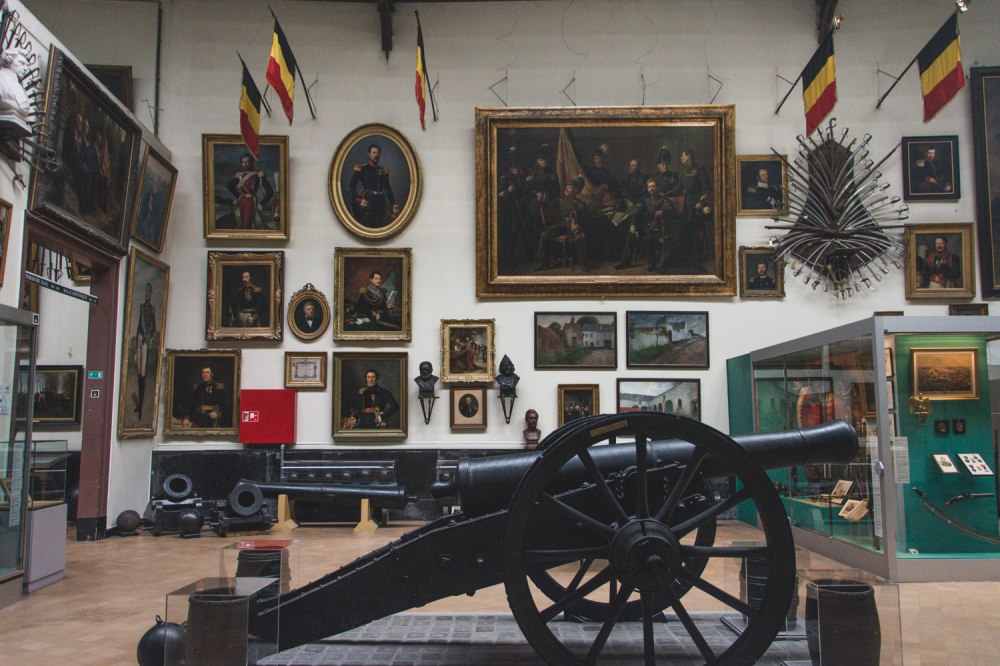 The Musée royal de l’armée et de l’histoire militaire, or MRA / Koninklijk Museum van het Leger en de Krijgsgeschiedenis, or KLM (Royal Museum of the Armed Forces and Military History) was opened as a result of the overwhelming success of a small section on military history held as part of the 1910 Exhibition, organized by Louis Leconte. 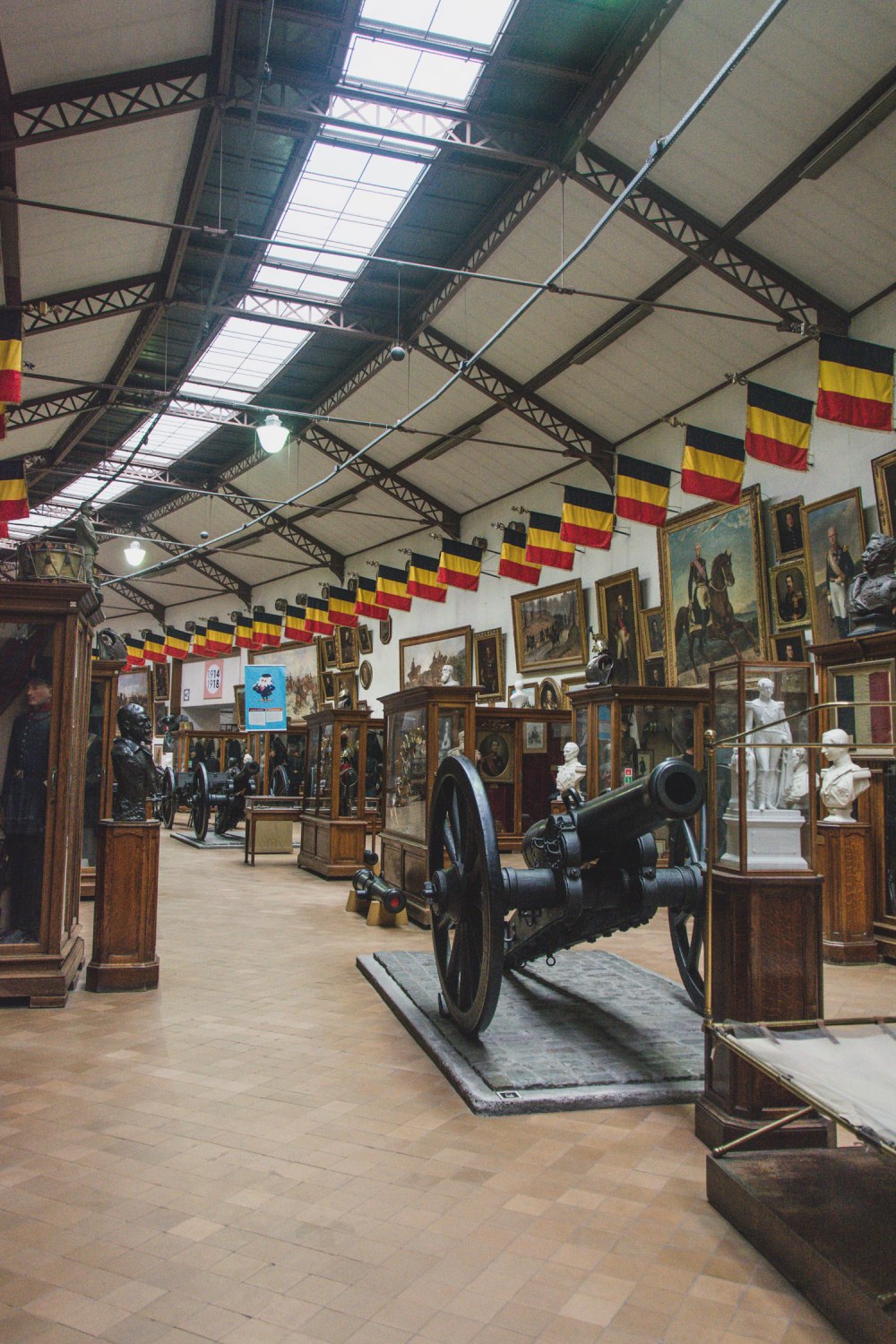 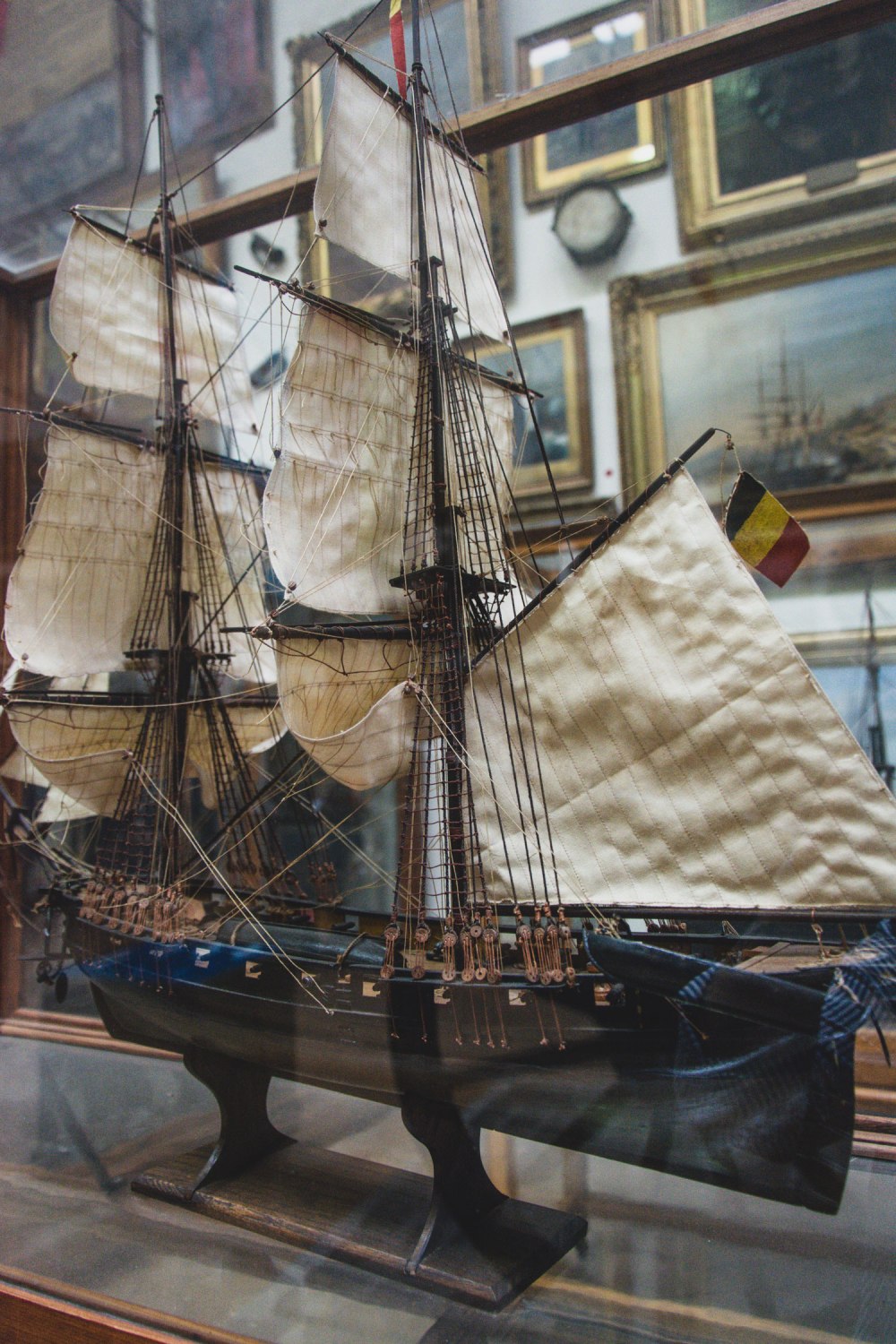 Originally, it was housed in La Cambre Abbey, with the same Louis Leconte in charge of its pieces. After WWI, however, its collection was so overgrown that the Museum was moved to the north wing of the Jubilee palaces, with Leconte being appointed Curator in Chief. 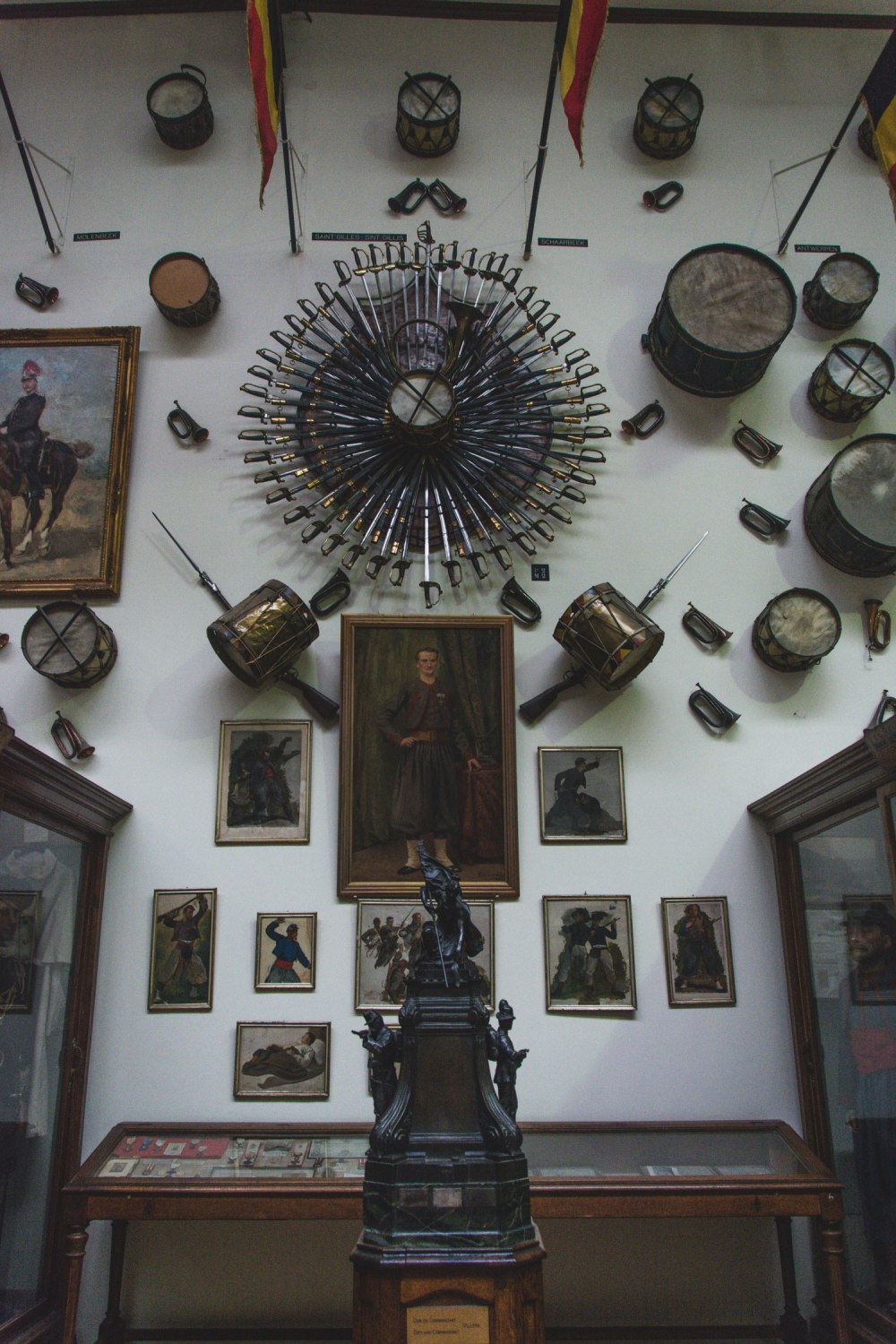 The museum was occupied by the Germans during WWII, though it reopened once the war had ended, with a more diverse host of departments under its roof. The new organization included departments for military history, archives and library, print room, and map room. Additionally, the museum heightened its focus as a scientific institution, and nurtured a new concern for conservation, restoration, and presentation. 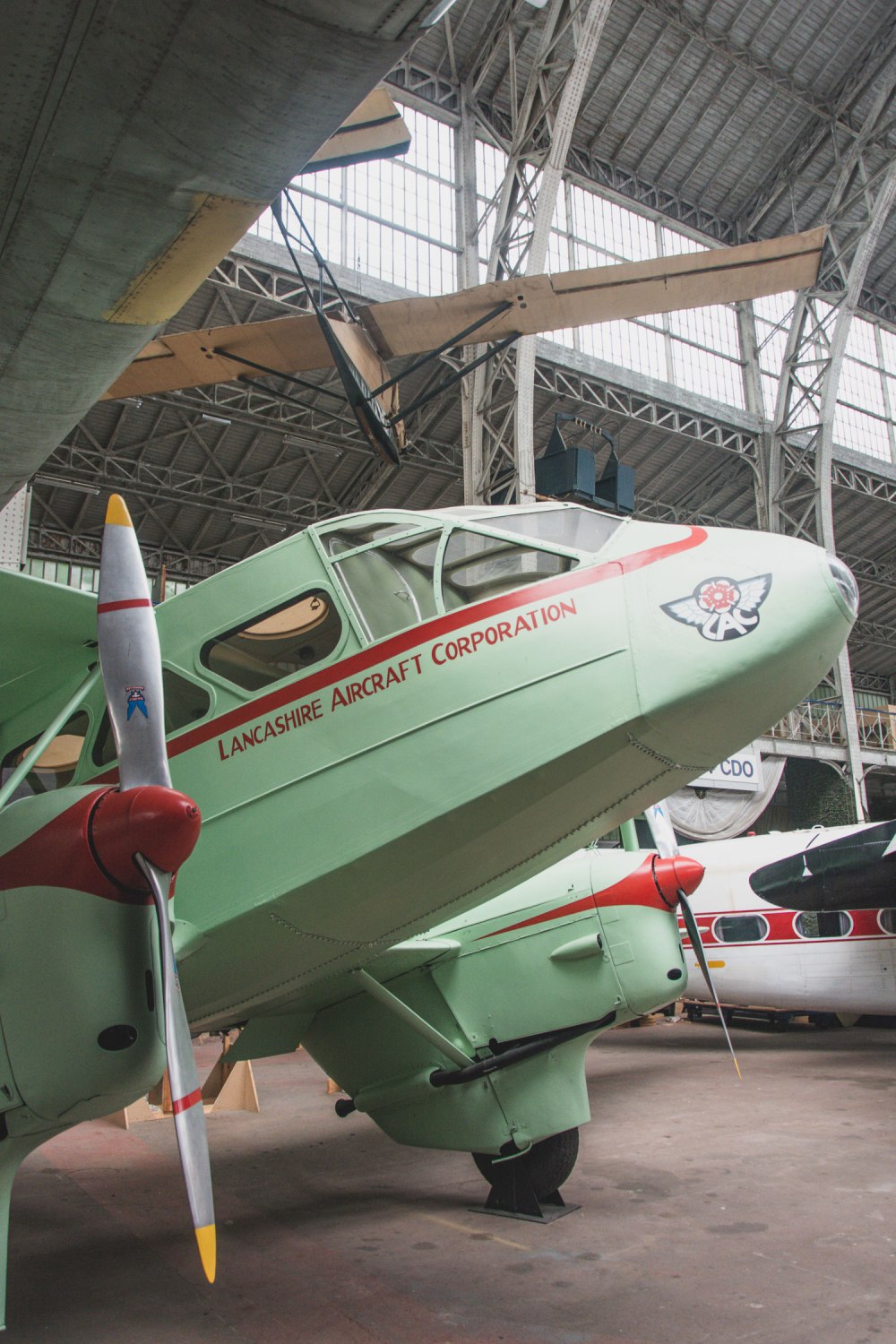 The Air and Space section was born in 1972, and in 1980 the armored vehicle section opened. In 1986, the arms and armor collection formerly on display at the Hal Gate Museum was added, and ten years later, in 1996, items from the Naval Collection are also welcomed into its halls. 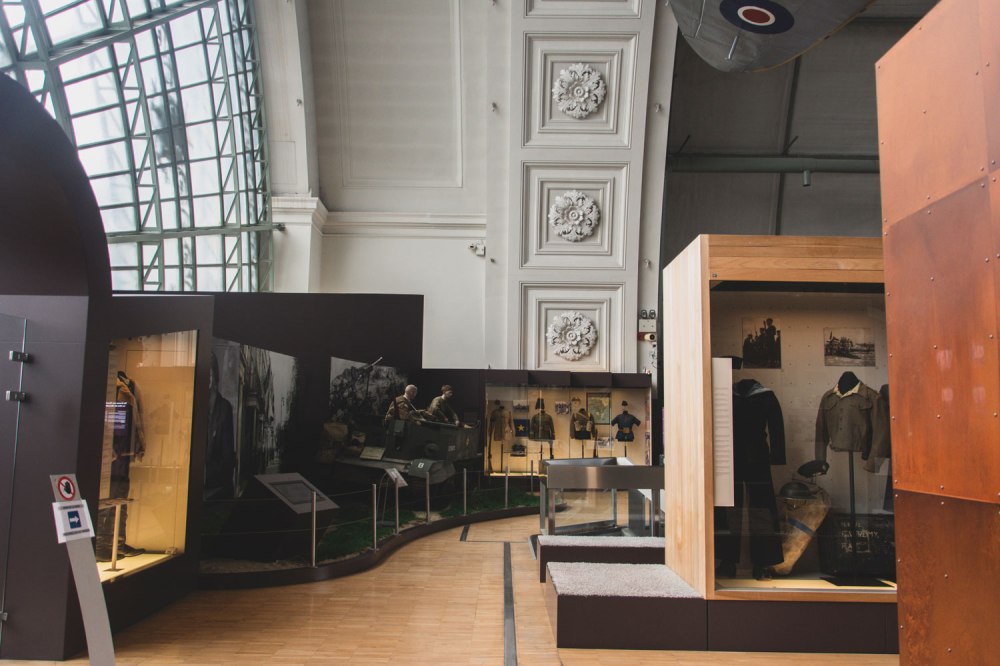 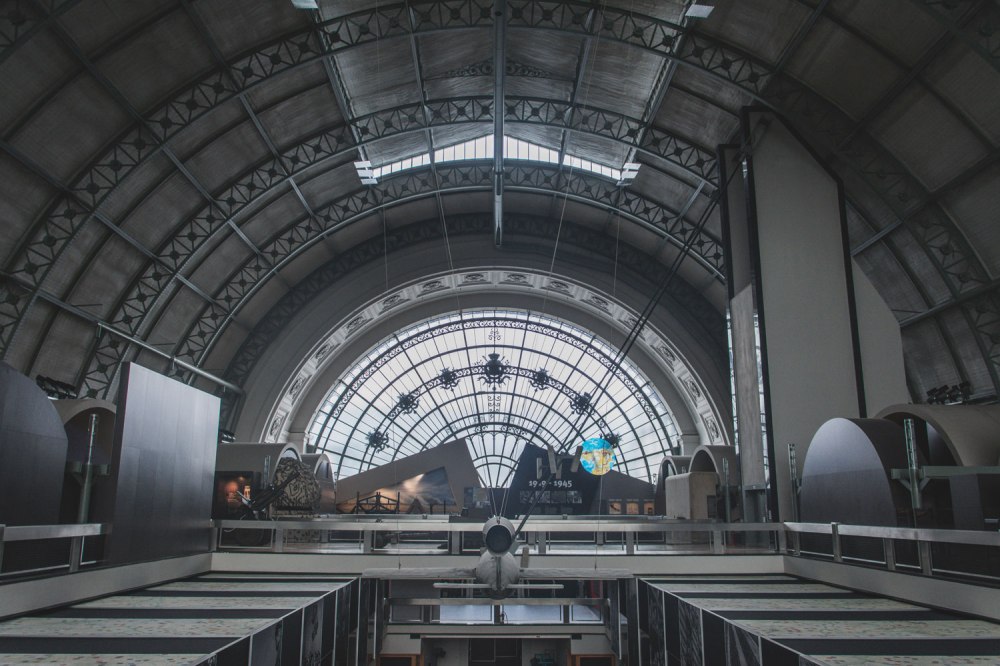 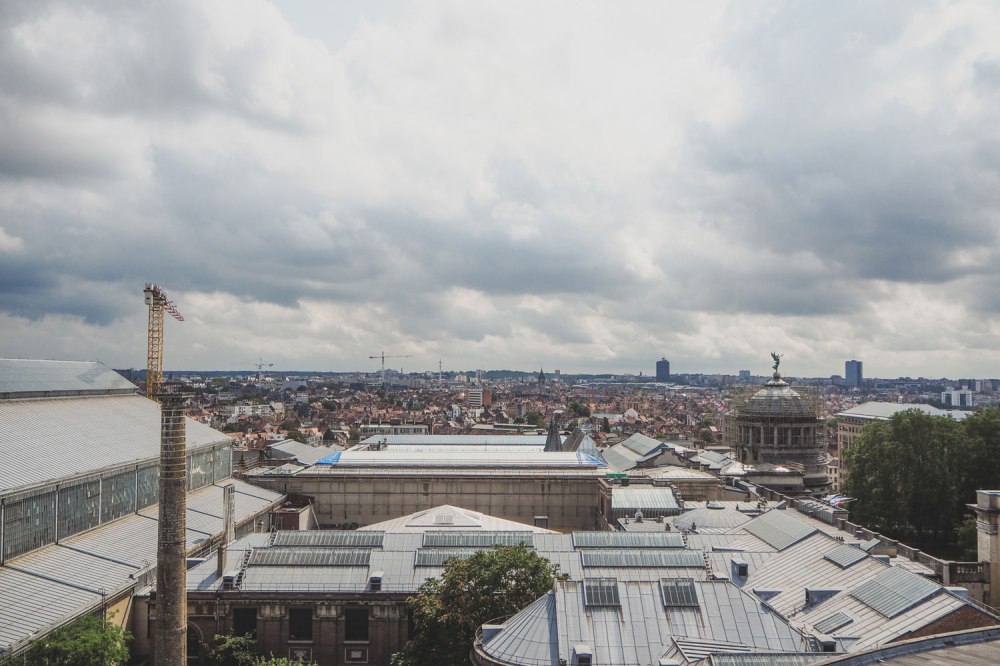 Its rooftop is open to visitors, providing some stunning views of the Brussels skyline, and especially of the Cinquantenaire.

We grabbed a bite to eat at Manhattn’s, an NYC-themed burger joint with a delicious iced tea and a to die for falafel veggie burger. 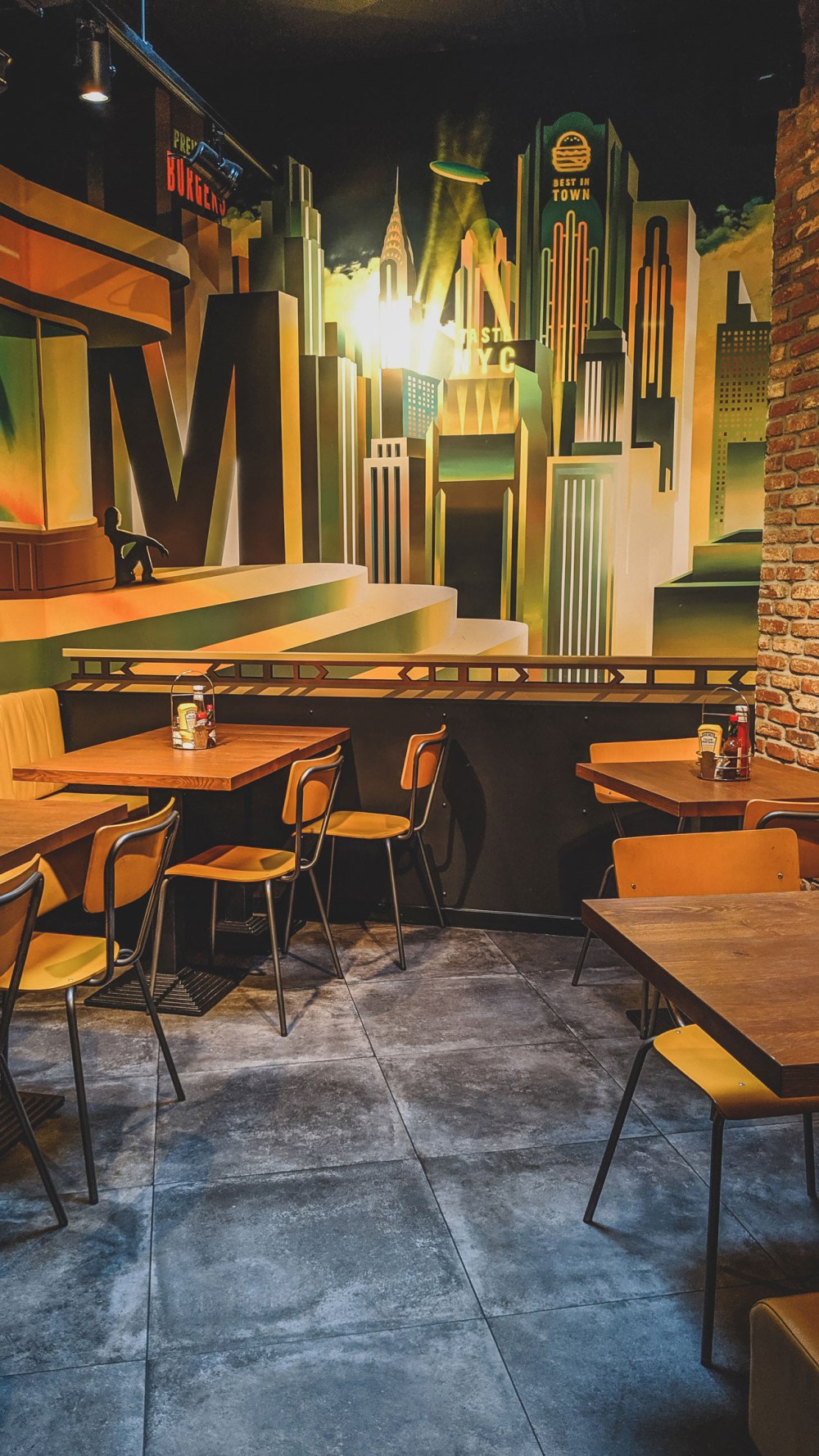 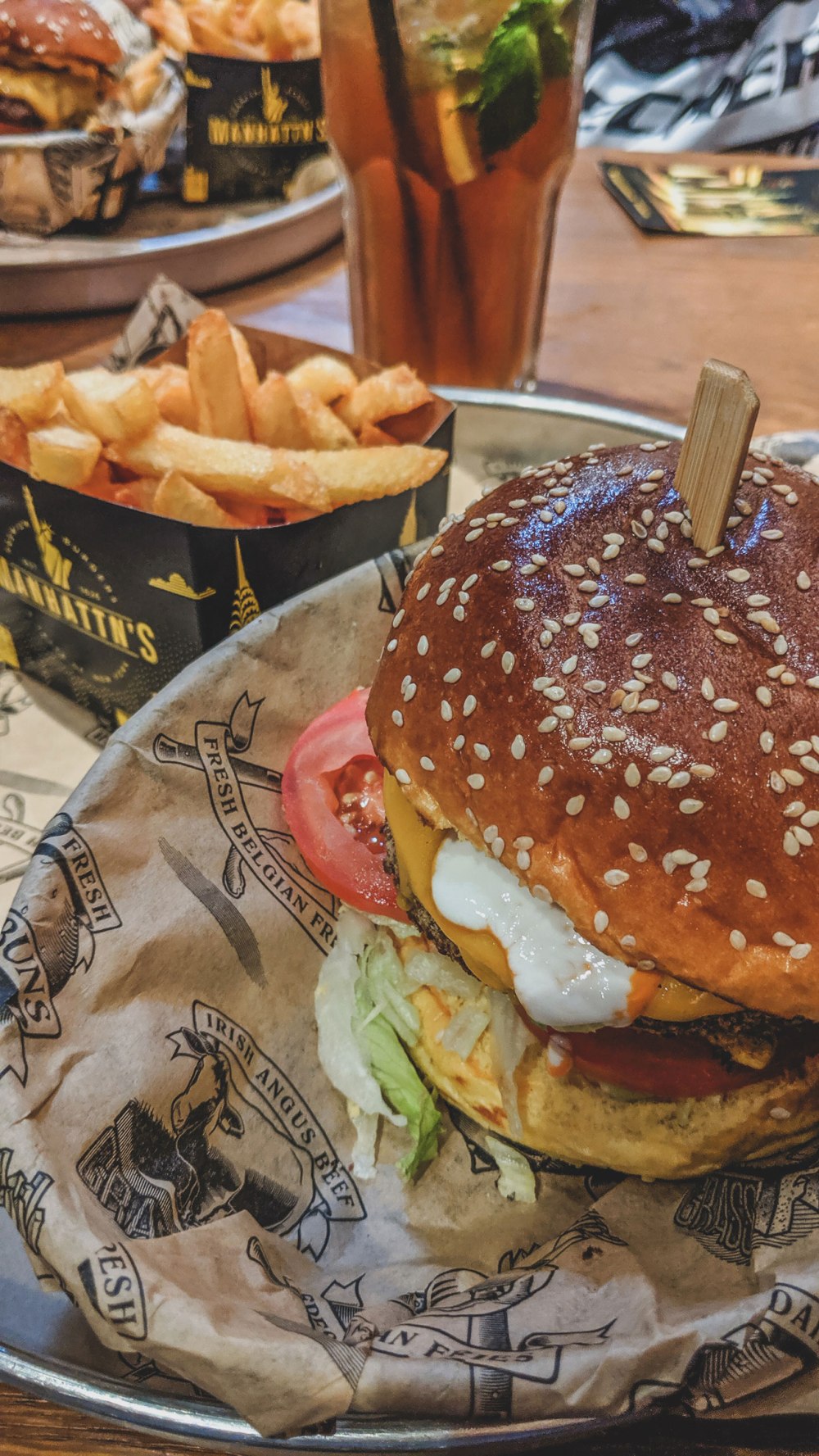