Whenever people asked us where in Iceland we were going, I’m sure they expected an answer as simple as “The Golden Circle,” or “The Ring Road.” Instead, we’d simply added things to a list and determined that a drive between them was feasible in the time that we had in the country. I am so happy that we planned the trip that way, and that we decided to include the Snæfellsnes Peninsula as part of that trip.

I already spoke a little of our time in this area of Iceland in this post, but our fifth day is when we truly explored what it had to offer. 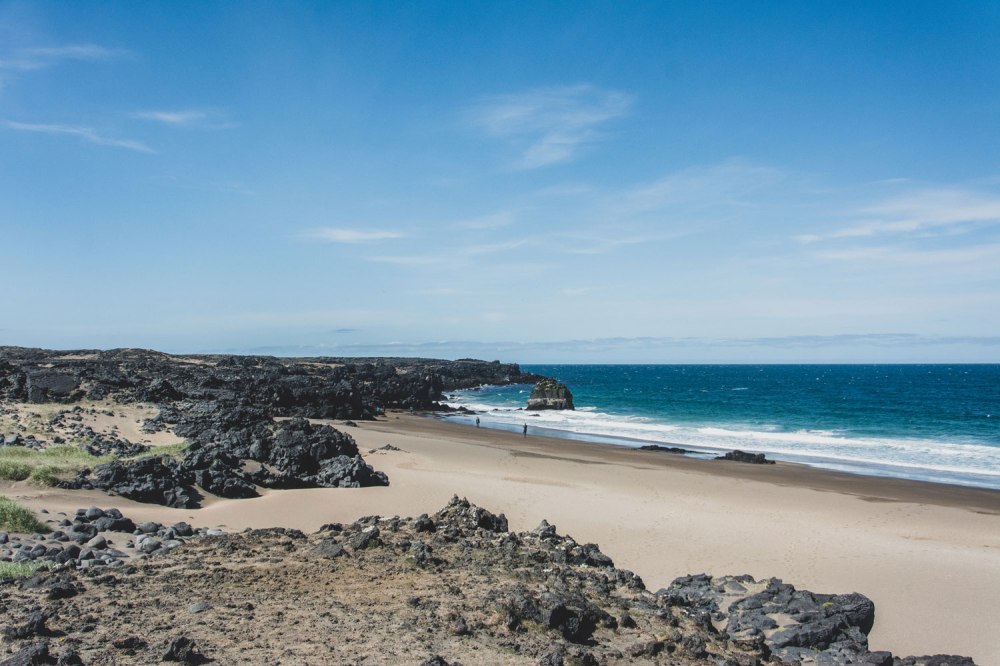 Our first stop was Skarðsvík beach, which is extraordinary in its color, as most of the beaches in Iceland are of volcanic black, like Reynisfjara. There’s a nearby Viking burial site where a young man was buried alongside his weapons and other earthly possessions. I can’t blame whoever buried him for choosing this as his resting place. 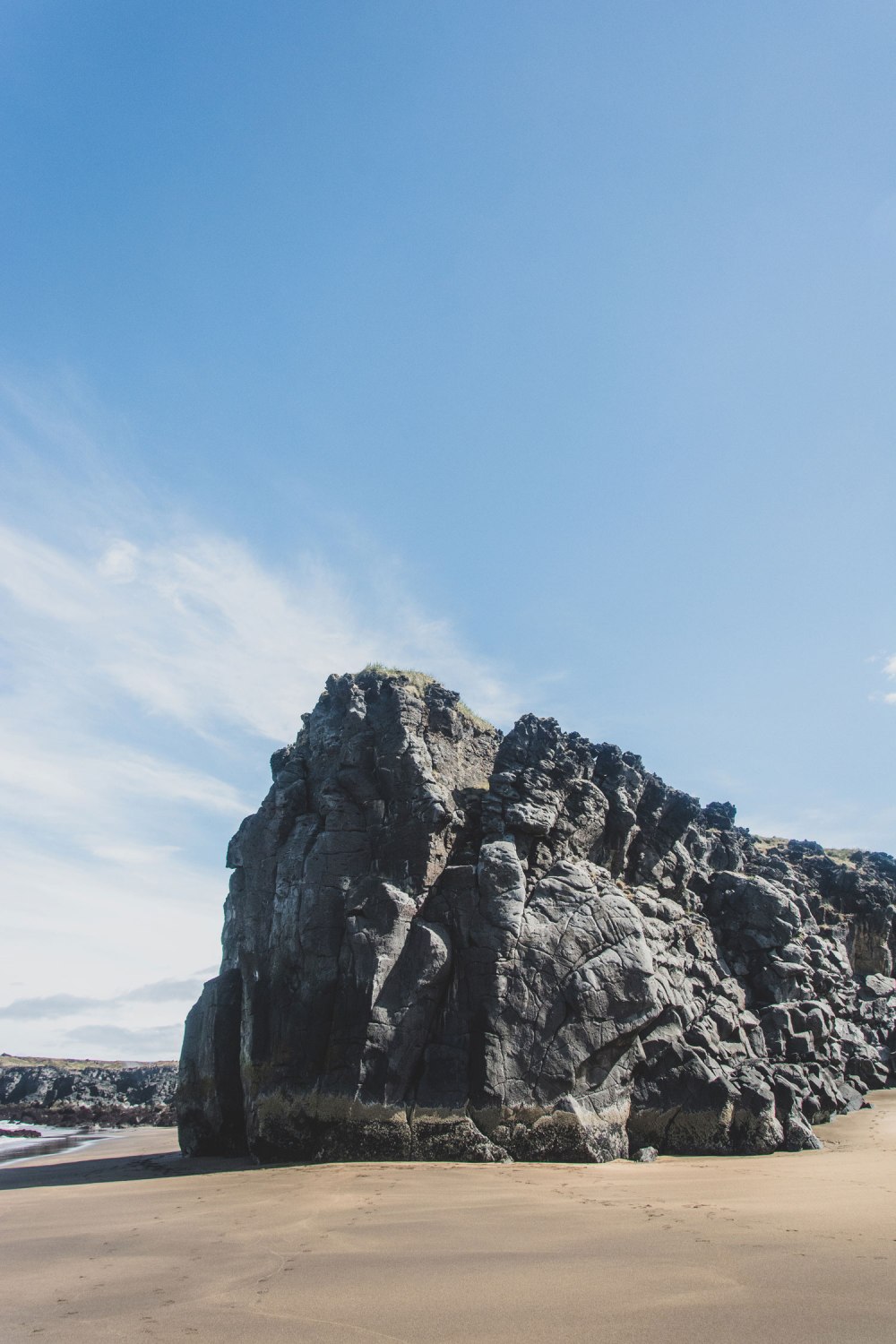 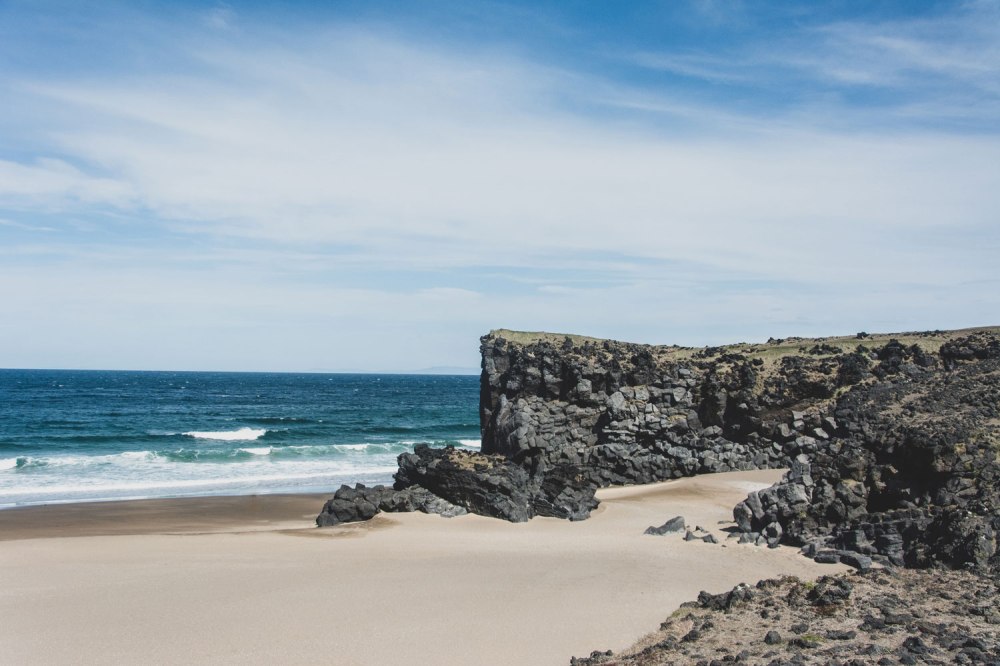 When visiting Skarðsvík, just like at Reynisfjara, be mindful of the waves, as they’re known for being particularly aggressive here.

This place is as in the middle of nowhere as I remember ever having been. It is at the very tippy tip of the northwestern corner of the Snæfellsnes peninsula, completely surrounded by moss-covered lava fields as far as the eye can see, and beyond that – mountains.

Serious Breath of the Wild vibes. 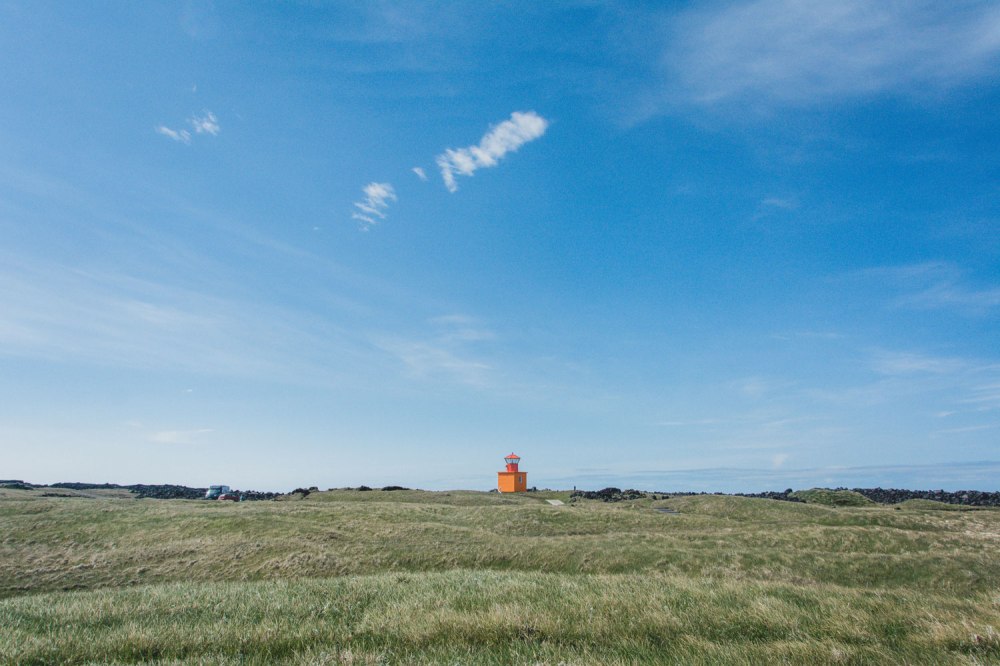 Much like Kerið, the Saxhóll crater is a very old volcano that erupted a long time ago, turning the surrounding terrain into miles and miles of lava fields. 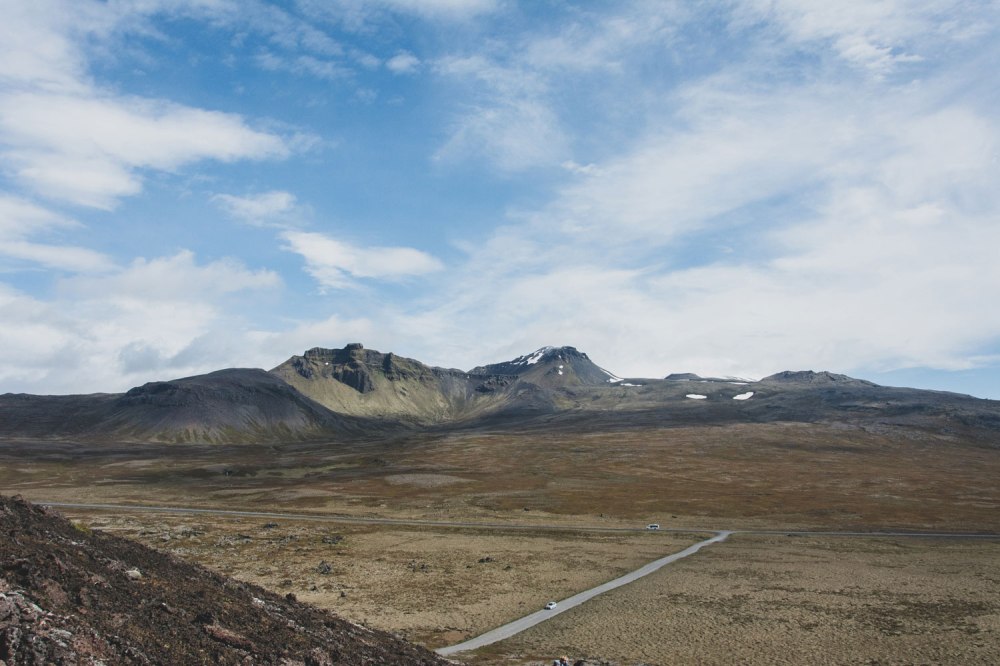 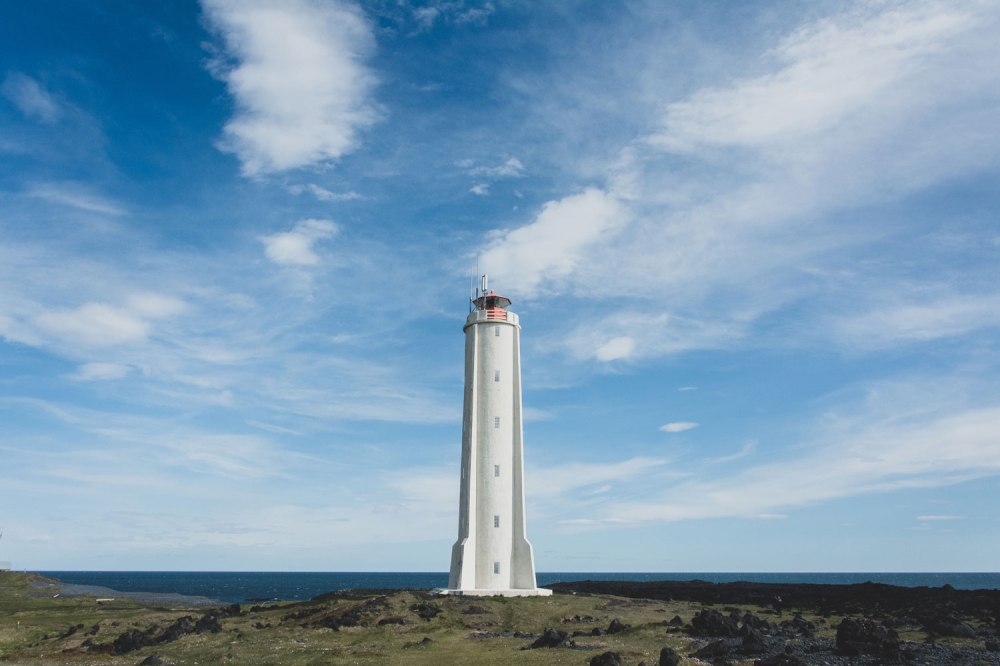 We made brief stops at the Gestastofa Visitor Center, which sits next to the Malarriff Lighthouse and has an exhibition with information about the flora and fauna in the surrounding area, and at the Lóndrangar viewpoint. Highly recommend the latter for some gorgeous views.

Hike from Hellnar to Arnarstapi

We had a quick snack at Fjöruhúsið café, in Hellnar, which is the most adorable thing I’ve ever seen in my life. 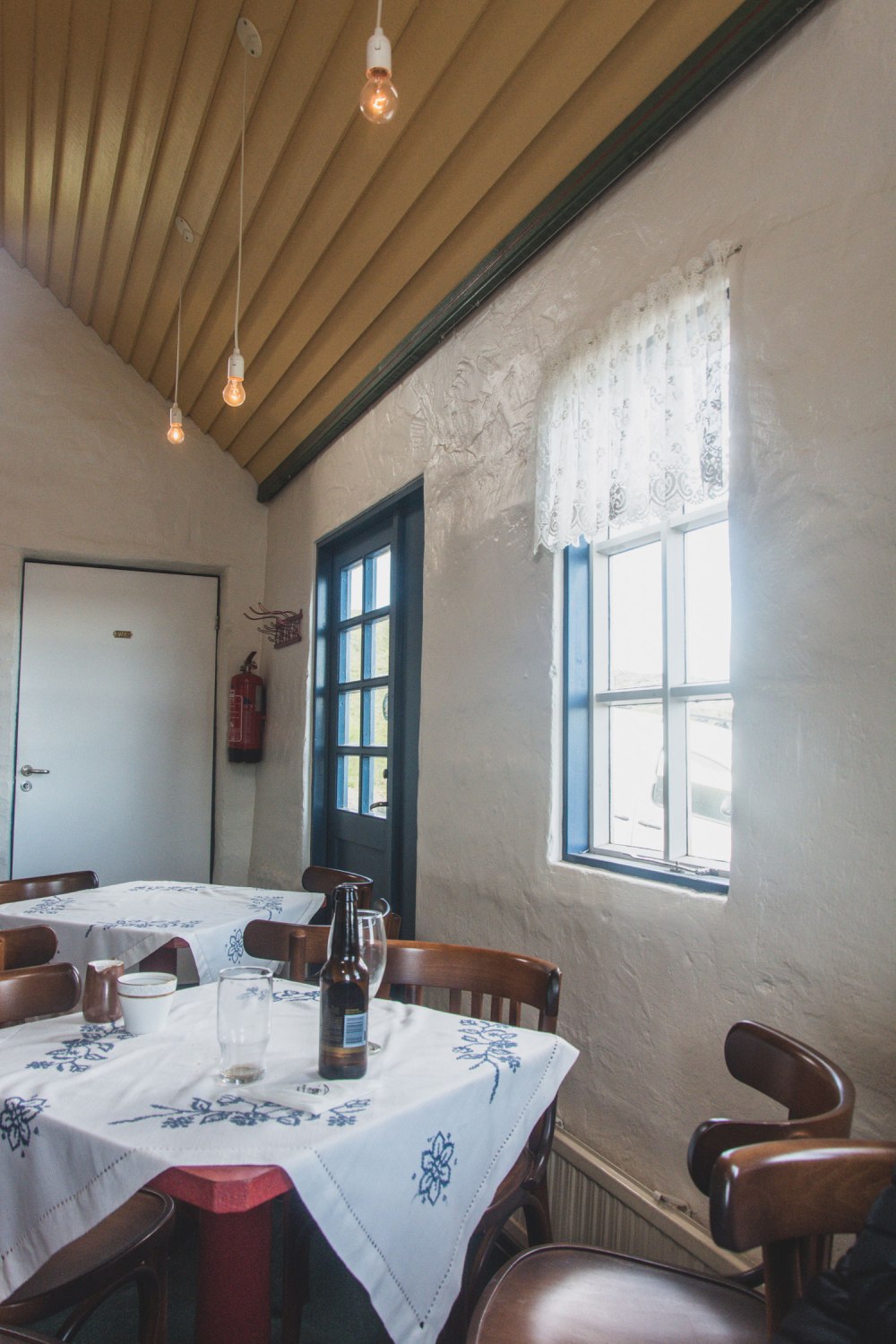 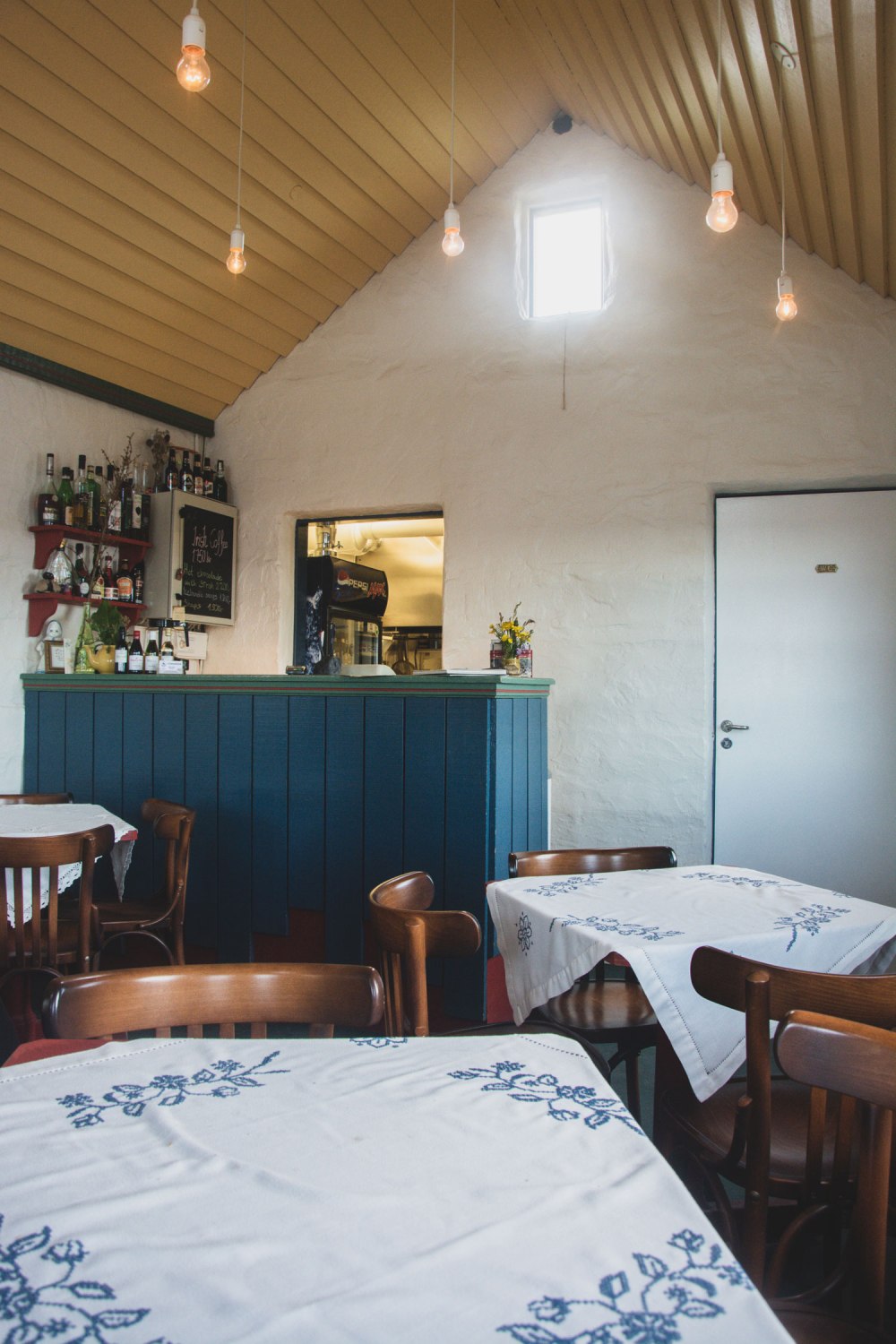 And then we hiked! You can find more info on the trail from Hellnar to Arnarstapi here. The hike was beautiful – the day was bright and blue, everything was rocky and mossy and green and just absolutely breathtaking. 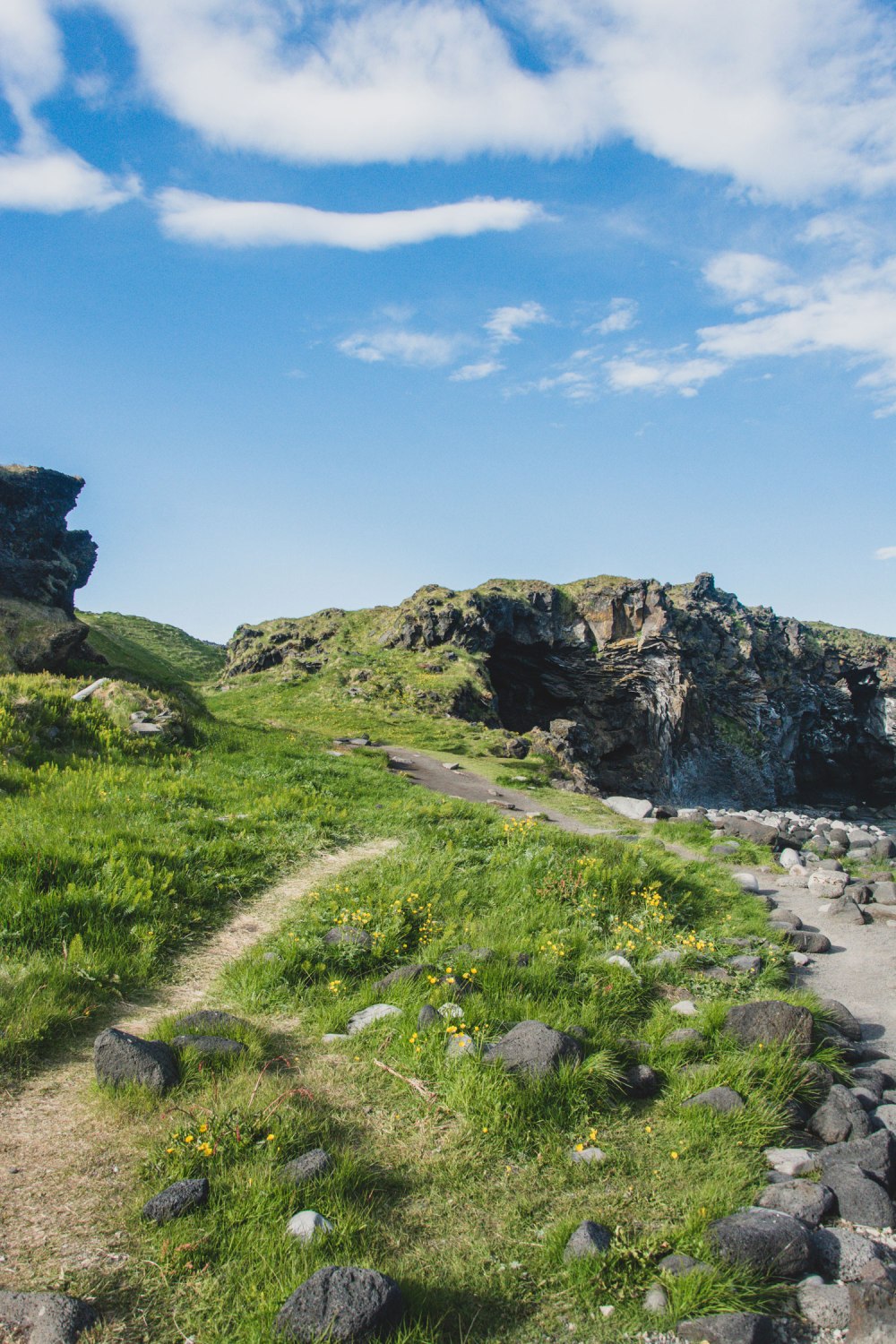 The snowy mountain on the left is Snæfellsjökull, a 700,000-year-old volcano capped by a glacier, and it is so large that on a clear day it can be visible from Reykjavík. 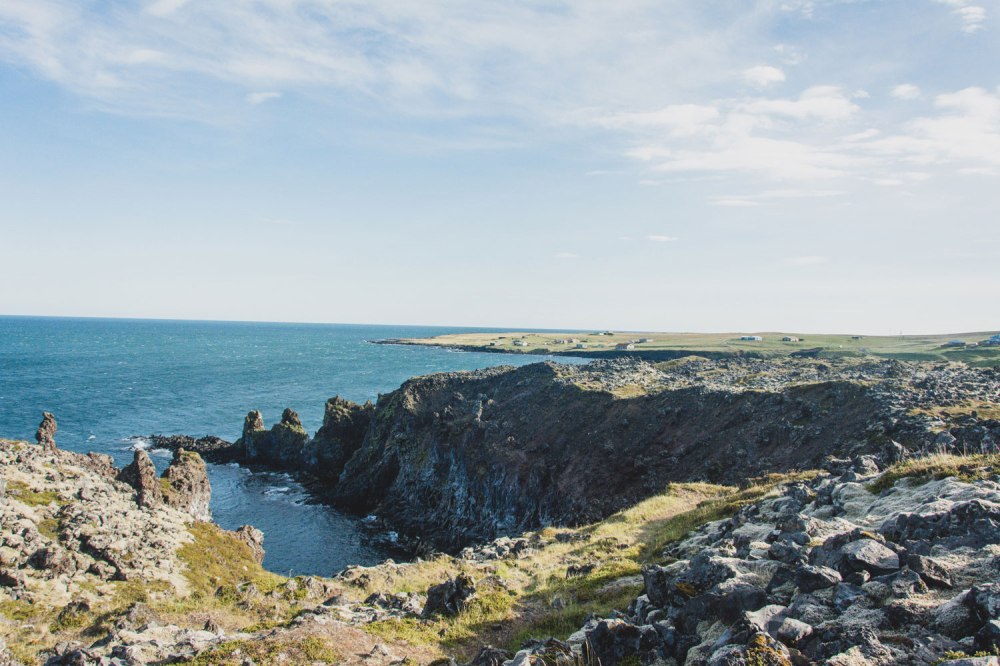 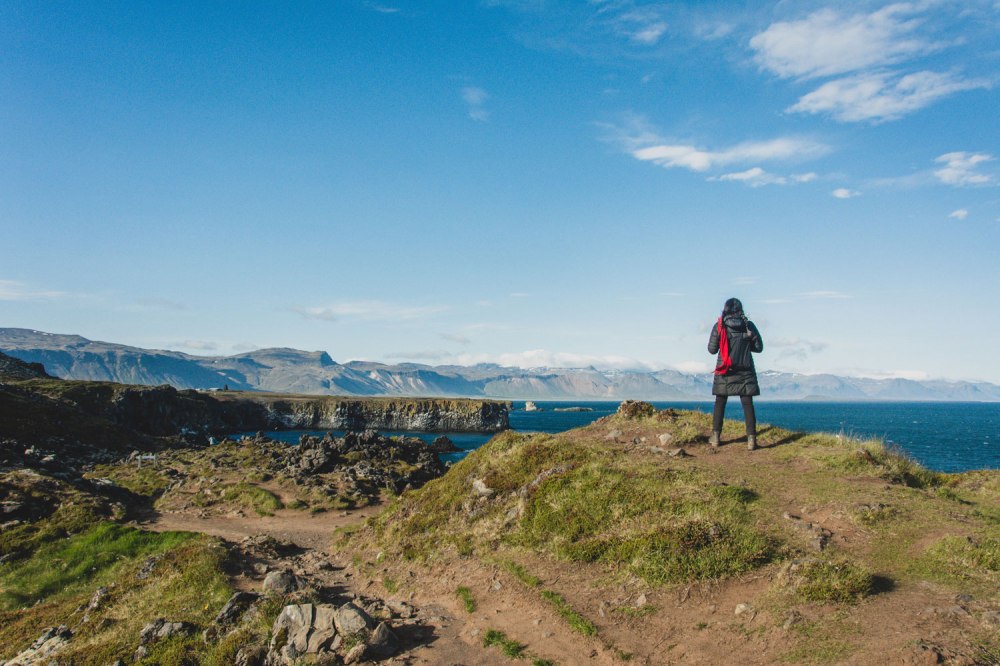 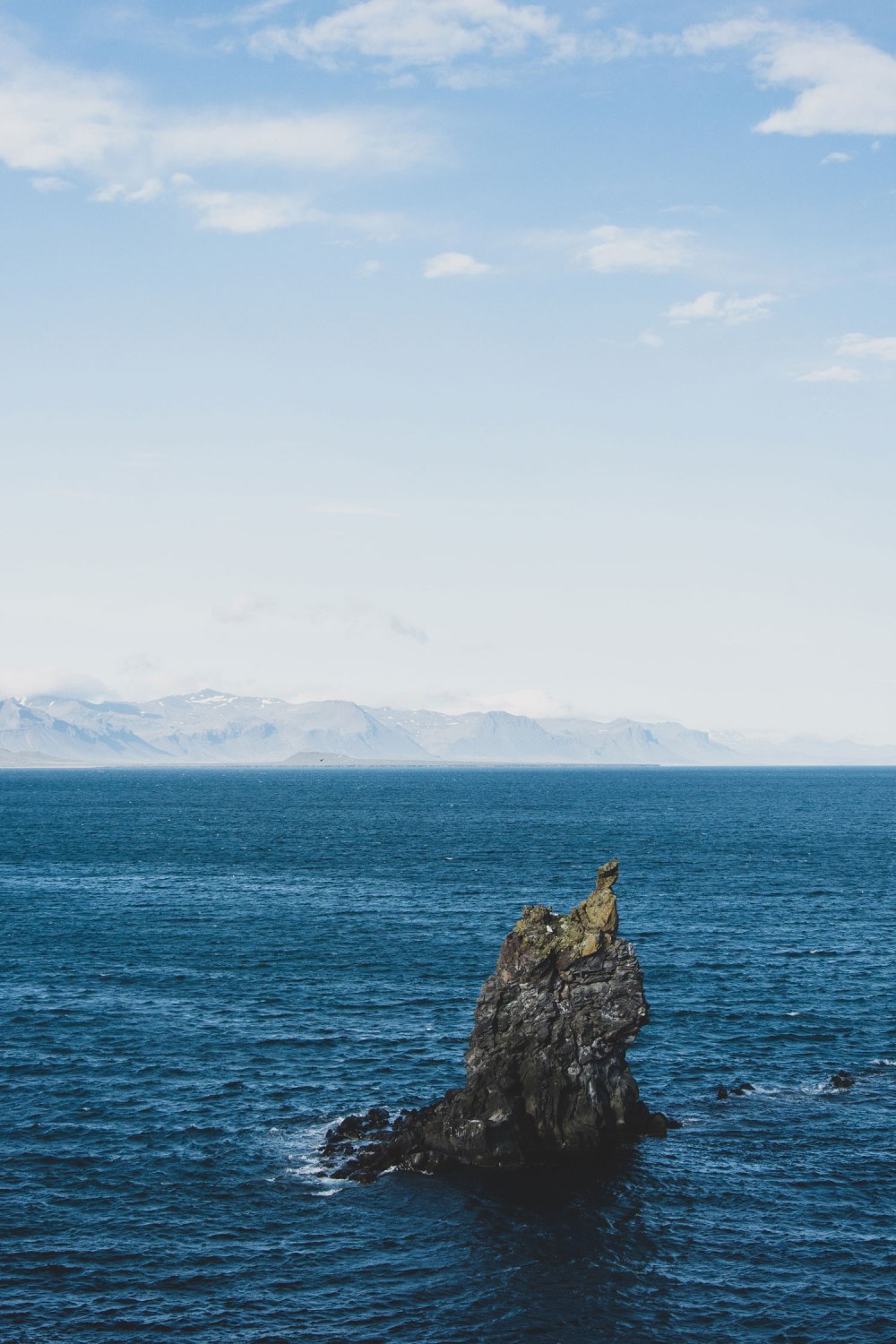 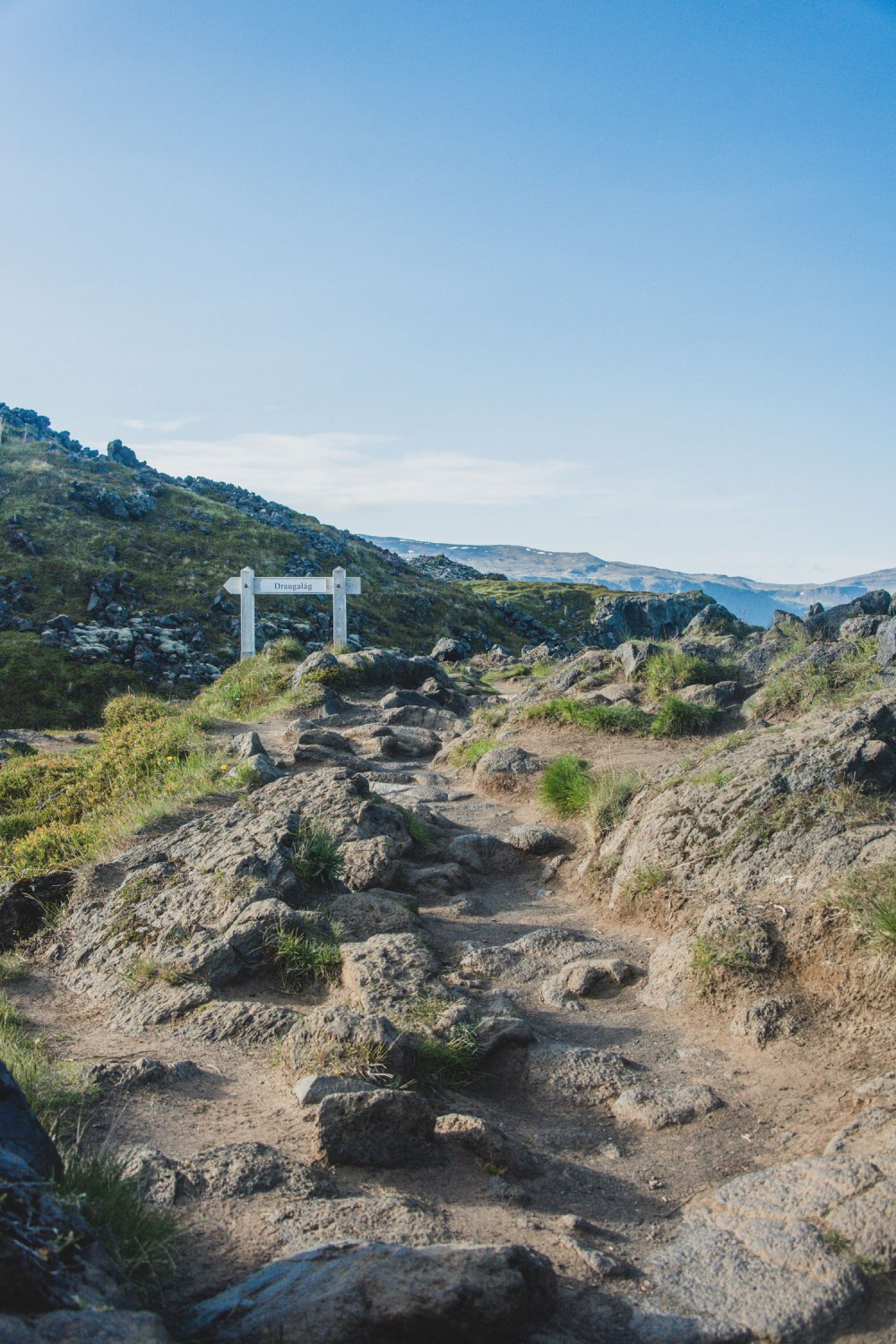 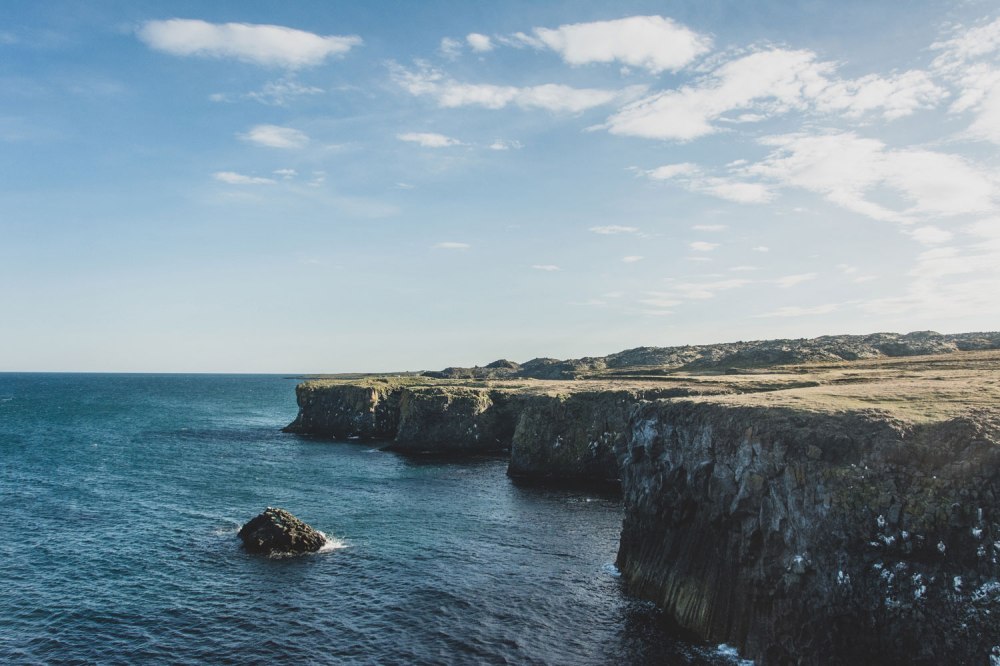 Once in Arnarstapi, it is impossible to miss this statue created by Ragnar Kjartansson representing Bárður Snæfellsás, a troll-human half-breed from the Icelandic saga Bárðar Saga Snæfellsáss. He got into a number of adventures, including killing a married couple and thus granting the beach by Malariff and the cliffs by Longrandar (both of which I mentioned above) their names. He is said to have eventually retired to live at Snæfellsjökull glacier, from where he protects the entire peninsula. 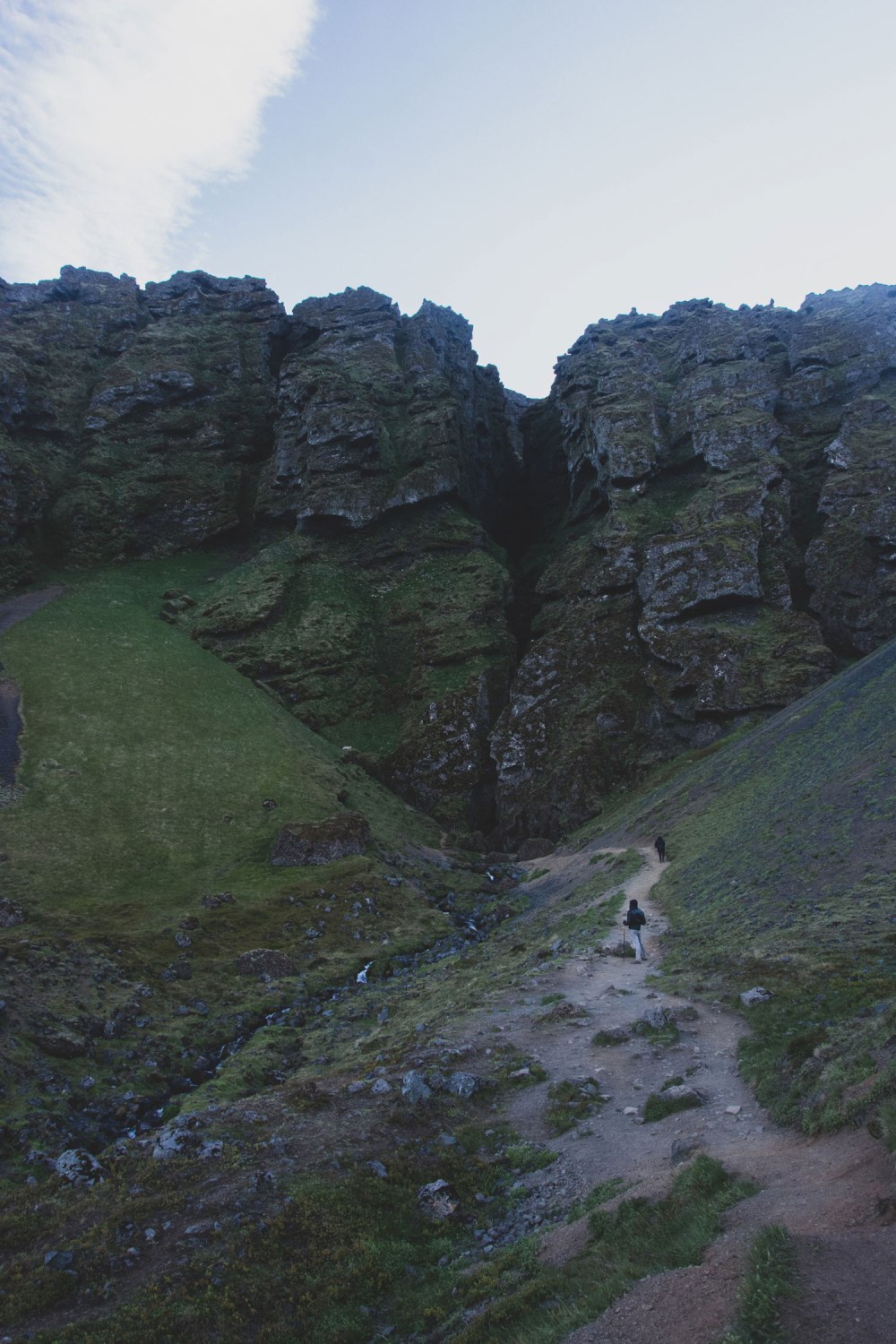 Rauðfeldsgjá gorge is also connected to Bárður. His children and the children of his half-brother, Sölvi and Rauðfeldur, who lived in Arnarstapi, played together in the area nearby.  One day they pushed Helga, Bárður’s eldest daughter, onto an iceberg, which floated away as the wind was so strong.

Helga eventually reached Greenland where she embarked in her own share of adventures, but Bárður was so angry that he grabbed both of his nephews and killed them. Sölvi he threw over the nearby Sölvahamar cliff, and Rauðfeldur into the Rauðfeldsgjá gorge, giving them both their names. 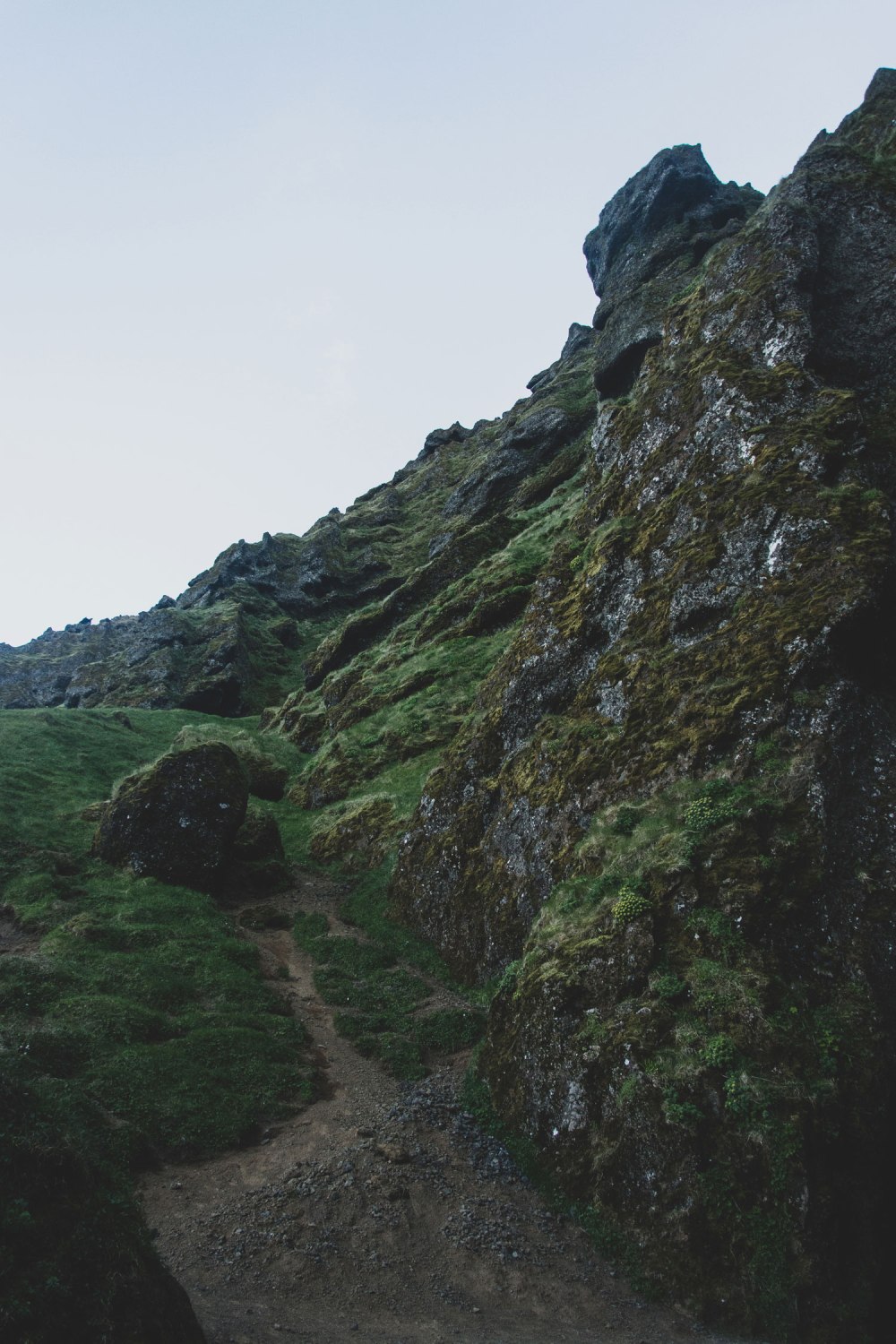 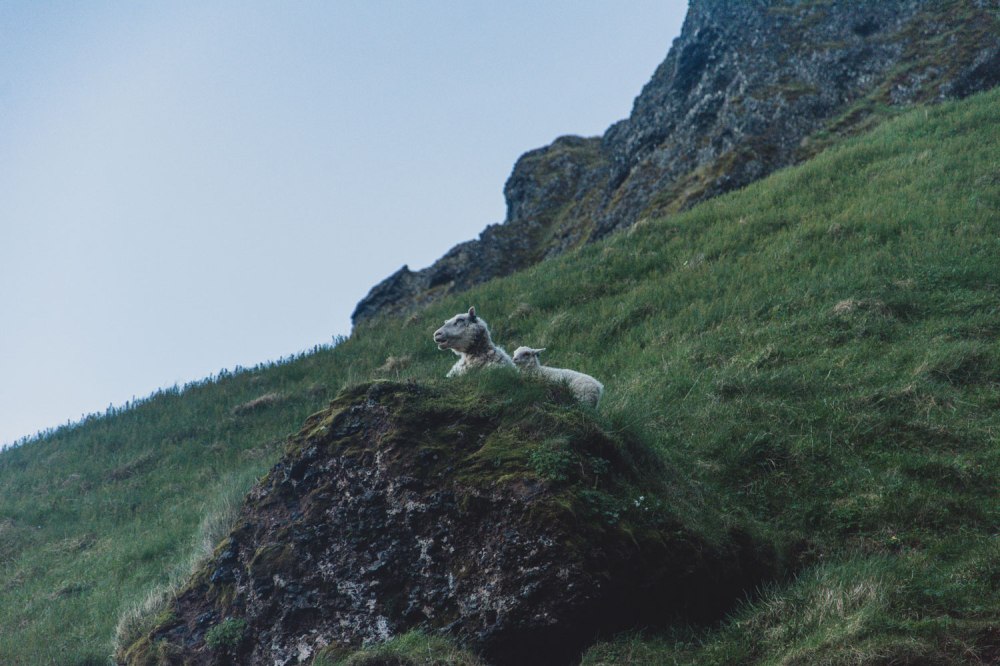 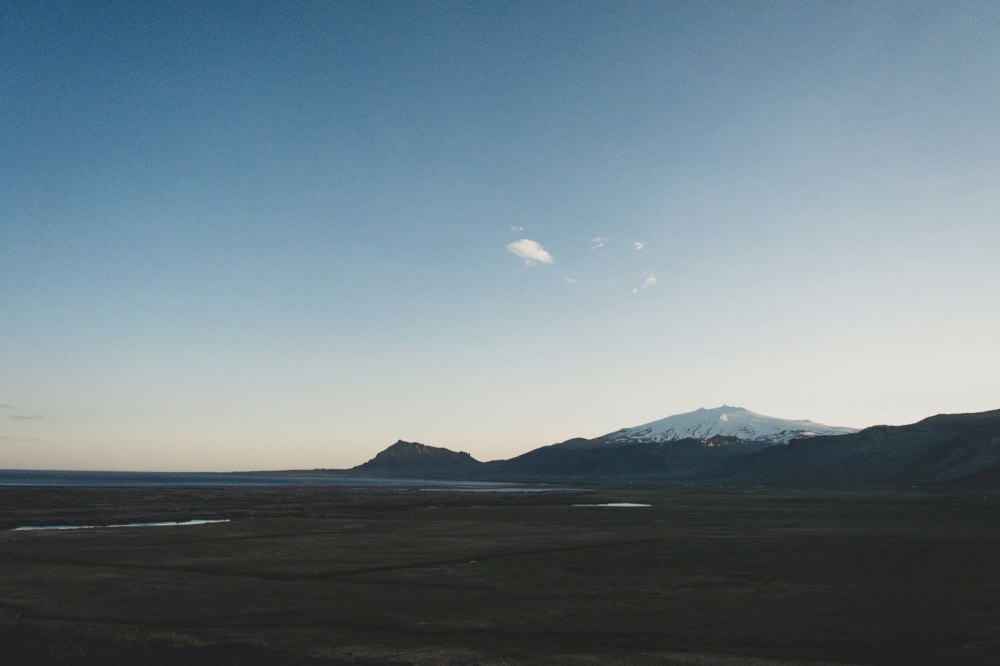 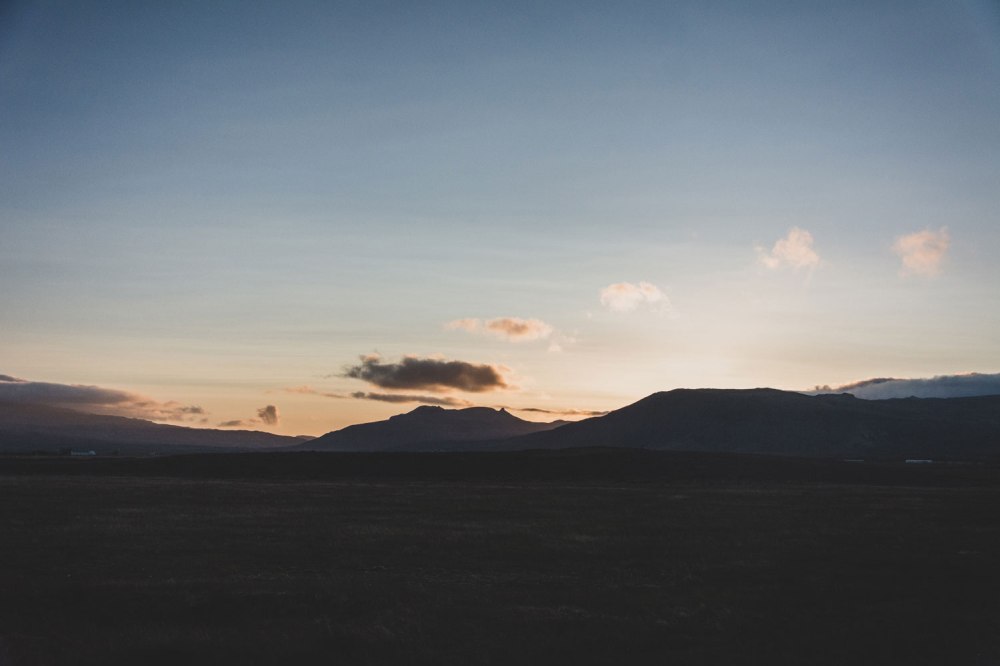 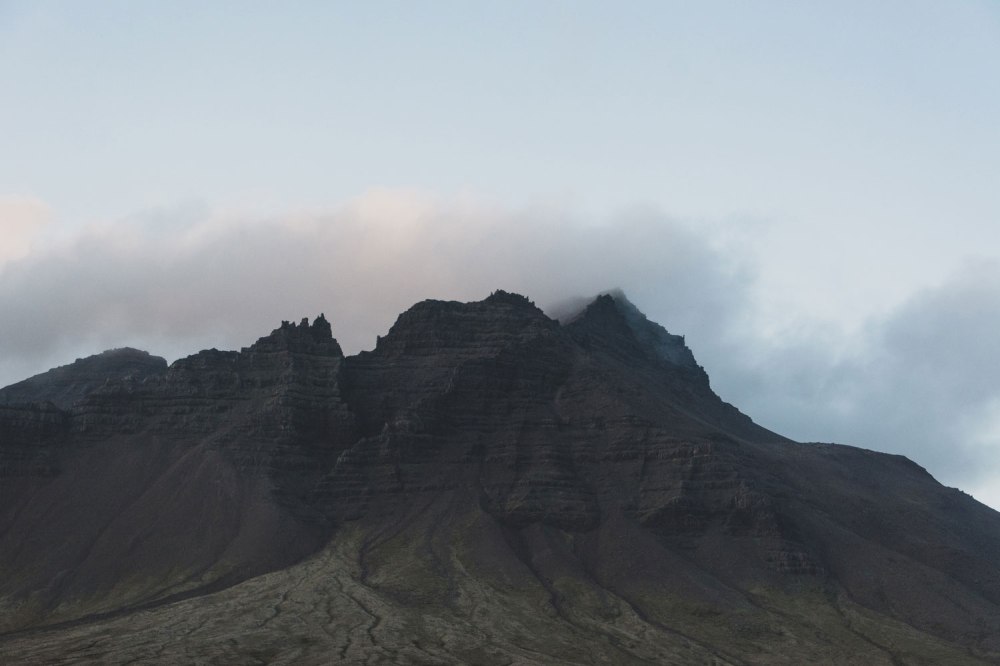