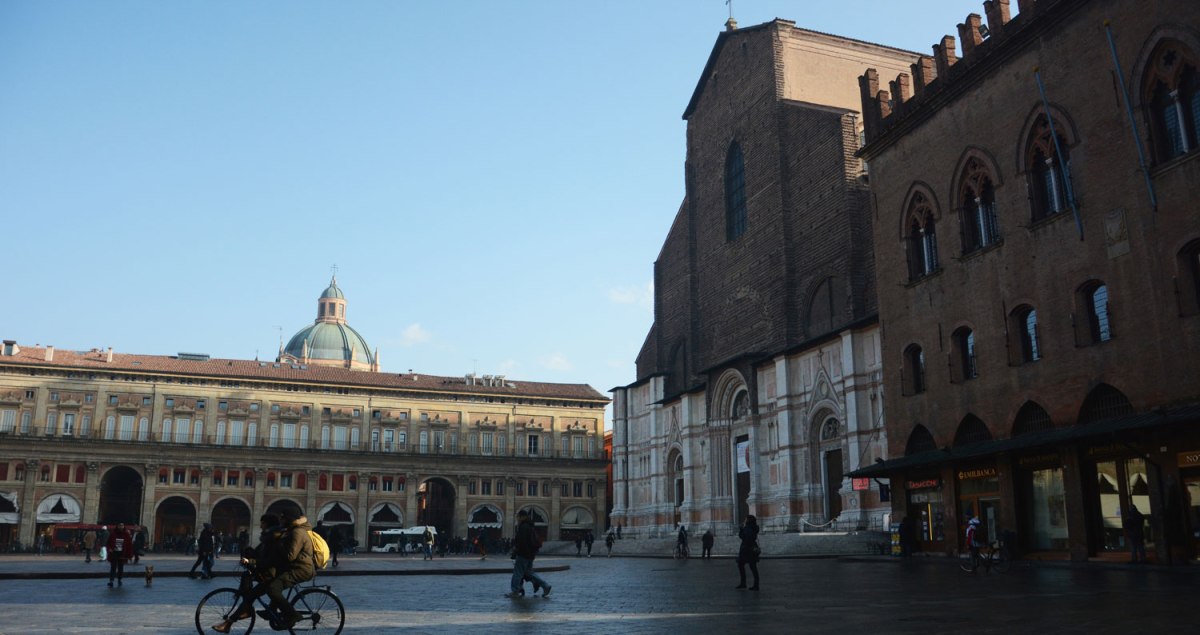 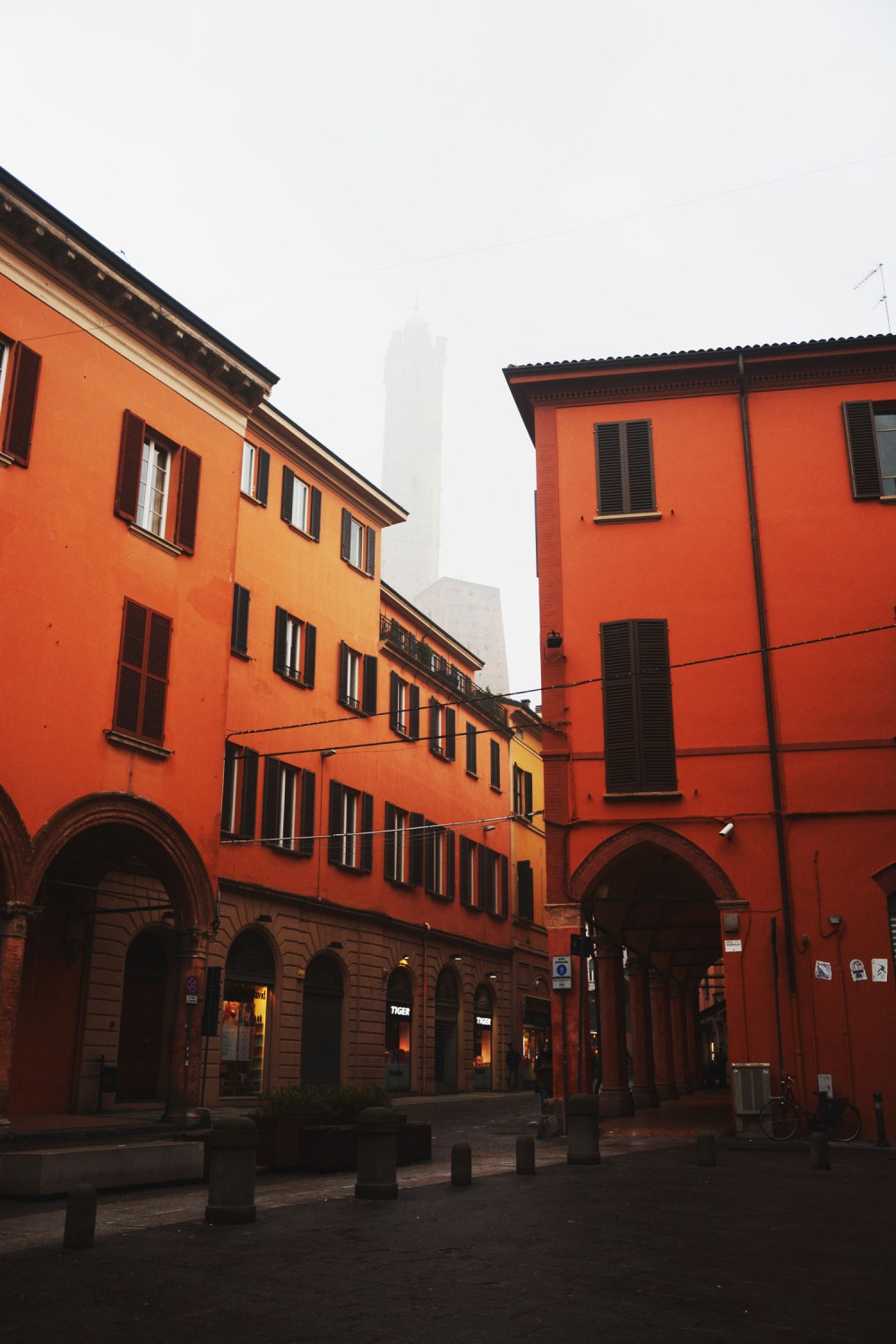 Bologna is known for a few things. For being the home of the Università di Bologna, the oldest university in the world, originally founded in 1088 – from here, “La Dotta (The Learned One).” For the Bolognese sauce, as well as the production of a variety of cured meats, which gives birth to the city’s nickname as “La Grassa (The Fat One).” “La Rossa (The Red One)” is, originally, supposed to have referred to its red roofs, although after World War II it also became tied to the city’s political climate, as it became a stronghold of the Italian Communist Party. 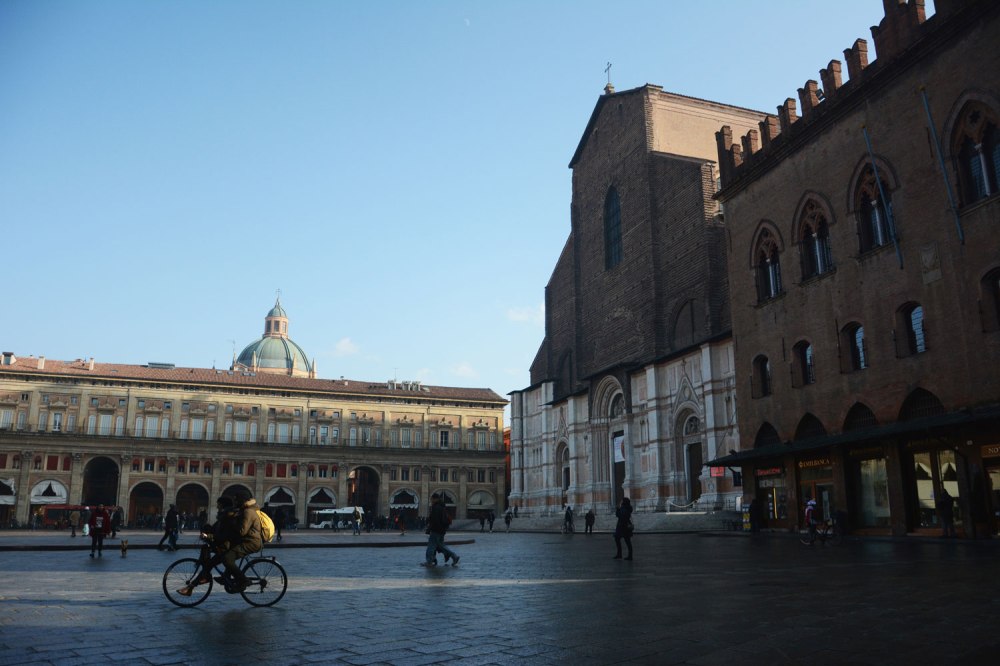 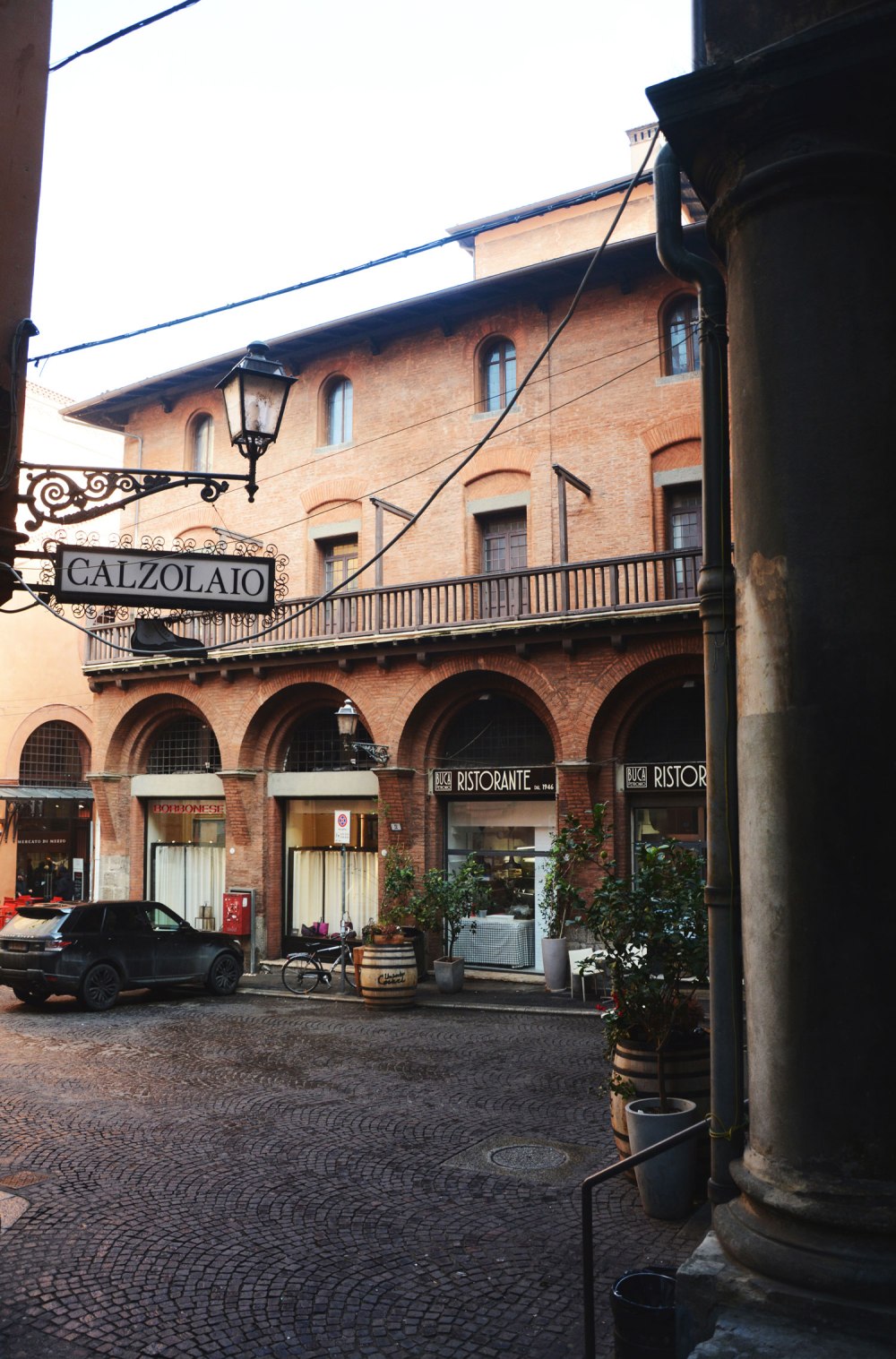 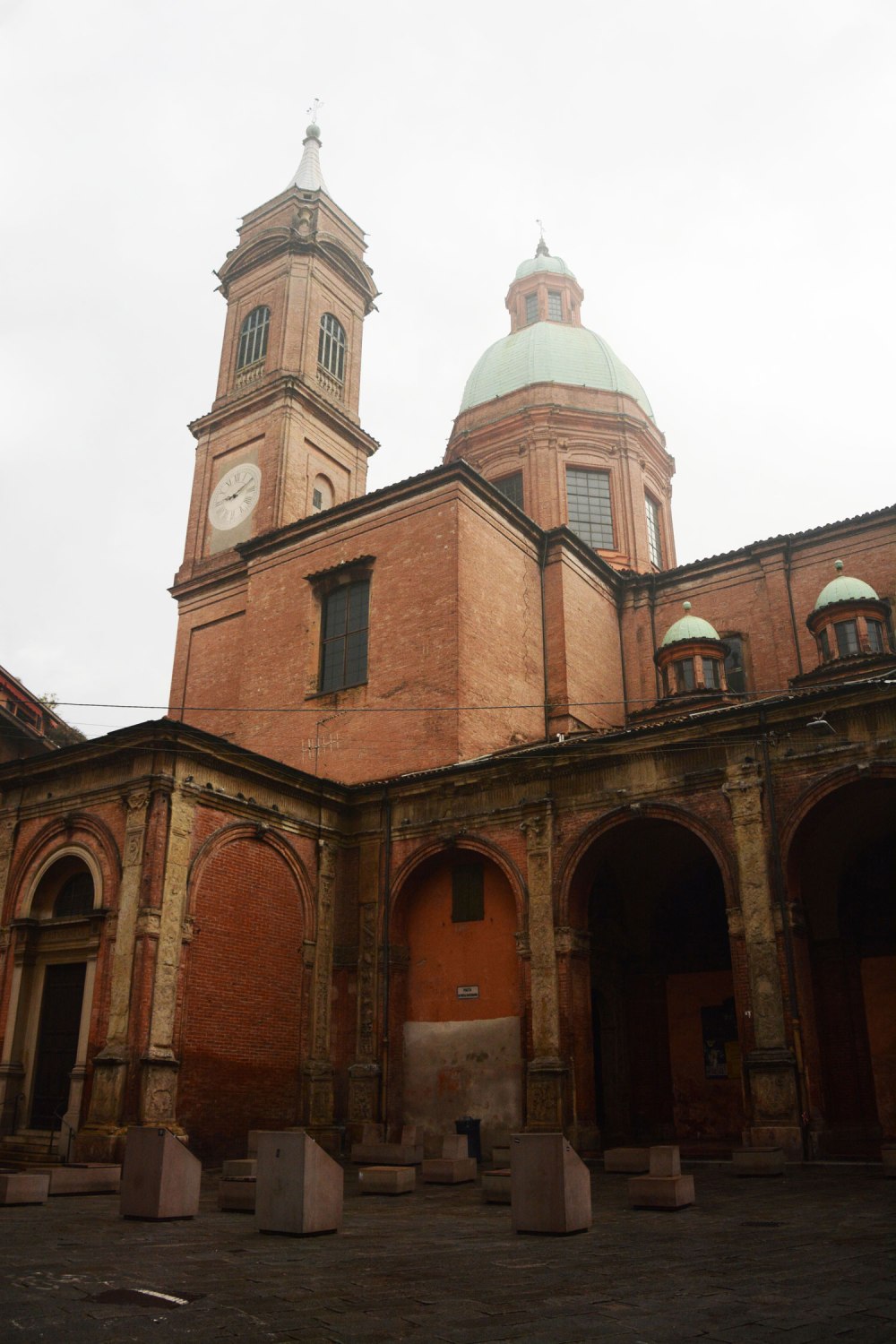 It was once also known for its towers, the number of which may have at one point reached 100 (!). Sadly, fewer than twenty survive today – the Due Torri are the most famous, and are known as the landmark of the city. 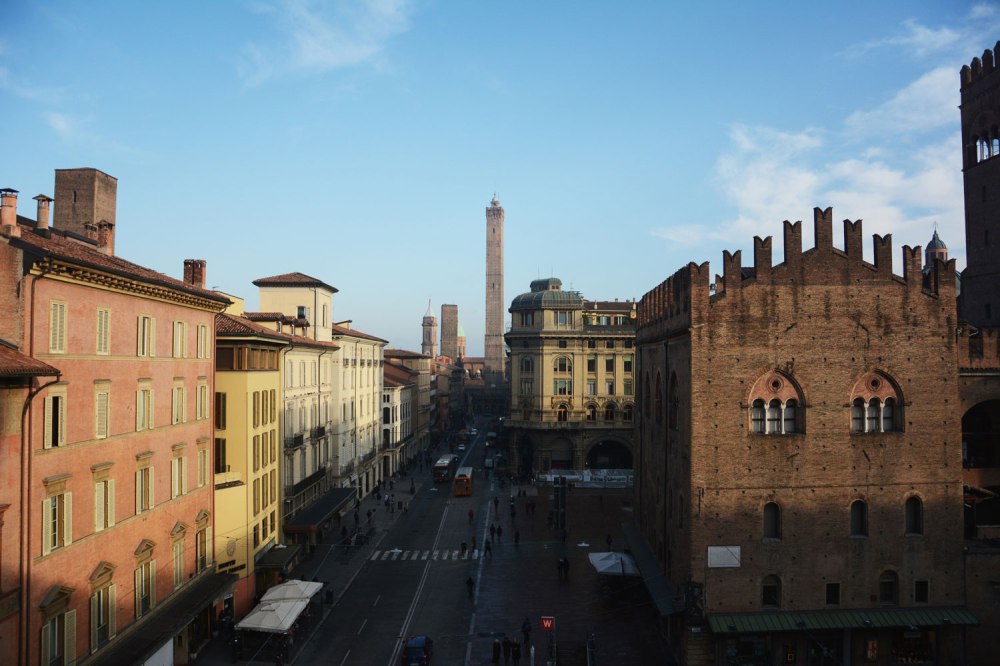 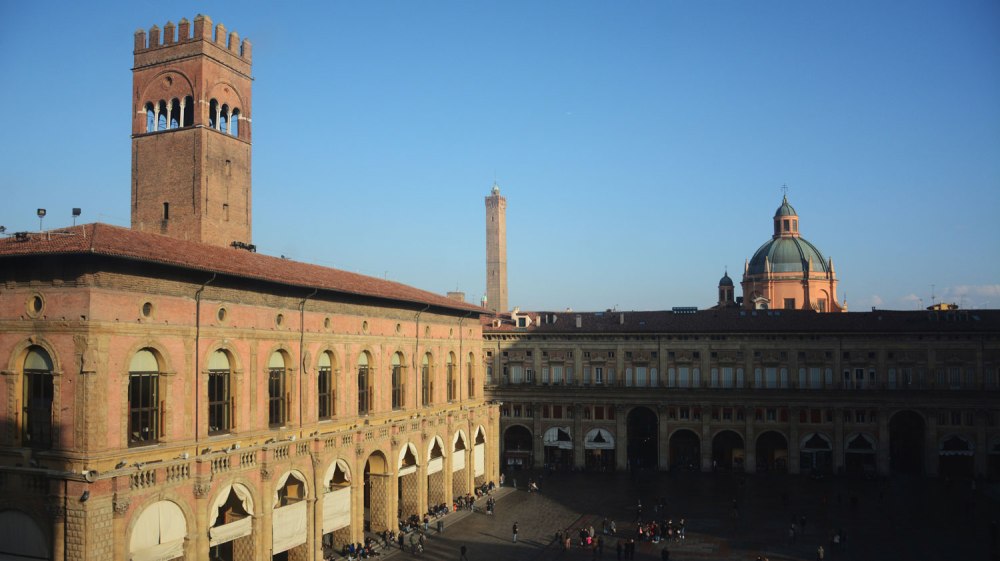 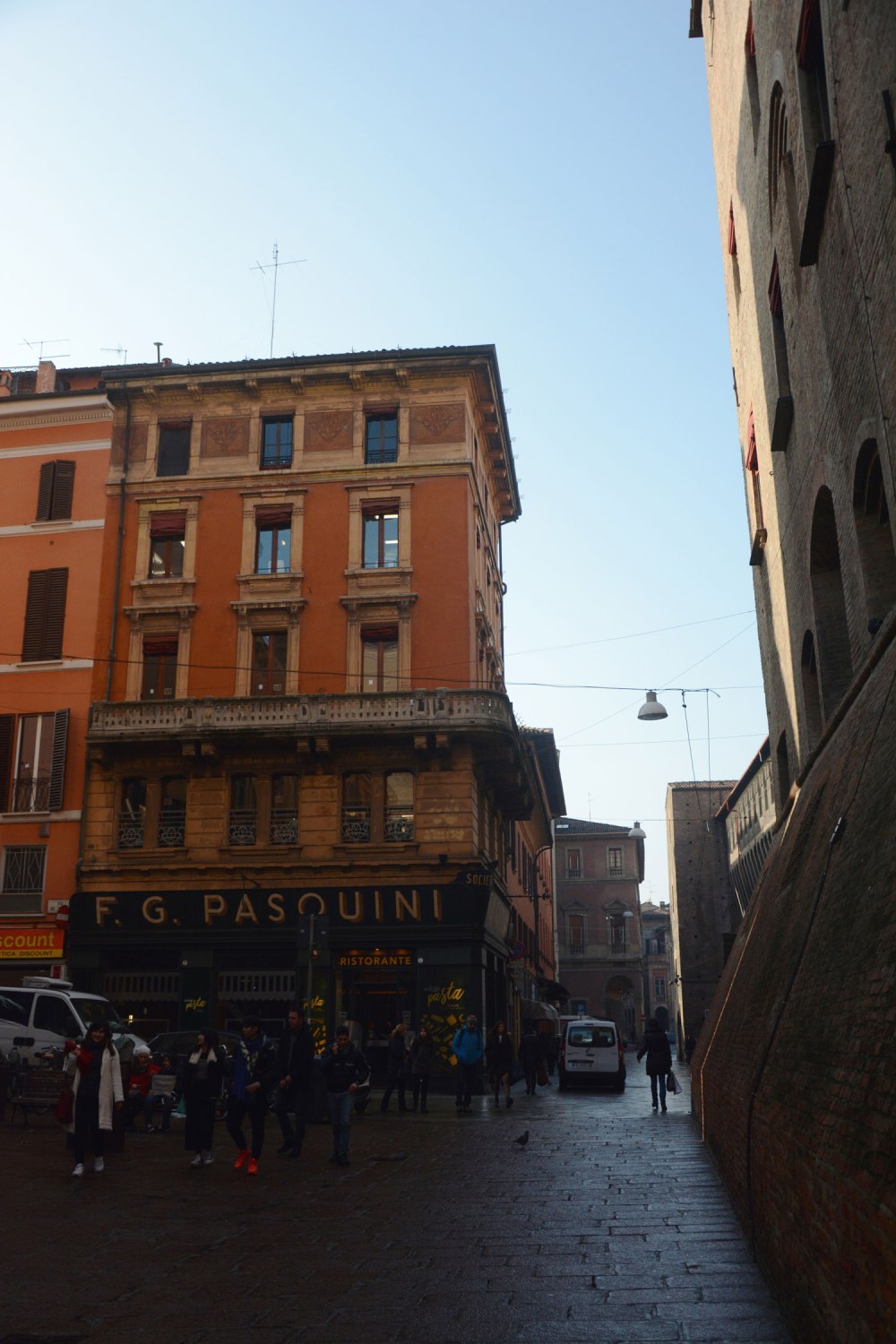 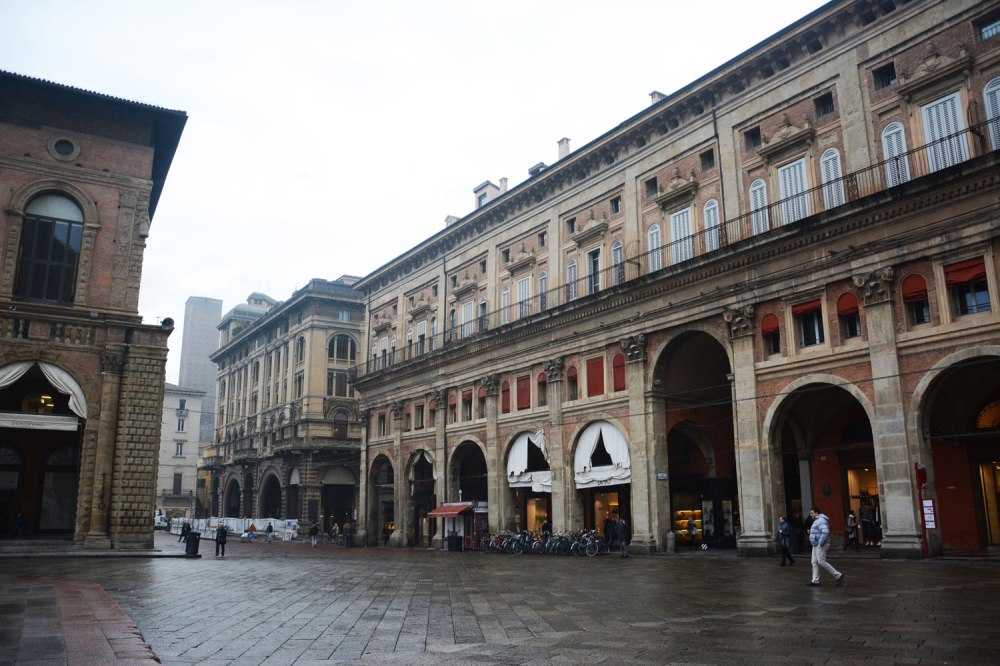 Another thing it’s known for – and a feature that I gladly welcomed, since it was raining most of the time I spent there – is its porticoes. They provide shelter to a great deal of the sidewalks in the city, covering a length of some 38 kilometers in total, due to a civic practice that has been in place since the 11th century. 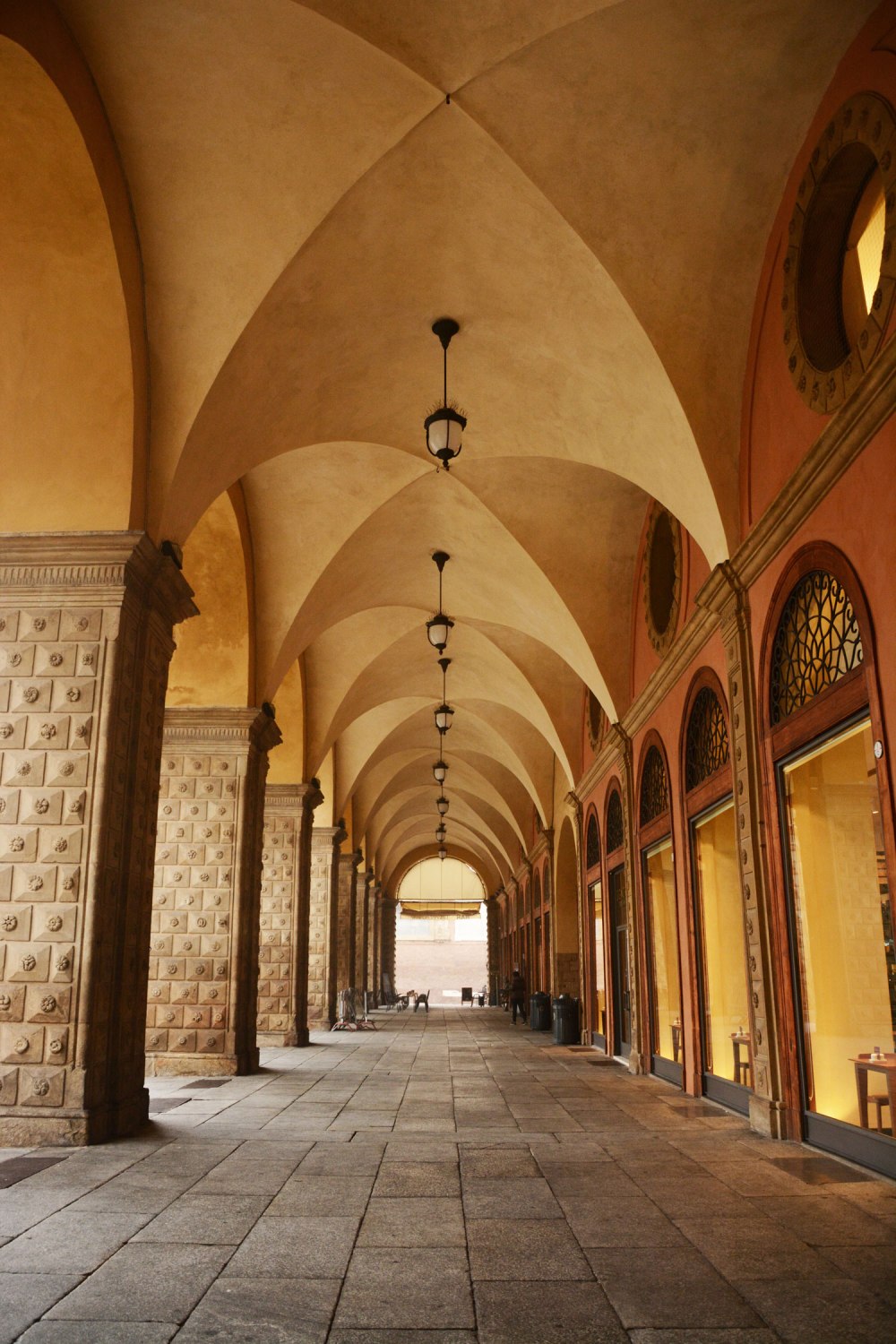 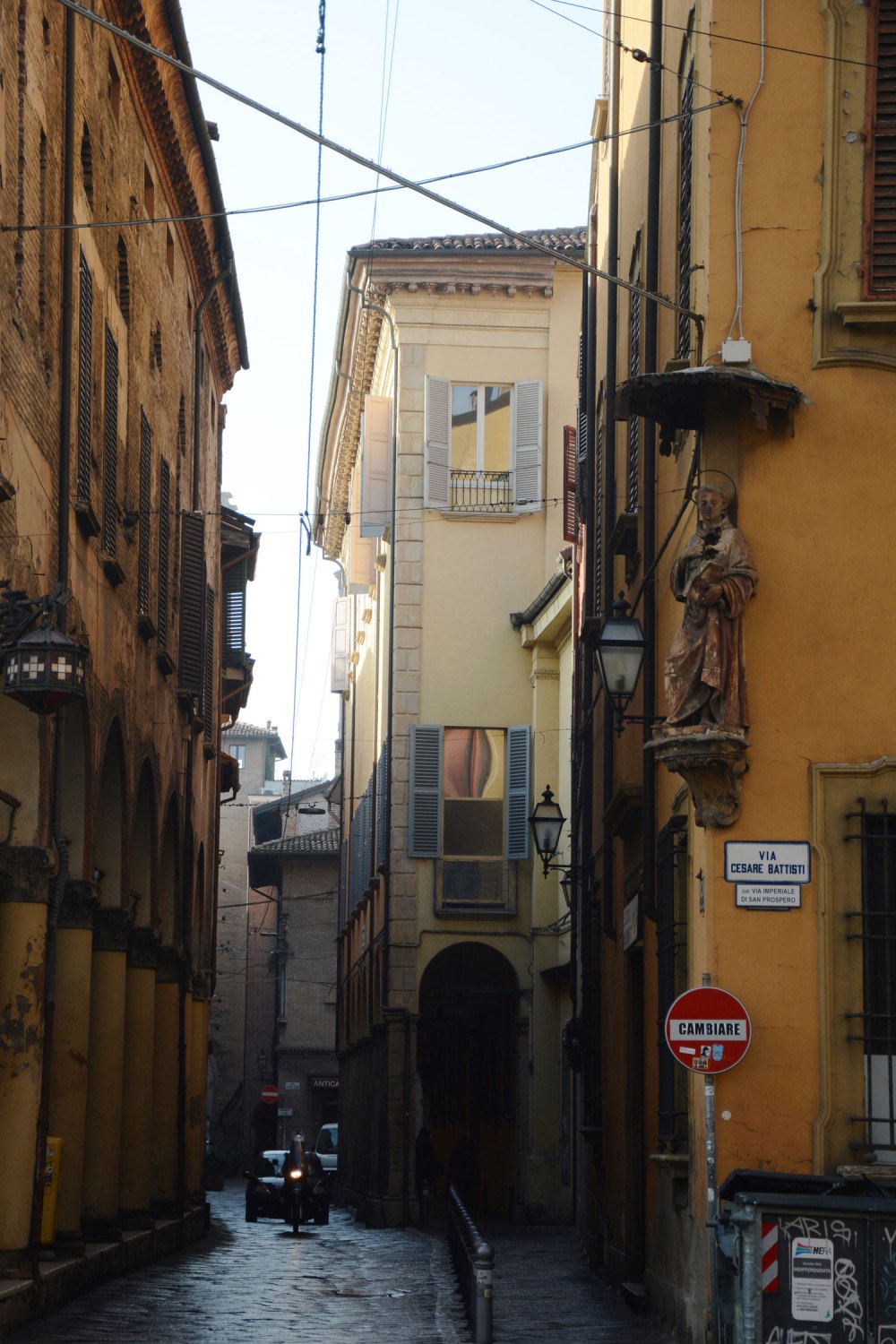 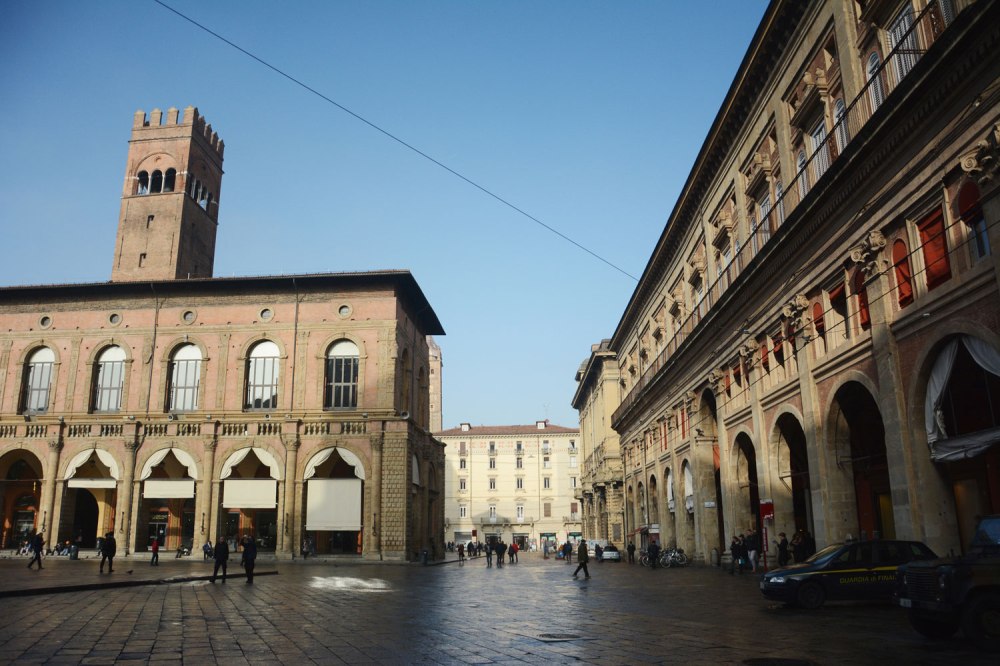 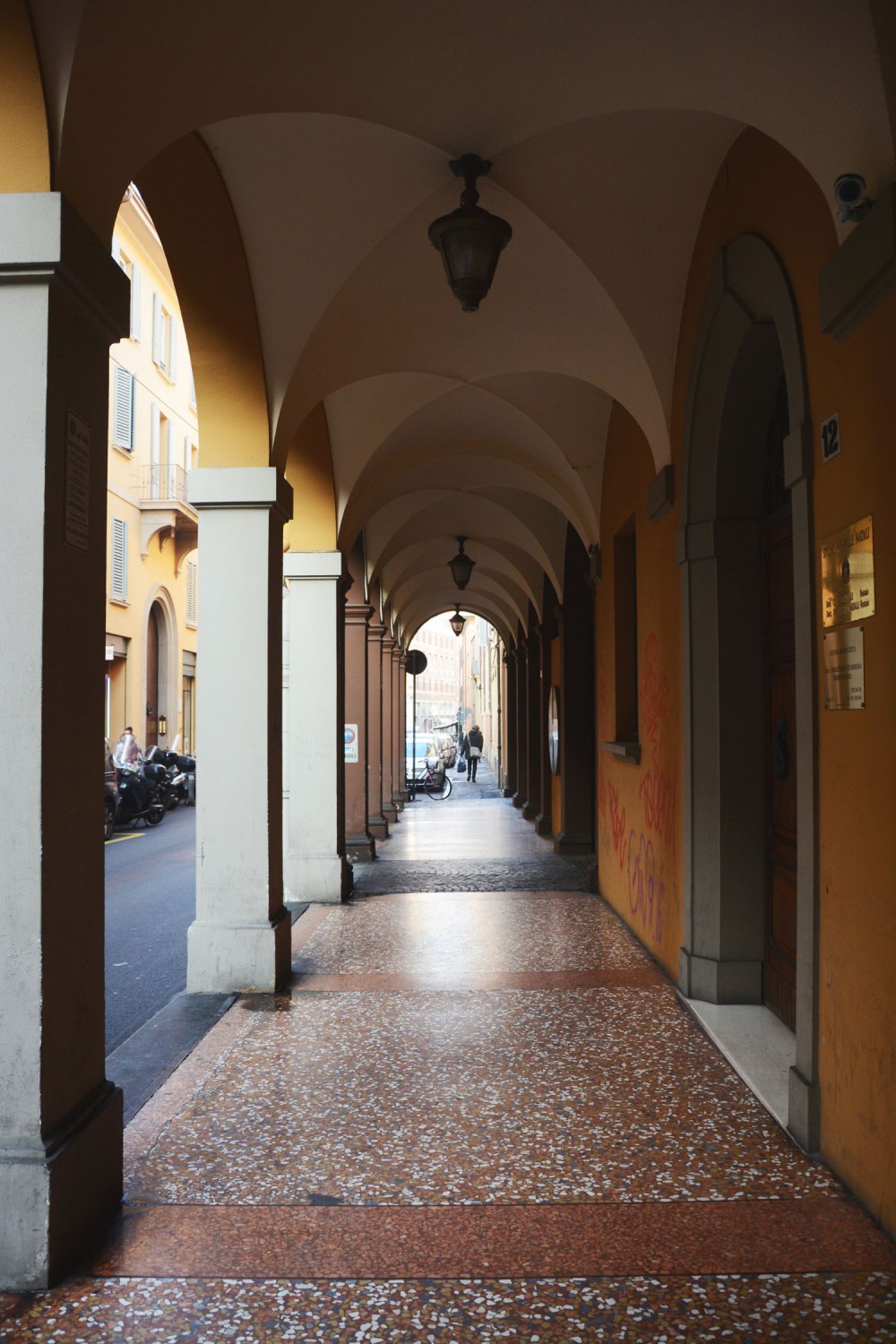 I will now, however, forever know it as the city where I got stuck for 17 hours due to the Bologna airport closing and my flight thus being delayed. That… and the light. 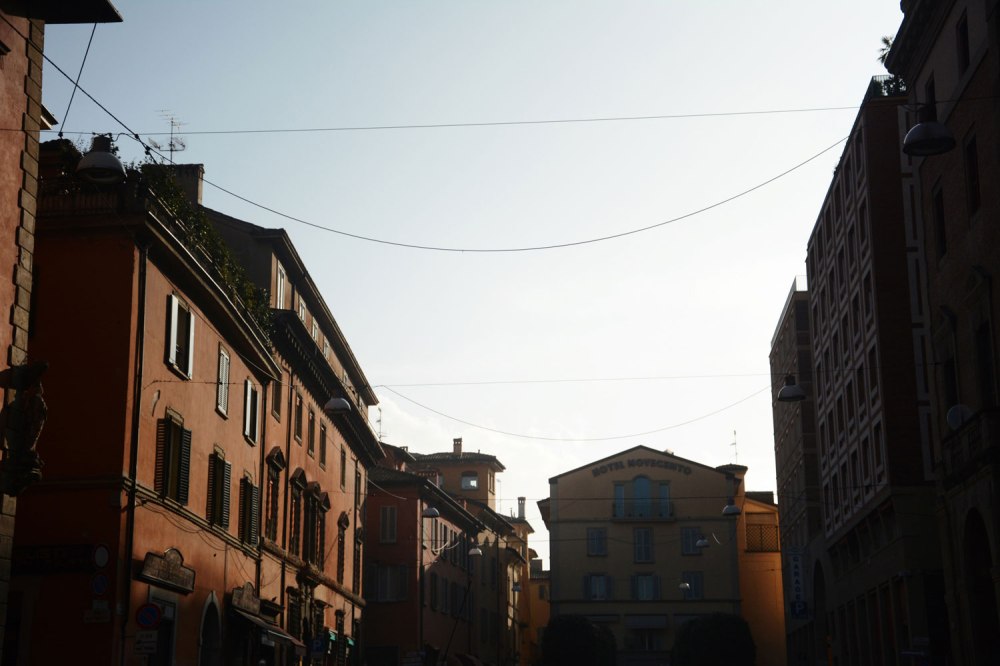 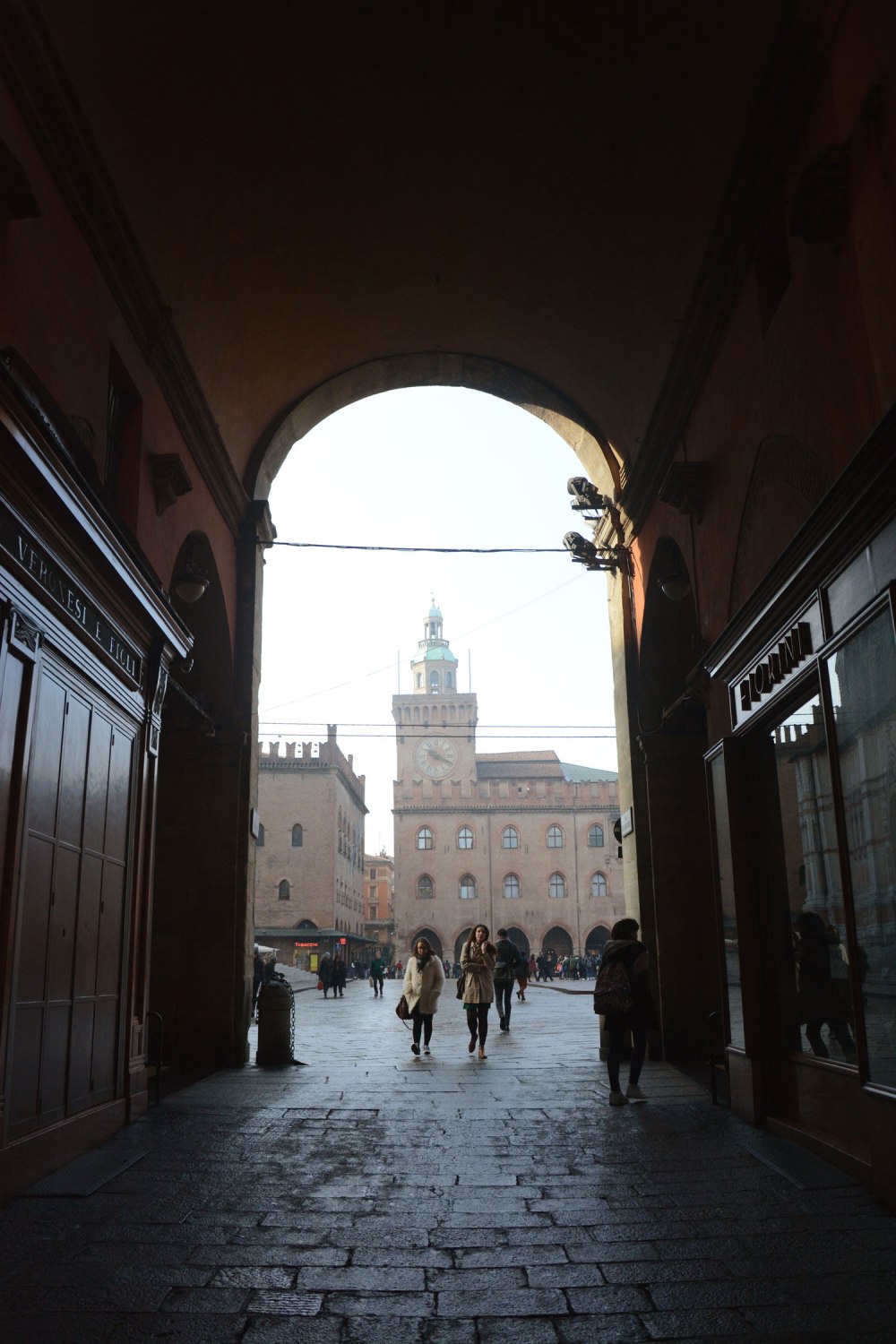 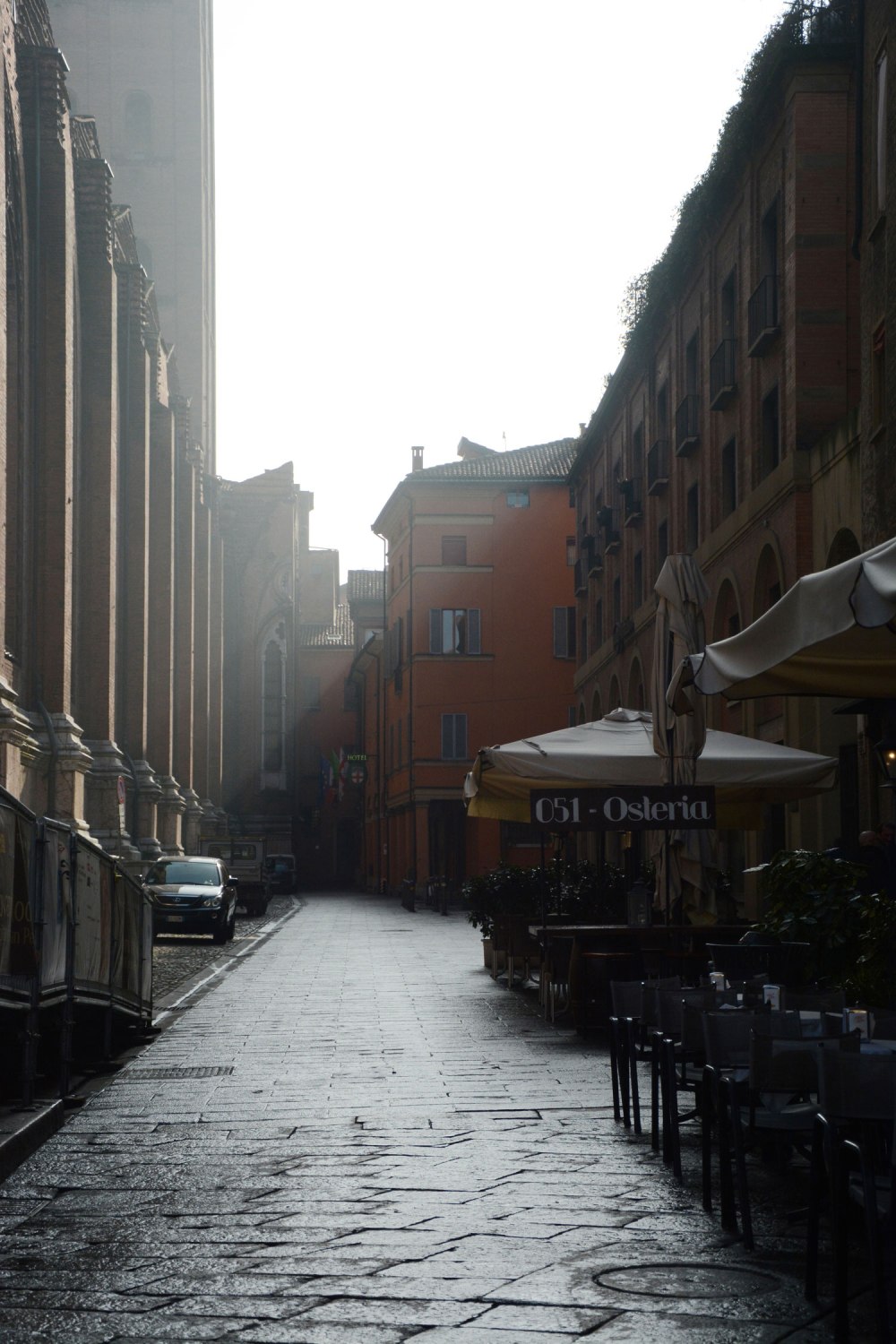 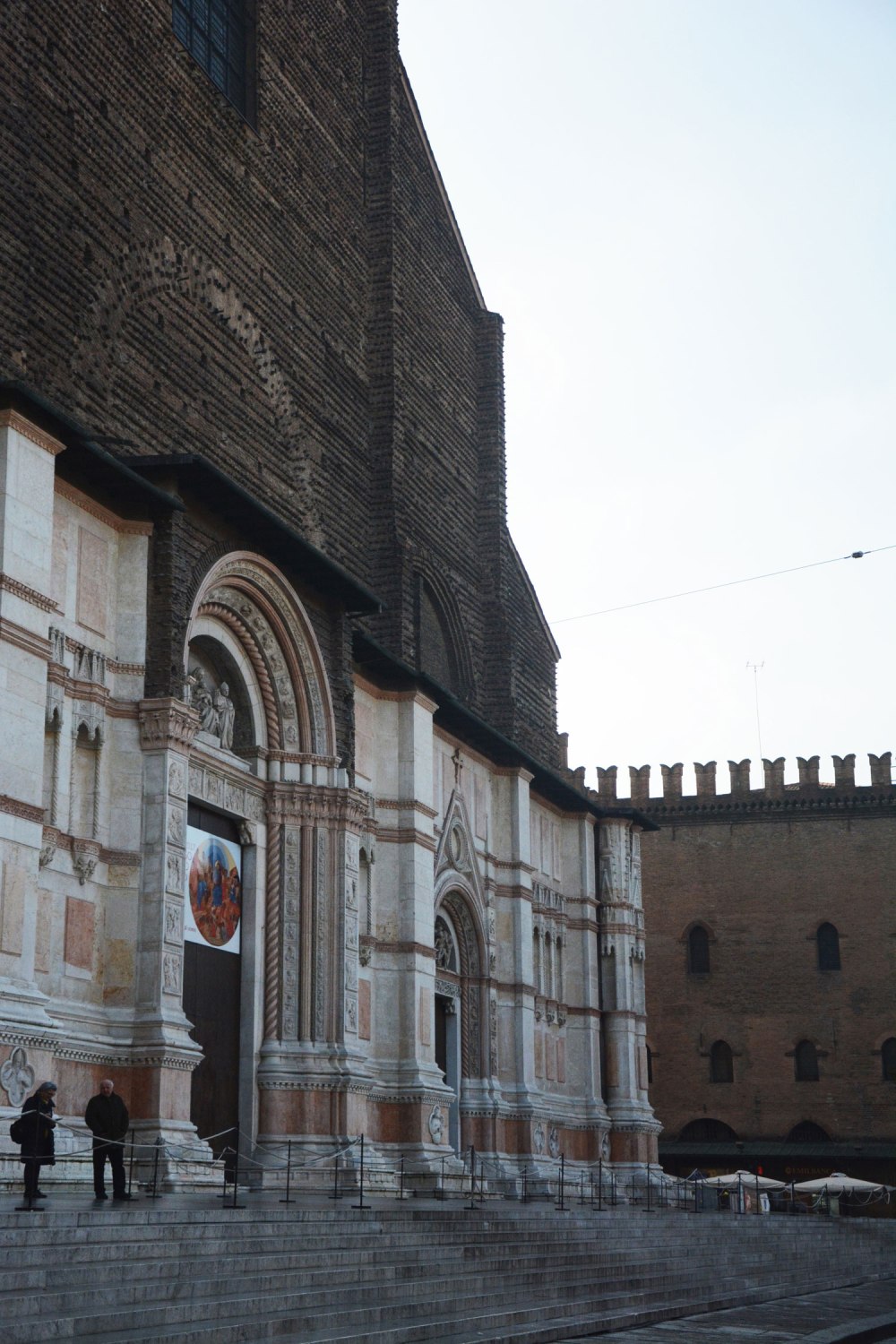 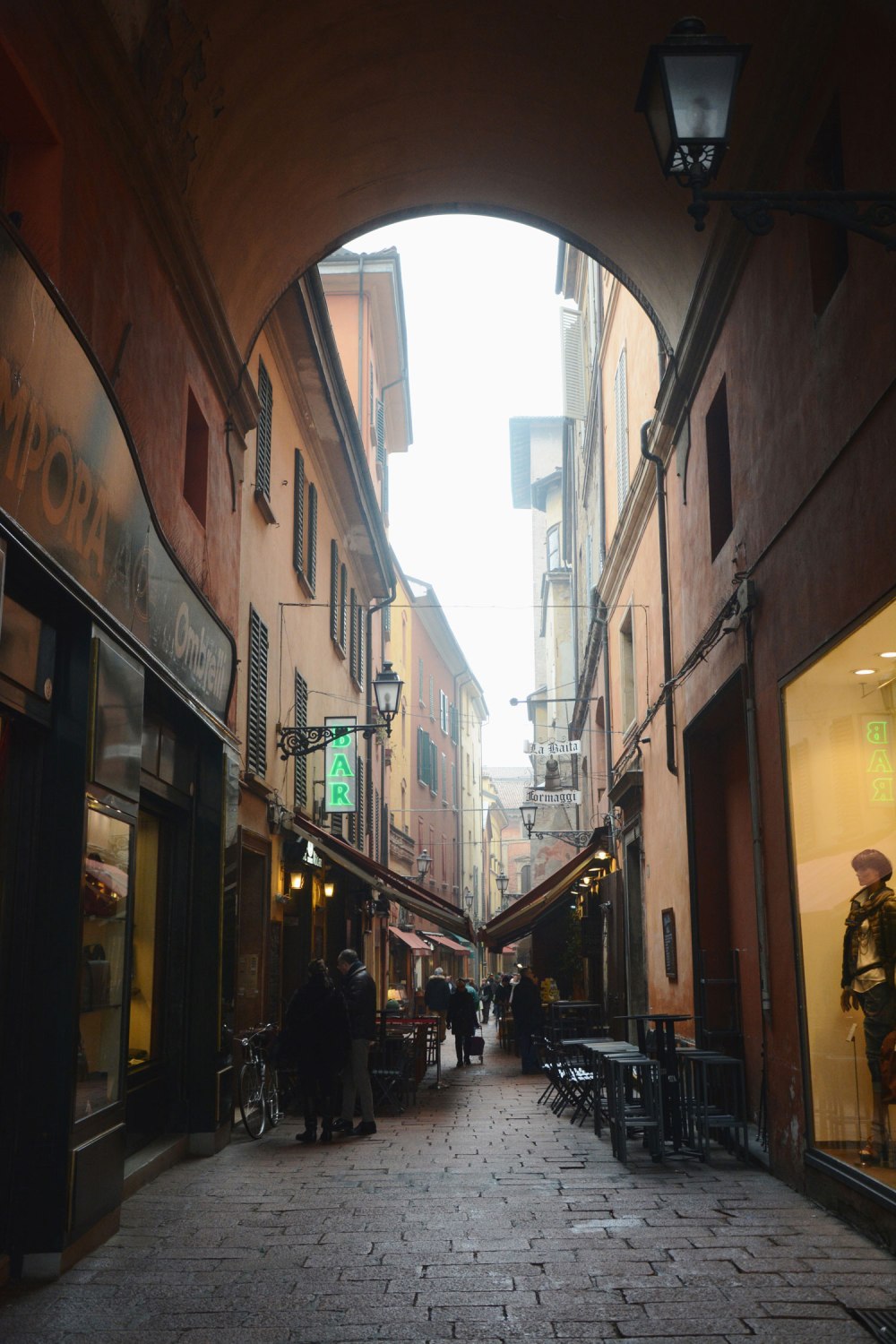 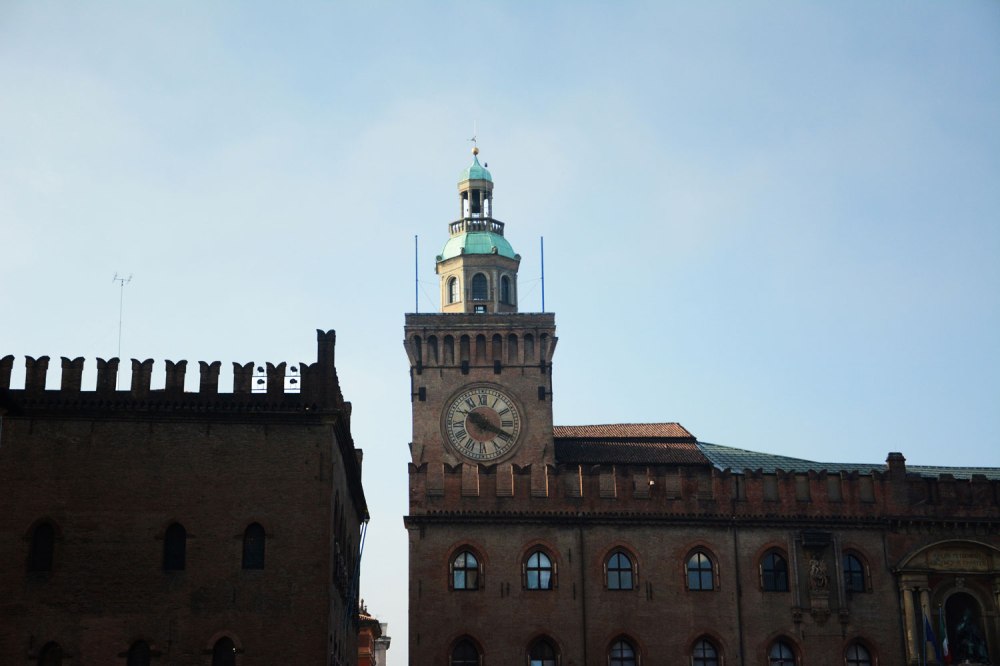 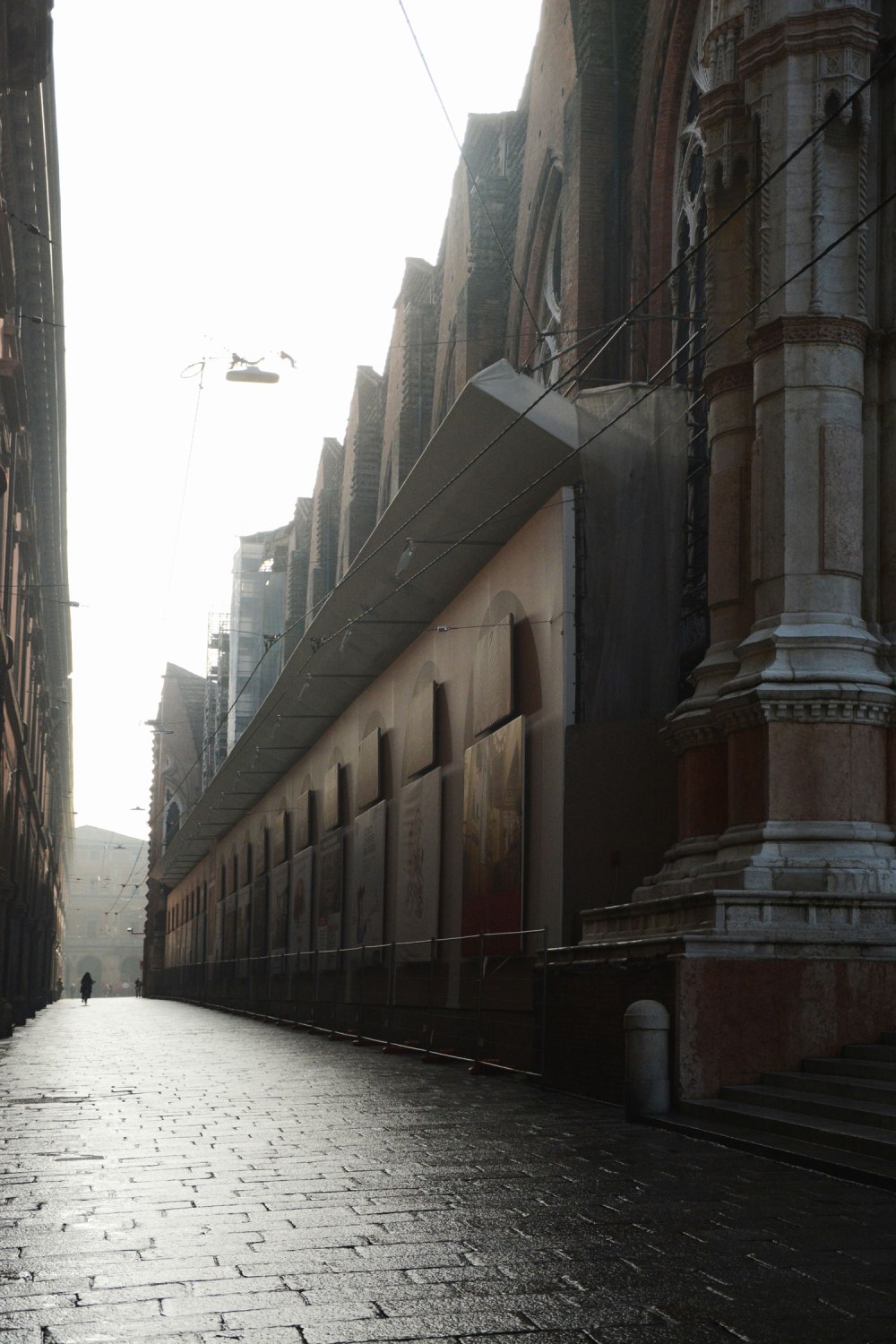 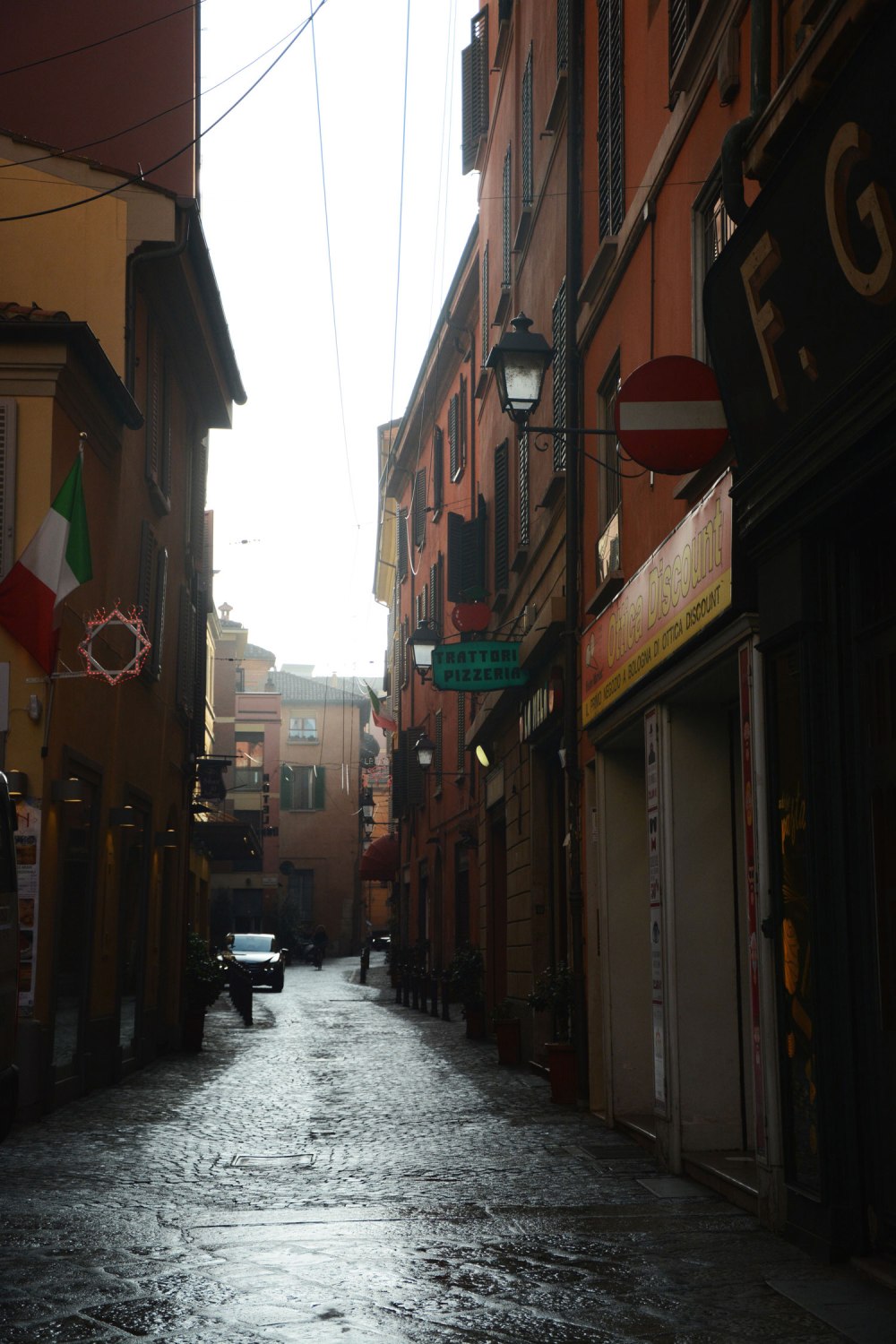