I had never been – or at least had no recollection of ever being – inside a cemetery until I visited the Old City Cemetery in Tallahassee when I was in college, but I had always been drawn to them. To how quiet and peaceful they seem, how respectful of the eternal silence in which its inhabitants find themselves. 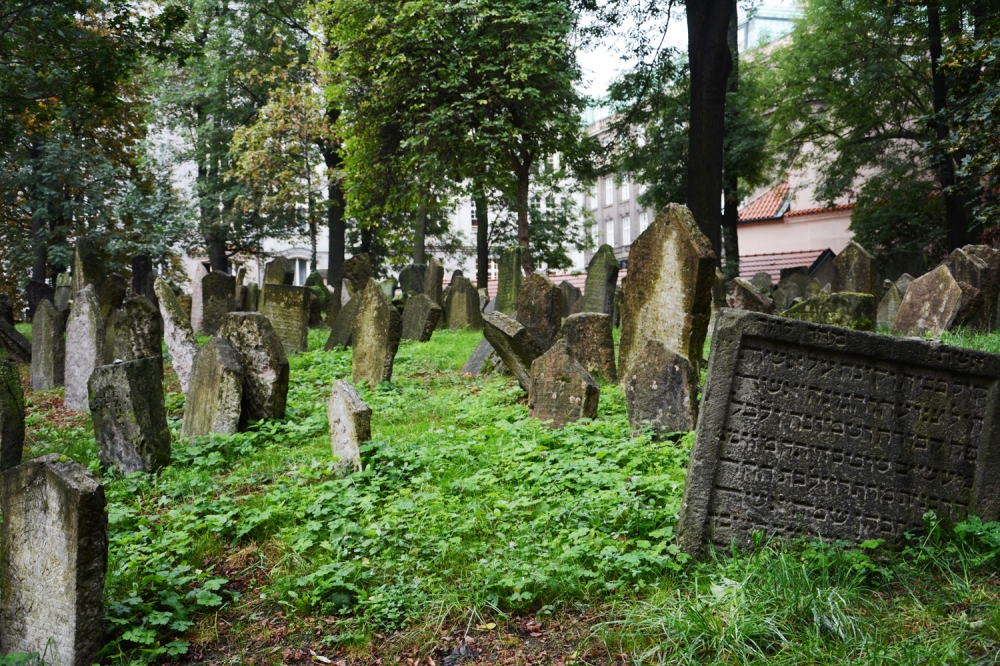 The Old Jewish Cemetery in Prague is a bit different in this regard, because since 1787 it no longer functions as a cemetery and is today part of the Jewish Museum in Prague. 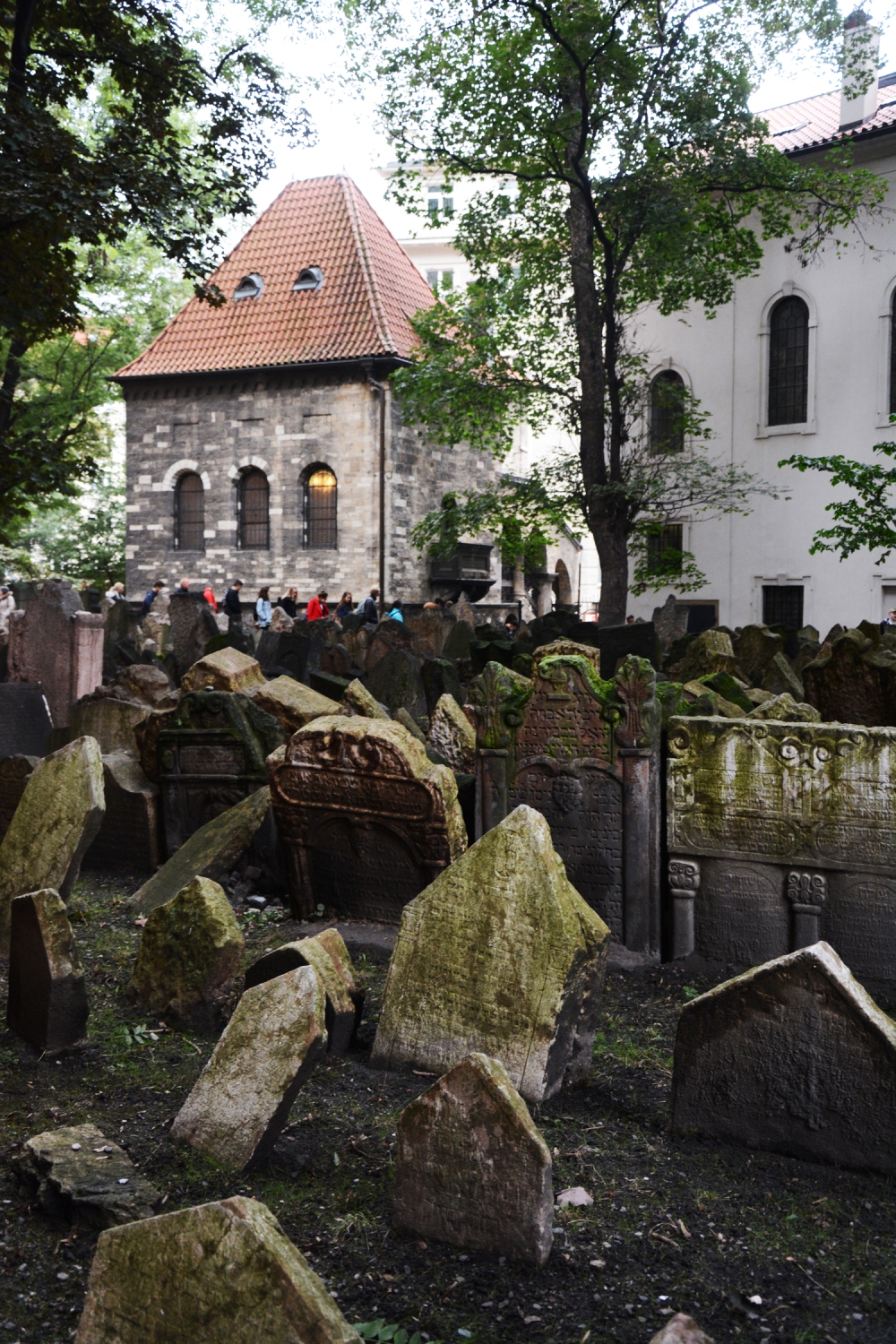 Located in the Josefov quarter of Prague (which I wrote about here), the Old Jewish Cemetery is the largest Jewish cemetery in Europe and was originally founded in the first half of the 15th century – the oldest grave is dated to 1439.

It is not the first Jewish cemetery of Prague, although its predecessor, the “Jewish Garden,” is now lost under the streets of Nové Město (New Town). 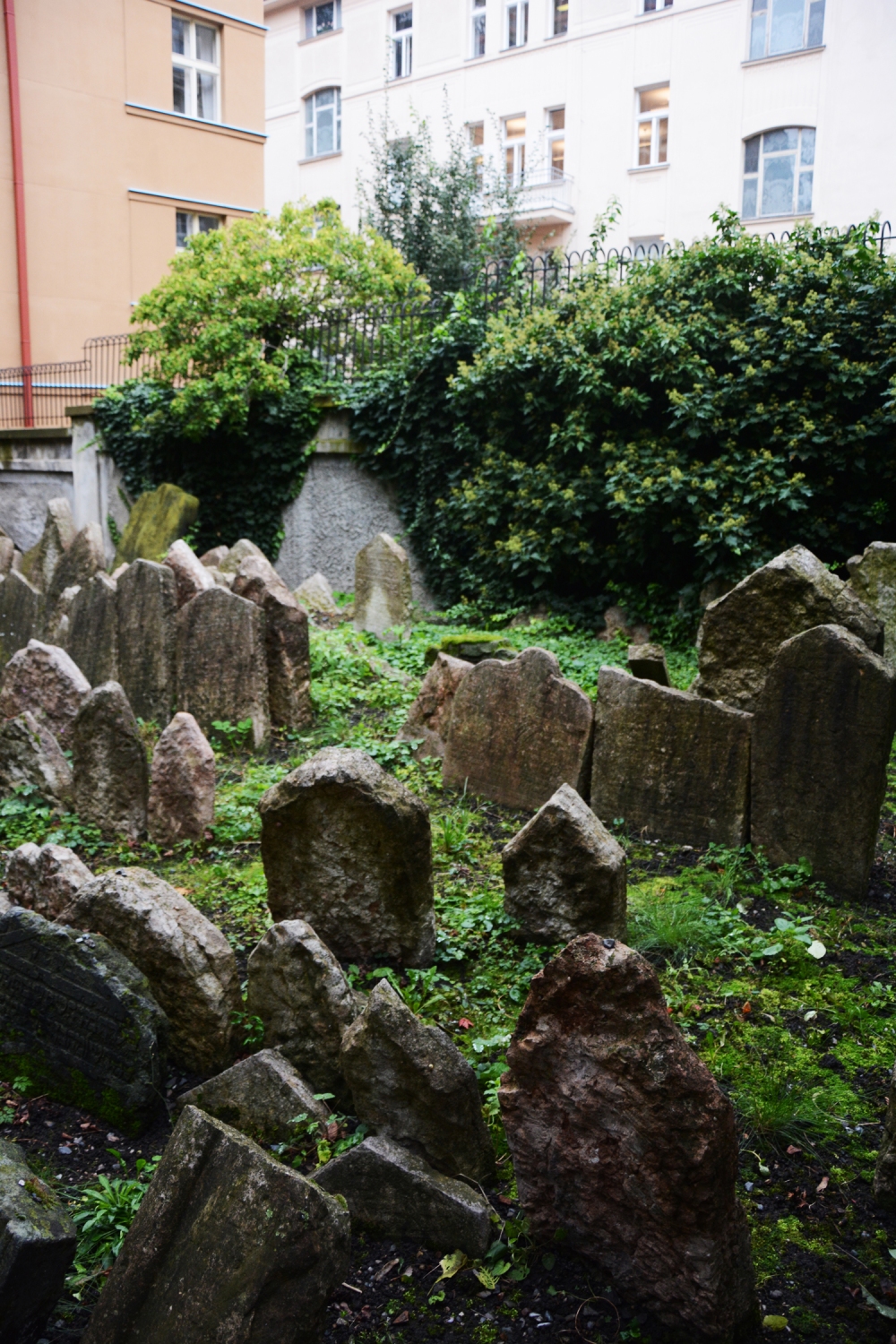 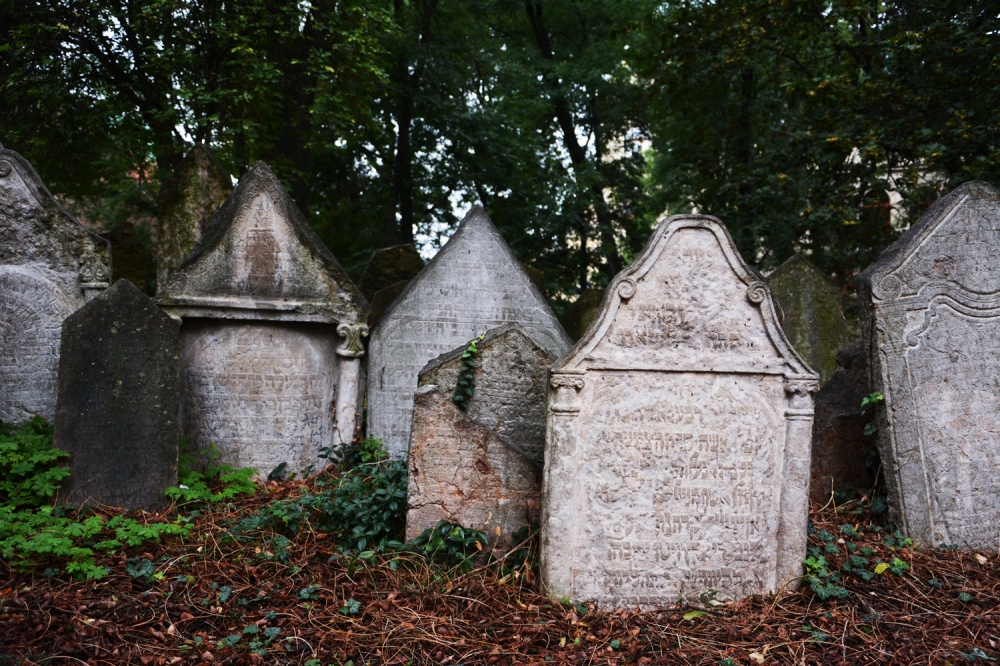 What’s truly remarkable about the Old Jewish Cemetery is that what we see is only the top layer of up to twelve. The reason for this being that the cemetery continually struggled with lack of space, and oftentimes the only way to acquire it was to pile new soil on top of what space they already had. I overheard a guide tell a group that those who were considered exceptionally important were moved and kept on the top layers, and there may be as many as 100,000 graves in the cemetery as a whole. 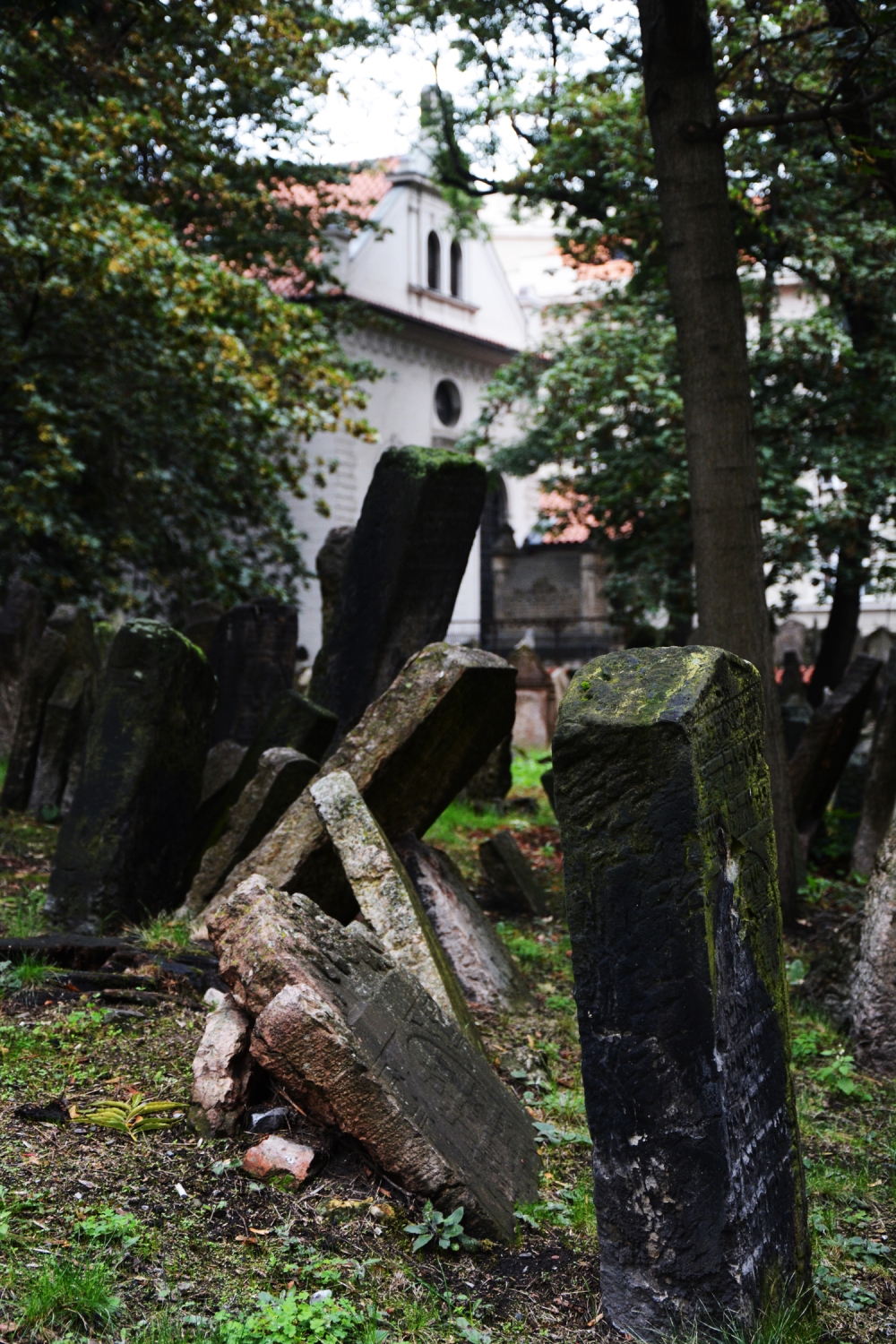 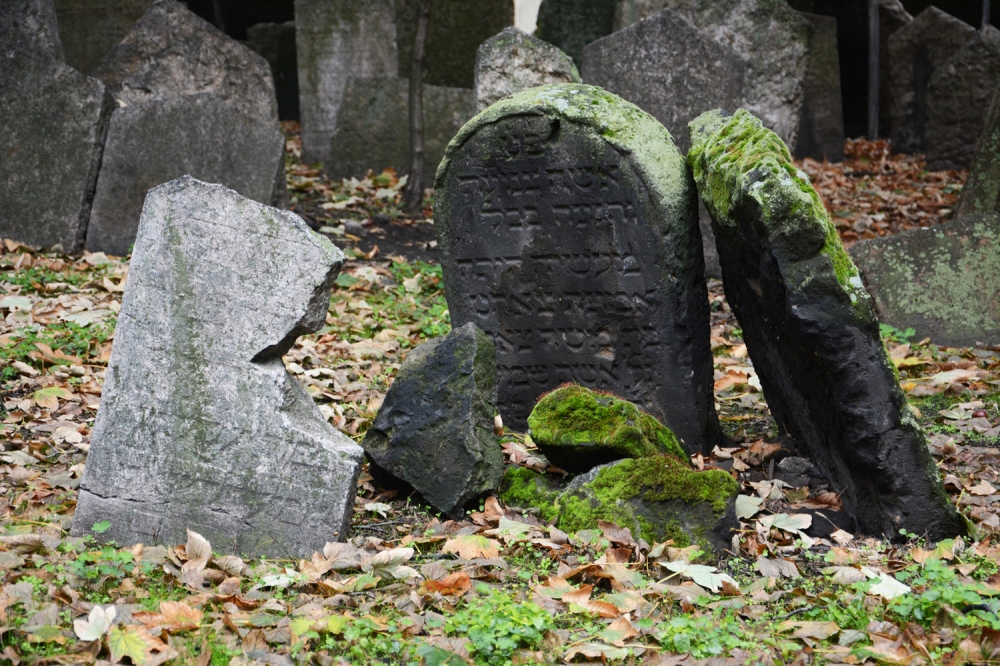 The result is this: a space overcrowded with tombstones, many of them cracked and piling upon their neighbors, all of it made even more haunting by the knowledge of what truly lies beneath the surface.

But I’d be lying if I said I didn’t find it beautiful. 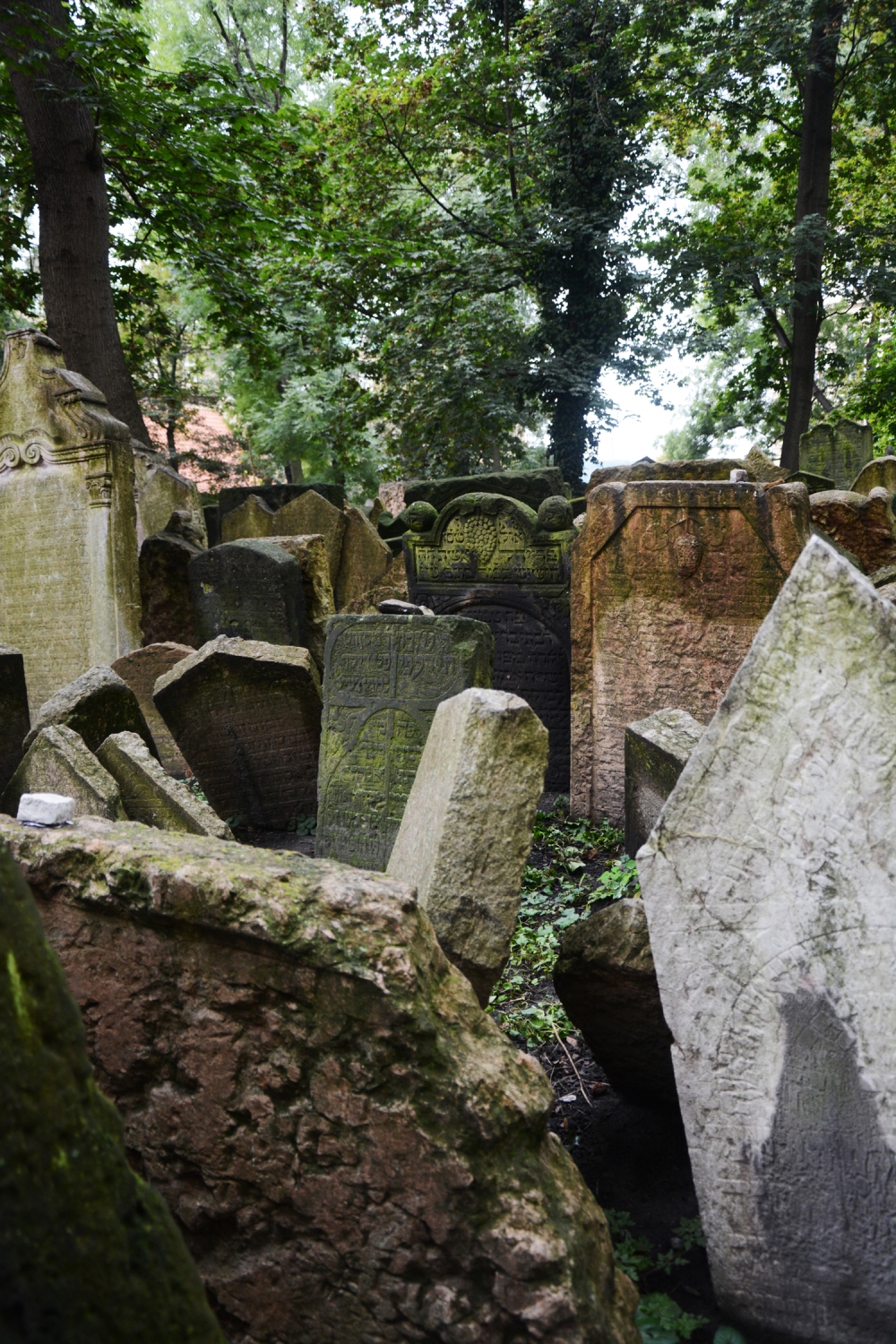